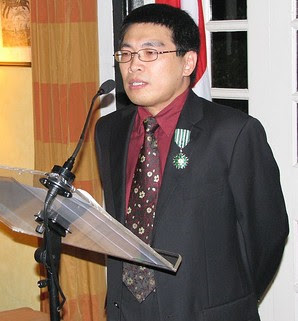 Tan Chan Boon's Reminiscence is perhaps the single most ambitious solo piano work by a Singaporean composer. It was commissioned for the Young Virtuoso Recital at the Singapore International Piano Festival 2008. Completed on 20 March 2008, the pianist who was to give its World Premiere on 5 July 2008 dropped it from the recital programme, citing its complexities and "unpianistic qualities". It was replaced by a much simpler work, Liszt's La Leggierezza.
The work begins with a Reminiscence theme (or "walking theme"), which was the big melody heard in Tan's Cherish (a symphonic poem commissioned for the 2008 Singapore Arts Festival, and premiered by the Singapore Festival Orchestra conducted by Chan Tze Law). Reminiscence was thus the logical sequel to Cherish. There are three fugues which follow; the Reminiscence theme appears at the end of each, and this also closes the work. Quotes from Tan's Fourth Symphony (yet to be premiered) also appear in the score.
Reminiscence was premiered by Japanese pianist Miyuki Washimiya on 17 November 2009. Scans of the score below (in Tan's beautiful handwriting, as he does not use Sibelius) are by permission of the composer. 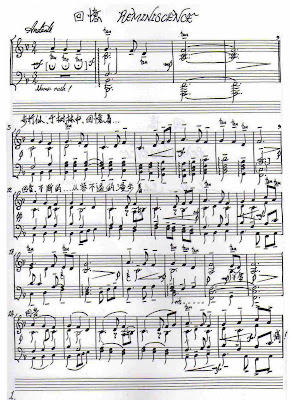 The opening page of Reminiscence (Hui Yi),
with its "Walking theme",
a melody which resembles Deep River. 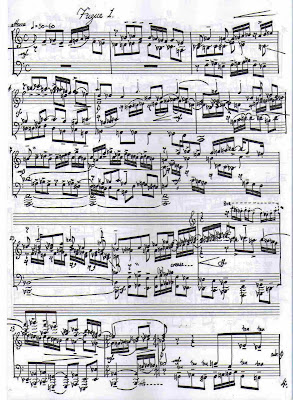 The First Fugue is the longest and
most complex of the three fugues,
and was originally a stand-alone solo piece. 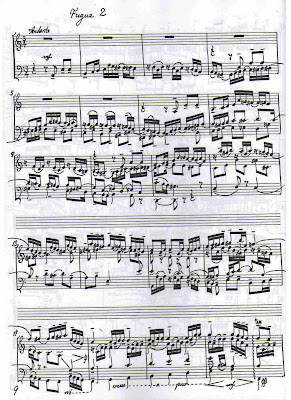 The tempo picks up somewhat for the Second Fugue. 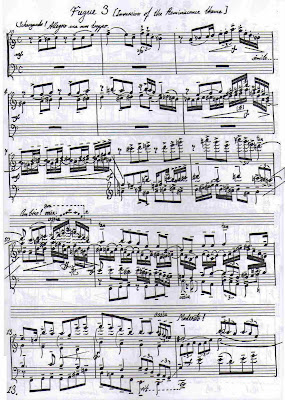 The Third Fugue is an inversion
of the Reminiscence or "Walking theme". 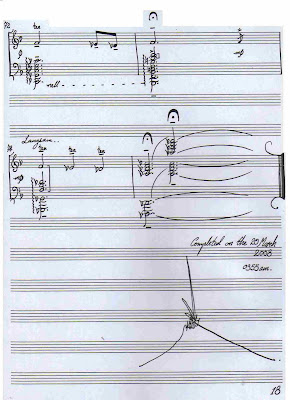 As with his other compositions,
Tan Chan Boon signs off with his
"Alpine" signature on the final page.
In 18 pages and playing for 24 minutes, is this the greatest piano work composed by a Singaporean?
Posted by Chang Tou Liang at 23:34