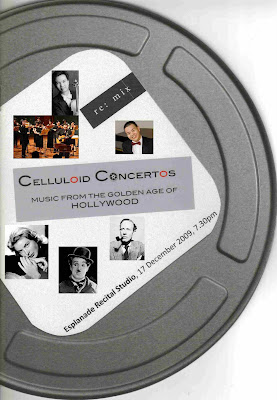 CELLULOID CONCERTOS
re:mix with Lim Yan, Piano
Esplanade Recital Studio
Thursday (17 December 2009)
This review was published in The Straits Times on 19 December 2009.
What would the cinema be without music? Much duller, one supposes, considering how movie music helps create an atmosphere, stir the emotions and prepares the mind for the climactic showdown. The latest offering by the hip petite orchestra re:mix was a tribute to film music from Hollywood’s “Golden” black and white age. 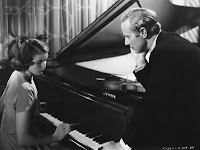 The names of Ingrid Bergman and Leslie Howard from Intermezzo (left) will conjure memories within people of a certain age-group, but the theme music by Heinz Provost remains ageless. re:mix leader and violinist Foo Say Ming extracted every once of its emotional excess and sentimentality with an oozing cantabile, while scenes and movie from the 1939 Selznick classic played on a screen behind. 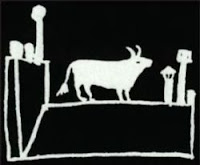 Altogether different was the anarchic absurdity of Frenchman Darius Milhaud’s Cinema-Fantasy: Le Boeuf Sur Le Toit (The Ox On The Roof), where shifting rhythms, jarring dissonances and wrong notes reigned. Scored like a violin concerto, its samba-like rondo got increasingly tipsy as a sense of progressive disorientation took over. The title was also the name of a Parisian nightclub, totally apt for its pantomime farce. 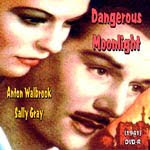 Pianist Lim Yan was the centre of English composer Richard Addinsell’s Warsaw Concerto, from the wartime movie Dangerous Moonlight (left). Its saga of fighter pilot Radetzky echoed the depression and rehabilitation of pianist-composer Rachmaninov, and the lush strains and virtuosic sweeps on the keyboard became a successful pastiche of the Russian’s hyper-romantic piano concertos. Lim lapped it up with the relish as if it were the real thing.

Franz Waxman, better known for his Carmen Fantasy, wrote a Tristan And Isolde Fantasy for Humoresque (1946, left), scored for violin, piano and orchestra. Based on themes from Wagner’s iconic opera, its unresolved Tristan chord mirrored the story’s forbidden and ultimately fatal love. The vision of relentless waves was accompanied by Isolde’s final Liebestod (Love And Death), as the heroine submerged into a watery oblivion.
The hour-long concert concluded with a piece of Charlie Chaplin, an upbeat arrangement of Smile by Toh Tze Chin. Snappy and snazzy, the festive mood could not have been better heralded.
Posted by Chang Tou Liang at 09:28