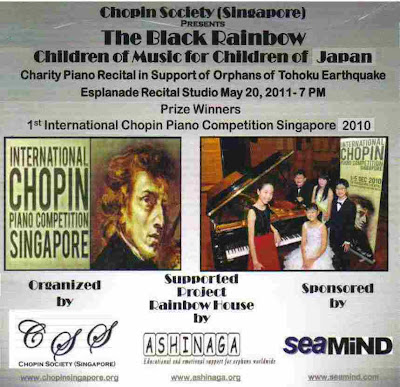 An edited version of this review was published in The Straits Times on 23 May 2011 with the title "Talented showcase of Chopin".

The recent natural disasters in Japan have given cause for another charity concert, the latest organised by the Chopin Society of Singapore. This recital presented twelve young pianists aged 9 to 20, all living in Southeast Asia and winners of the First International Chopin Competition Singapore (2010). All’s the pity that the event was organised in relative haste, hardly publicised, drawing only a small audience.

The programme was varied, and given the limited playing time for each performer, tended to showcase the technically spectacular over the spiritually profound. Some were not ready for their pieces. For example, a 16-year-old Indonesian girl had neither the fluency nor razor-sharp wit for Poulenc’s Three Novelettes. And while an 11-year-old Singaporean boy had all the notes for Debussy’s elusive Eleventh Etude strung together, did he actually understand what he was playing? 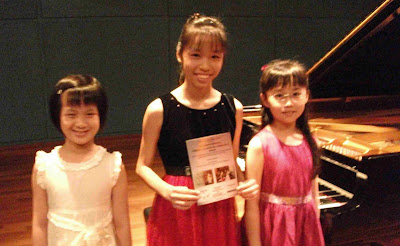 There were, of course, well-groomed lasses licensed to thrill. The two youngest were among the most impressive. 9-year-old Celestine Yoong (Malaysia) dextrously articulated the birdcalls of Rameau’s Le rappel des oiseaux with enviable ease while Kennis Ang (Singapore) was nonchalantly agile in Earl Wild’s finger-contorting transcription of Gershwin’s I Got Rhythm. It was as if both were saying “I got fingers!” And what fingers those were!

Some maturity worked to the advantage of Nicole Ong (12, Singapore) and Jennifer Ongkowijoyo (13, Indonesia). The former’s reading of Debussy’s Jardins sous la pluie (Gardens in the Rain) was full of light and shade, marvellously pedalled, while the latter keenly brought out the dramatics for the first movement of Mozart’s Sonata in C Minor (K.457) and a Brahms Capriccio. 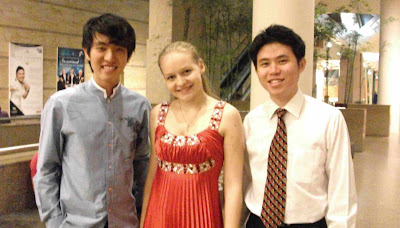 The best performances came after the interval, beginning with Kseniia Vokhmianina (20, Ukraine) in a passionate and rock-steady performance of Chopin’s Fantasy in F minor (Op.49). Her blonde flowing locks belied the gravity of her masterly interpretation. Cherubic-looking Randy Ryan (15, Indonesia) played a mean devil in Liszt’s First Mephisto Waltz, unafraid of taking risks for which fistfuls of wrong notes were readily atoned.

Azariah Tan (19, Singapore) provided the sublime element in the opening movement of Schumann’s Fantasy in C major (Op.17), where a plethora of young love, nostalgia, longing and regret came gloriously to bear. Leaving the best for the last, the statuesque Zhaoyang Mingtian (17, China) applied the last degree of polish to a Chopin Mazurka and Tchaikovsky’s tragic Dumka. A lot more will be heard from these talented young people in the near future.

If you wish to contribute to the Orphans of the Tohoku Earthquake, please visit: www.ashinaga.org
Posted by Chang Tou Liang at 10:06