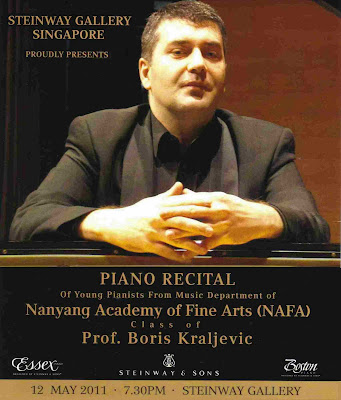 The Steinway Gallery Singapore at Palais Renaissance has been open for a couple of months, and recitals have begun. Soon this will become a focal point of high musical culture in the city, countering the shopping frenzy and sleaze that is Orchard Road (and neighbouring Orchard Towers). Seven students of Montenegrin pianist Boris Kraljevic at the Nanyang Academy of Fine Arts were on hand to apply this new coat of paint. 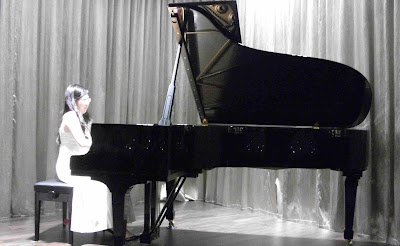 The evening began with Liu Ruishan (China, above) performing Chopin’s Scherzo No.4 in E major (Op.54). She has the full measure of the notes, but something was missing in her reading of the most elusive and skittish of Chopin’s four Scherzi. A free-wheeling quality and grasp of its implicit humour is what separates the exceptional from the merely good, but she produced a nice legato in the central section which gave a gloss to the performance as a whole. 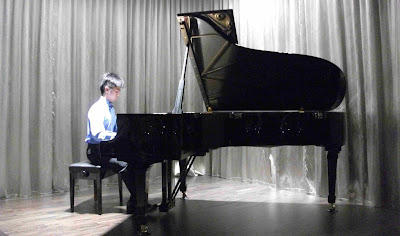 Aditya Permana (Indonesia, above) performed the first movement from Schumann’s Sonata No.1 in F sharp minor (Op.11). He gave the introduction an arresting feel, with due attention paid on the dotted rhythms. The Allegro vivace sounded over-pedalled where a crisper sound would have been preferred. The unrelenting drive that powered the movement showed he had both energy and reserve to make the music relevant. 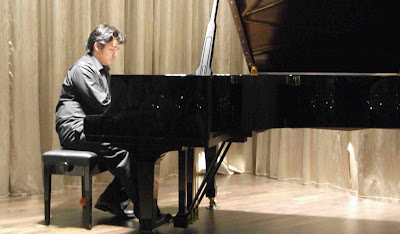 There was something ungainly about the performance of the first two movements from Bartok’s Suite (Op.14) by the burly Fung Chuntung (Singapore, above). Under-pedalling lent the music a dry sound, and the clackity-clack of his fingernails on the keys did not help. He does have good rhythmic sense, but the second movement was undone by inaccuracies. Every note must fall in place for this work to be successful. 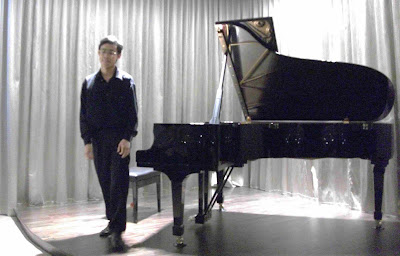 Cheng Choong Seng (Malaysia, above) produced a big sound from Chopin’s “Heroic” Polonaise (Op.53), but this was somewhat unevenly applied. His is a volatile spirit who goes for broke, but sometimes the music could do with less brawn and less extraneous movement. The notorious left hand octaves were steady but tended to be workmanlike, and the effect of overwhelming energy was lost. 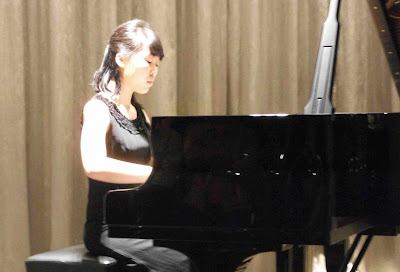 The choice of Ervina (Indonesia, above) to play four of Shostakovich’s 24 Préludes (Op.34) was a strange one, as she neither has the technique nor sense of irony to do these deceptively tricky miniatures justice. Only in the E flat minor (No.14) number was the funereal overtones with its tolling bells well captured. The rest just lacked the requisite humour and wit. 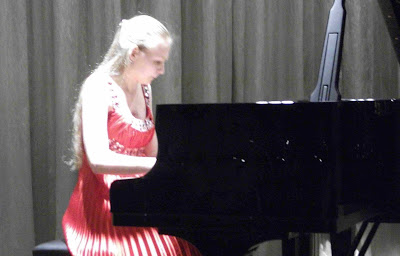 The best performance of the evening came in Chopin’s Fantasy in F minor (Op.49) from Kseniia Vokhmyanina (Ukraine, above). The opening slow march was well-paced and wonderfully pedalled, and the aristocratic mien was maintained through the entire piece. There was no shortage of passion and pyrotechnics, and the central chorale was deeply felt, with a velvety touch that was hard to ignore. 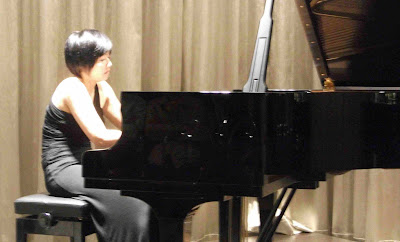 Not to be outdone was Nguyen Tien Khai (Vietnam, above) in the first movement of Prokofiev’s Sonata No.8 in B flat major (Op.84). The least violent of the three “War Sonatas”, the Andante dolce opening had a suitably languorous feel, helped by exquisite pedalling and a well-judged control of its sonorities. The subterranean rumblings and filigreed passages of the middle section held no fears as she weathered the tempest with much flair and purpose. There were missed notes for certain, but that did little to unfaze this, a truly volcanic performance which closed the recital on a high. 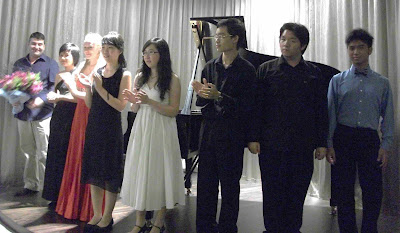 A chuffed Boris Kraljevic (extreme left) with his students.
Posted by Chang Tou Liang at 09:40