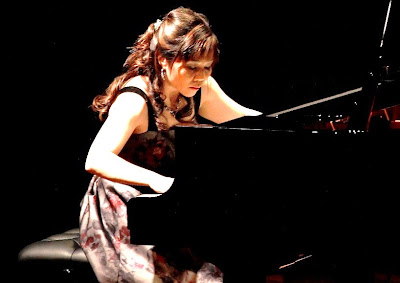 It is known that many great pianists also teach, but it is not necessarily the case vice versa that well-established piano teachers perform in public. That will be the day when all of Singapore's piano teachers turn up for a piano recital and fill up Esplanade Concert Hall, but until that happens, JOSEPHINE KOH, Singapore's first and only Bösendorfer Artist, hopes to change that notion that "If you can't perform, teach". Her programme is a very challenging one that deserves an audience, and Pianomania is fortunate to catch up with her for this exclusive interview. Her programme:

Briefly, tell us about your early musical training in Singapore.

Yes, I had piano teachers, the most memorable and caring was the kind Ms Low Siew Kwi who started me off so very well. I also had very positive teachers at school, for music and other subjects. After completing my “A” levels, Fellowship (Trinity College of London), and having learnt German at the Goethe Institut, I might have left for Germany at 20 or 21, after being accepted into the Hochschule at Berlin and Hamburg. But call it destiny…life's full of it. The West and East Germans were having problems, and it was not a right time to go.

What factors led you into a life of music, teaching and performing? What were your inspirations?

I was advised to take up jobs in Singapore. I became Music Lecturer at LaSalle College, having been known as a pianist at various private functions, particularly by its then-Head of Music, Mrs Georgina Emmanuel and Brother Joseph McNally. 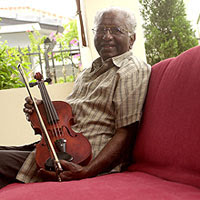 I was lucky in other ways. I had very strong influencing mentors including Mr Paul Abisheganaden (left), then the Director of the National University of Singapore’s Centre for Musical Activities. I was the pianist for their Harmonica Group and tutor for the NUS Piano Ensemble at age 21. Paul guided and enlightened me in many ways, on how to become a really good professional musician. I played for the NUS Symphony Orchestra, his church and at many official occasions. He was my mentor till his last days. He knew every progress I made over the last 20 years. He also introduced me to many people and told me always, what was right and not right to do. 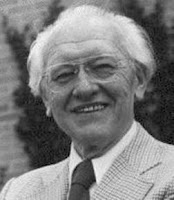 I had many strange life encounters, but one of the earliest and greatest inspiration was from Karel Husa (left), the Czech-American composer who spoke with me after his lecture in Singapore. I still remember: having shown him one of my piano compositions at the lobby of Shangri-la, he told me about in-roads into a musical career. At 70, he seemed to give me a torch. It's really hard to explain. But he was magic to me. He spoke about hoping to see my name on a big screen at the end of a film, or on a concert programme some day. He tried to remember my name, muttering "Josephine Koh" many times. 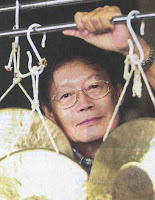 I also studied composition privately with Mr Leong Yoon Pin (left). He was a very quiet man, and I learnt an “inner peace” from him, about quietly doing one's things. He spoke to me about many things: about life, music, his beliefs… In a way, my life's perspectives were being shaped. I have great respect for him. I learnt through listening very attentively to him and asking questions. His secrets were often revealed at the quietest and most contemplative moments. He studied with Nadia Boulanger. If anyone wonders about the secrets of my theory …… I learnt much about Boulanger's discipline of pastiche writing and teaching methods.

There were the other Abisheganaden brothers too. It was Geoffrey and Alex who advised and helped me set up the Josephine Koh Music Studio. Coming back from Europe, I eventually decided to do the Singaporean thing and complete my Bachelor’s degree in English and Management at the Open University of UK. In 2005, with the restructuring at Yamaha Music, I decided to publish my own books under Wells Music Publishers.

You have devoted yourself to a life of teaching, either inspiring students on the keyboard as well as directing the NUS Harmonica Ensemble. What prompted you to make a comeback in performing on stage?

I never really stopped practising or performing as a musician, just less intense. My last solo recital was in 1997. With my appointment as a Bösendorfer artist and children growing up, it is now possible to return to performing and travelling again.

Tell us a little about your really demanding concert recital programme!

I'm playing it because I won’t be able to do it if I get any older! This programme has been carefully thought out. These are not pieces that I learnt recently or over a few years. The last time I played the Schubert Wanderer Fantasy was in 1994, and the Liszt Sonata in B minor in 1997. Over that period, I studied with Maestro Vincenzo Balzani in Milan and played a number of recitals then, flying between Singapore, Italy and the UK. Those were the days of life's greatest experiences…

How does one prepare for such a recital programme like this?

Practice, exercise and pray… and there are the dos and don'ts. It is both a mental and physical exercise. Behind it all, I cannot deny Maestro Balzani's ears, advice and counsel. I realised recently that every great pianist has had a great, quiet, influential mentor throughout their careers. To be on one's own is far too dangerous. I studied hard at conducting too, and it has given me a lot of insights into my piano playing. My most influential and demanding conducting mentor is Ovidiu Balan, who coincidentally is a great friend of Vincenzo Balzani. 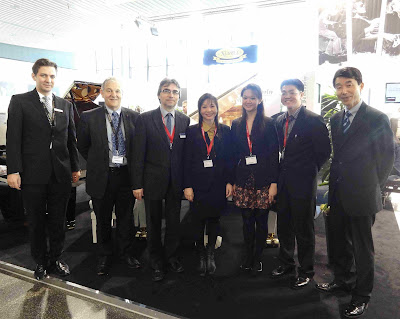 Josephine (centre) with Bösendorfer and Yamaha representatives in Frankfurt.

You are Singapore’s only Bösendorfer artist. What does that actually entail, and how did you get bestowed that title?

There is an agreement and contract. But the Bösendorfer people are such beautiful, gracious people who respect their artists. What really needs to be done or is expected is almost mutually understood by them. When I was nominated, they visited me at my home and music studio. It wasn't even expected. I did not take up the offer initially as I was too busy and caught up with things. But life has its turning points, and I eventually plucked up the courage to give it a shot.

Maybe you might find this Vienna story interesting. I was received at Vienna airport for an impressive week-long itinerary that began with a 2-hour lecture-tour of the Bösendorfer factory. I was introduced to Bösendorfer people at various levels, and was assigned a full day to select my piano. I was brought to met the artist technician, who astounded me with the unbelievable acuteness of his ears and an innate understanding of an artist's touch, sound and needs. After the selection, the piano was brought to the salon and I had to play. It was so so unnerving, and I don't know what could have happened if it didn't go right!

The artist manager took care of me, and I was introduced at lunch to the conductor of the Vienna Philharmonic Orchestra. There were concerts and many discussions during lunches and dinners at high profile restaurants, which turned out to be informal interviews!

Eventually, I received my piano in November 2009, a 225 concert model. Having delayed my duties as a Bösendorfer artist by a year due to family commitments, the Premier Piano Launch organised by Yamaha at the Esplanade Recital Studio was held in January 2011. The announcement was made and the title officially bestowed. With the agreement eventually signed in April 2011, I met the Bösendorfer team in Frankfurt at the Musikmesse where we also held an exhibition for Wells Music Publishers. I was told that Bösendorfer had conducted various checks on me over more than a year.

It is well known that there are tens of thousands of music students in Singapore, but that does not translate into concert attendances. What can music teachers to encourage more of their students to attend musical events?

It’s our whole culture here in Singapore, and it’s has been so difficult all this while. If not for the great people behind my life, and God's many blessings, my story would have been a very different one. I would certainly continue to do my best in various ways to help music teachers and their students.

Josephine Koh was interviewed by PianoManiac.
Posted by Chang Tou Liang at 09:36