Some Words with YURI BASHMET, Violist and Director of Moscow Soloists 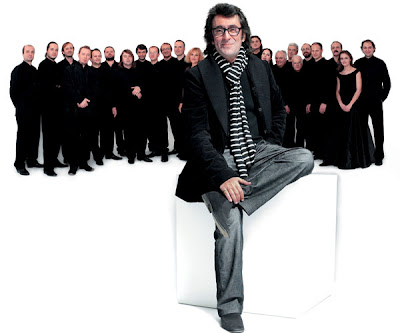 This year's Singapore Arts Festival looks pretty paltry on the classical music front, but right smack within it appears a concert that gives some semblance to the term "international arts festival", one given by the famed MOSCOW SOLOISTS led by the legendary violist YURI BASHMET. It is not part of the Arts Festival, but this marvellous ensemble had performed brilliantly at the 2009 Singapore Arts Festival, and its return is a much welcome boost to our music scene that has been short of class international acts of late.

Here, we are privileged to have an exclusive interview with YURI BASHMET. The Moscow Soloists and Yuri Bashmet performs at the Esplanade Concert Hall on Friday 25 May 2012. The concert is sponsored by Gazprom. 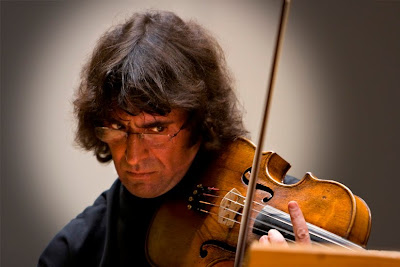 You must have grown up with all those viola jokes. Are Russian viola jokes any different from American or British viola jokes?

Of course I know these jokes about viola players!  About two years ago, one Russian publishing house actually came to me asking me to write a preface to a collection of anecdotes about the violists. I was really pleased to write this preface. I think that Russian, American and British jokes about viola players are largely similar. These jokes are associated primarily with an incredible sense of humour from the violists themselves, and with the fact that they are always cheerful and inoffensive.

You studied with violists Vadim Borisovsky (of the Beethoven Quartet) and Fyodor Druzhinin (who premiered Shostakovich’s Viola Sonata). What were they like and how did they influence you?

I did not study with them, they were more like my teachers. First, it was Vadim Borisovsky, and after his death Fyodor Druzhinin.  Each of them influenced  me in their own unique way. Borisovsky was the founder of the Russian viola school. He was a man with a great versatile mind and education. He taught me not only in musical but also in human terms. Druzhinin was a great musician. I studied under him when I was finishing my education at the Moscow Conservatory and had won the international competition in . They were very different, but both of them taught me important things to understand the music, style and professional matters. 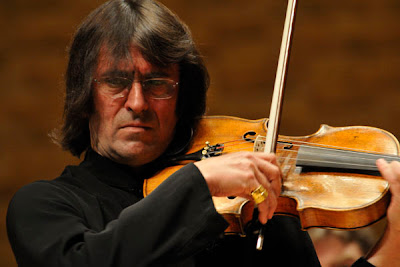 Did you also work with Rudolf Barshai, the great conductor who founded the Chamber Orchestra who began his career as a violist?

I knew him well. In fact, when Barshai immigrated from the to the West, I actually went  on a tour with them  in  as a soloist. Several years ago I performed at a concert in playing the viola that Barshai used in all his famous recordings. It is one of the best Stradivarius violas I have ever held in my hands.

Do you still play on your 1758 Paolo Testore viola? What are some of its special and personal qualities?

Yes I do. It is the same make as Mozart's own viola, with just an age difference of three years between these two instruments.  My viola is more for projection while Mozart's is more suitable for chamber music as it has a very rich colour to the sound. In fact, I have even played his instrument once before at the Salzburg Mozarteum.

What led you to founding the Soloists in 1992? Did the dissolution of the have a part to play in its formation?

I created the Moscow Soloists during a very difficult time for . The country had only just begun restructuring and she was still really bad with money. Musicians, both well-known and the young ones, mostly went abroad. But Nina Dorliak, Richter’s wife, spoke to me and told me something like this, "Yuri, young musicians here need you, your support, and your attention. Create a new ensemble from the best of all the students and graduates in the Moscow Conservatory to try and keep young talented people in the country. It is so important to the Russian culture and mostly importantly, to you." I thought about it and realised that she was incredibly right. So I did it and despite all the difficulties in the past twenty years, I have never regretted it. 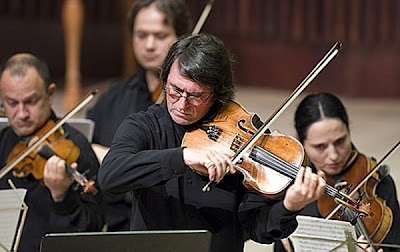 The repertoire of the Moscow Soloists encompasses early classical music to 21st century works, including music which highlight the viola. In the concert on 25 May, viola works by Paganini and Stravinsky are on the programme. What do these works mean to you?

Both works are transcriptions for viola.  Surprisingly, both these works express the idea of expanding  the repertoire for violas.  Paganini did not write works for viola and orchestra. There are only a Grand Sonata and Sonatina for viola. However, there are several quartets where the viola’s part is very well developed, and Paganini played the viola in these quartets. The transcription, I would even call it even a major reconstruction of one of these quartets, led to the creation of the Concertino for viola and chamber orchestra.  Paganini is performed exclusively by the Moscow Soloists and I. The Russian Song by Stravinsky is comes from his opera Mavra. This is a stunningly beautiful piece of music that I hope the audience will like.

Tchaikovsky’s lovely Souvenir de Florence was originally a string sextet.  (I remember the splendid recording in which you played with the Borodin Quartet.) Is it better in the form for string orchestra?

It does not sound better, but is simply presented in another way. I would say it resounds with greater  volume and saturation. Of course we do not change anything from the point of view of music, but the sound and its “colour” is transformed during the performance of this piece.

What are your memories of and the Esplanade from your last visit in the Arts Festival 2009?

I remember the wonderful Esplanade Concert Hall with its very good acoustics, as well as the fantastic reception from the audience who came to our concert three years ago. I hope that this reunion with  will be even better.

Yuri Bashmet was interviewed by PianoManiac.