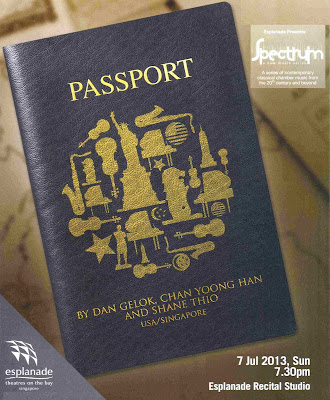 This review was published in The Straits Times on 9 July 2013 with the title "Passport to new music".

The medium of saxophone, violin and piano as a trio is a relatively new one, but it is a combination that works well. As it does not radically depart from the more established clarinet-violin-piano trio format successfully experimented by Brahms and Bartok, the sounds that came out from this concert were more pleasing than one might have initially expected.


The Singaporean-American angle of the programme was also an interesting one. American saxophonist Dan Gelok and Singaporean violinist Chan Yoong Han are related by marriage (they are brothers-in-law), and all three Singaporean and locally-based composers represented had spent time in the States. However the musical idioms explored were almost wholly American.

Russell Peterson’s Trio (2007) that opened the concert was the most conventional work, its three tonal and accessible movements utilised elements of popular music, jazz, blues and even a hint of klezmer. The primal ostinato dance rhythms of the opening movement made fascinating contrasts with the hymn-like slow movement and minimalist perpetual motion of the finale. In short, this was a friendly primer to the all-embracing medium that is American music.

Two Singaporean works that received World Premieres were aggressively atonal. Kawai Shiu’stwenty six eighty seven (2010) for solo saxophone, was a tribute to the American modernist composer Morton Feldman (1926-1987) of the , whose birth and death years are reflected in its title. Its virtuosic soliloquy, full of animated, abrupt and sometimes violent shifts in dynamics, was settled by a few long-held notes which typified the American’s philosophy of msical economy – the fewer notes the better. 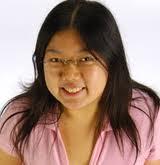 Emily Koh’s bridging: isolation (2013) treated saxophone and violin like fraternal twins, each with its own voice that could be heard separately or together. In the latter, they bonded with synergy at times yet brought out moments of conflict, with Shane Thio’s piano being an impartial observer. 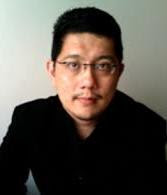 Zechariah Goh Toh Chai’s Suite (2006/2010) for saxophone and piano was a return to the realm of tonality with three contrasted movements that seemed to echo the Peterson work. As a Singaporean who studied in Kansas, Alone And Distant, the second movement palpably reflected a melancholy of being away from home. The outer movements saw the insides of the piano being played while the keys of the saxophone treated like percussion.

The final work, Evan Chambers’s Come Down Heavy! (1994) is typical Americana in the way how pioneer Charles Ives adapted old sung melodies, bringing them up to date in a coherent and distinctive manner. Gelok’s saxophone lustily sang out the work song John Henry in Steel Driving Man, while Chan used a second violin (tuned differently) to play I Gave My Love A Cherry in the inimitable manner of Celtic fiddling. The raucous finale Drill Ye Tarriers saw another song turned from a swinging reel into a vertiginous tarantella.

Sending off the 70-minute-long concert with hearty applause, the small audience showed that the message of new music had fallen on fertile ground.
Posted by Chang Tou Liang at 08:00