GRAMEX: MY FAVOURITE CD SHOP IN LONDON (POSSIBLY THE WORLD) 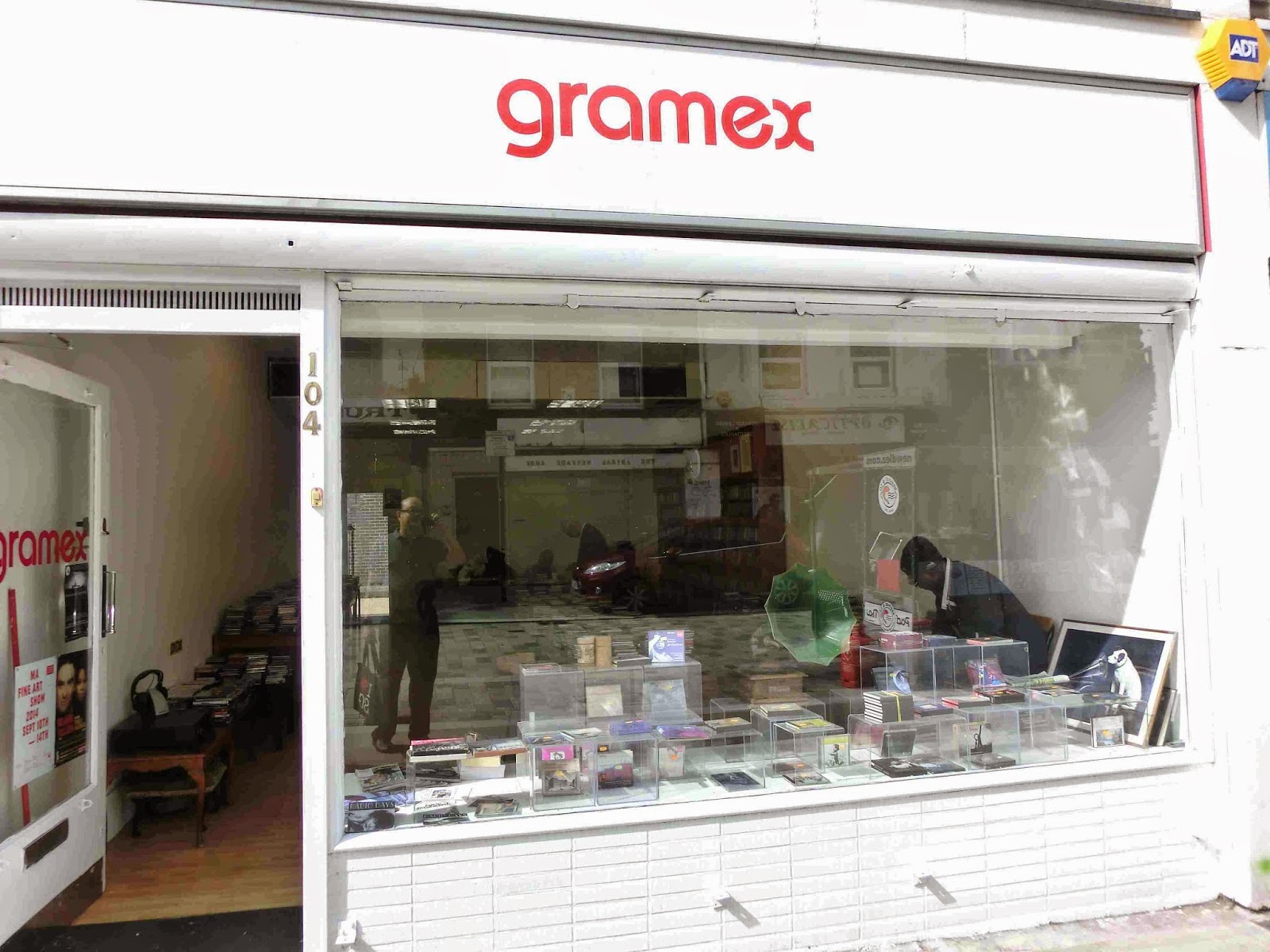 With the Compact Disc being gradually replaced by downloadable digital media, the traditional bricks and mortar CD shop is dying a sure and lingering death (for collectors, that is). That explains why there are no decent CD shops for classical music in Singapore. The once great HMV has become reduced to a pitiful half a shelf stocking things by Il Divo, Susan Boyle and André Rieu (yecch!). Even London's HMV in Oxford Street has become a pale shadow of itself.

...which is why a shop like GRAMEX is heaven-sent for collectors of classical CDs. In existence in London for over a century, it is purportedly the oldest surviving independent record shop in the world. Gramex deals mostly with second hand CDs, many obtained from collections, but there are some new CDs still in their shrink package, but half of the usual retail price. 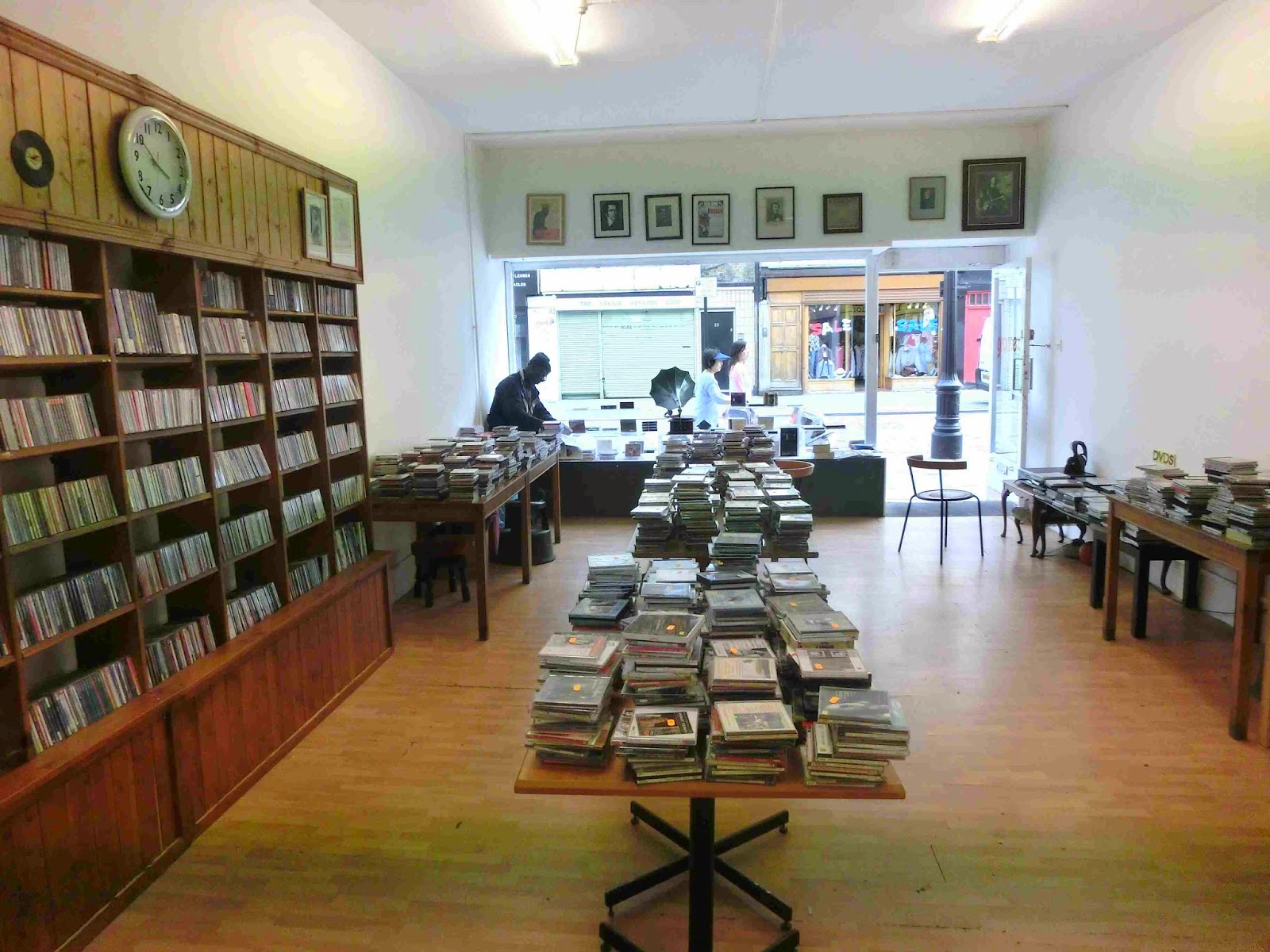 Gramex is located at 104 Lower Marsh, just behind Waterloo Railway Station, and has been there for almost the last half-century, although the shop space has moved occasionally within the same street. It is owned by septuagenarian Roger Hewland (below, seated in his Director's chair), who has been its custodian since 1980. According to him, he had sold over 2 million recordings (LPs and CDs) over the last 34 years!

I first stumbled upon this Aladdin's cave of musical treasures in 2002, when idling around the South Bank in between sessions of the London International Piano Competition (a proud institution now sadly retired). What a wealth of recordings it had, including many deleted items price from 1-8 pounds a piece. This is since been a must-visit place for me during every trip to London.

One needs to spend at least an hour or two to rummage through the piles of CD spread over many tables and shelves. The items are arranged in no particular order, which makes the discovery of certain items a pleasant surprise, especially when you thought that item had been deleted a long while ago, and had given up hope of ever finding it! Prices range from 4-8 pounds per disc these days, but it is still a bargain.

Mr Hewland makes you welcome at every opportunity, even if you do not intend to buy (which is never the case here). He offers you coffee or tea, as you make life-changing decisions of adding to your own collection. Credit cards are accepted, and then he gives you a whopping 15-20% discount on all your purchases. All CDs are guaranteed for 2 years, and you can return if not satisfied!

Imagine how it made my day when I got the London Symphony Orchestra set of Mahler's symphonies conducted by Valery Gergiev at just 24 pounds!

Enough of photos of Gramex, and below are some photos of Lower Marsh. It used to be a grotty area, but has since been gentrified. There are outlets selling street food (Thai and Cuban among them) and it looks like a pretty Bohemian place to be!