SINGAPORE THROUGH THE GLASS / re:mix with FOO SAY MING / Review 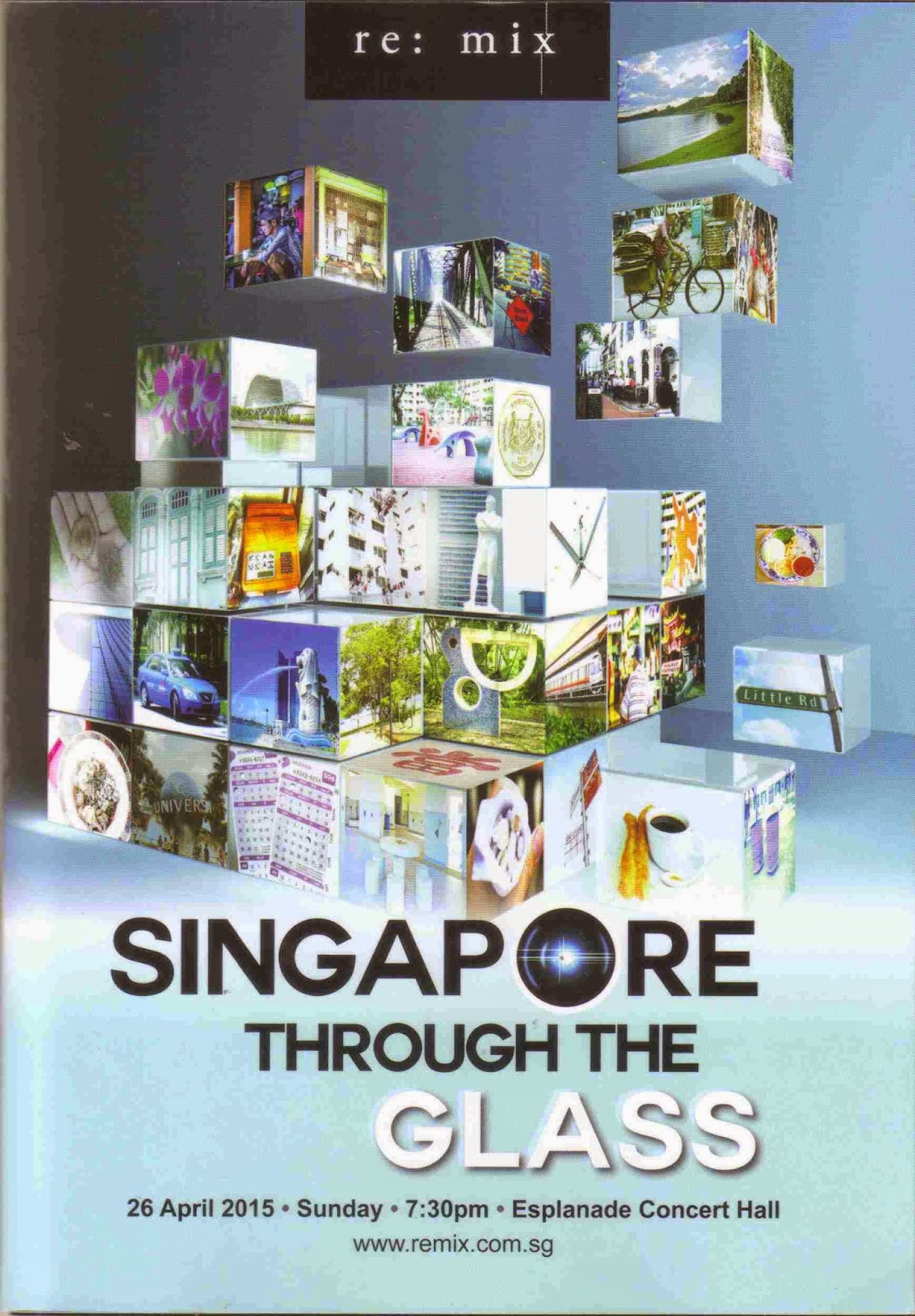 This review was published in The Straits Times on 28 April 2015 with the title "Singapore's colourful seasons".

There was once a trend to perform Vivaldi's Four Seasons in juxtaposition with Piazzolla's Four Seasons of Buenos Aires. Violinist Foo Say Ming was the first in to attempt that tandem, and he later added the Singapore Seasons by four Singaporean composers to that mix.

This concert by crack string ensemble re:mix, in conjunction with the SG50 celebrations, now couples the Singapore Seasons with four short films by local directors, interspersed by movements of Philip Glass's American Four Seasons in its premiere.

Glass's second violin concerto does not present anything new from his earlier output. He has truly created an artform besides making a fortune by generating repetitive patterns based on triads, rehashed endlessly to please his legions of fans. Each of its four movements began with a neo-Bachian violin solo, which Foo stated and shaped with coherence if not always in perfect intonation. The main body of strings later joined in for the movement proper, which resembled his film music by way of conjuring moods and emotions. 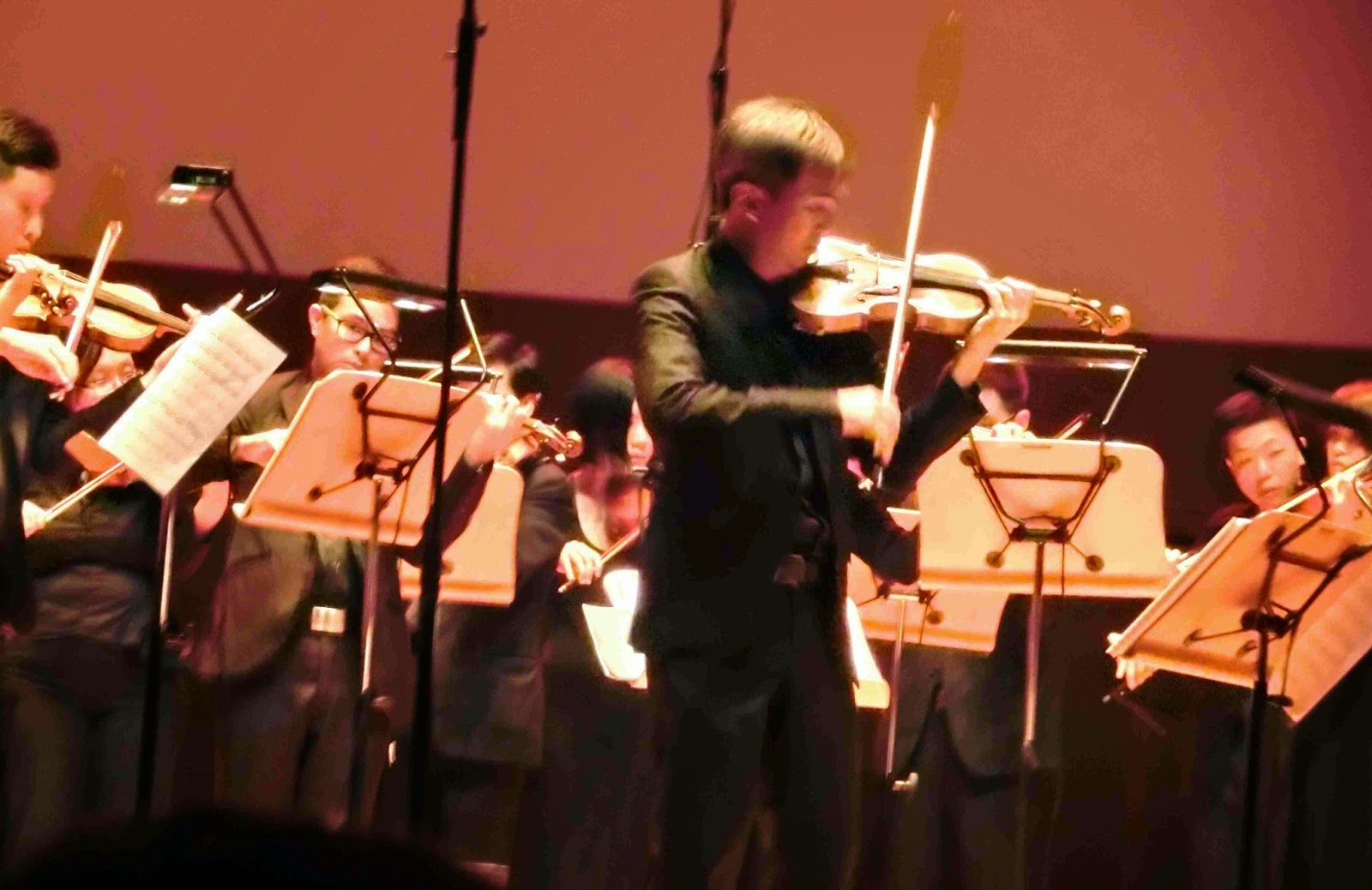 Putting down his violin, Foo then led the ensemble in Kelly Tang's Spring! with Zen Yeo's film of dynamic in alternating fast and slow sequences projected on the biggest screen ever erected in Esplanade Concert Hall. This visual and aural treat was made more special as the film closely paralleled the musical tempos. The music was cheery, based on Chinese-styled themes, while the film built on the premise that 's rapid and inexorable progress was built upon the grassroots of hardworking women (and men). 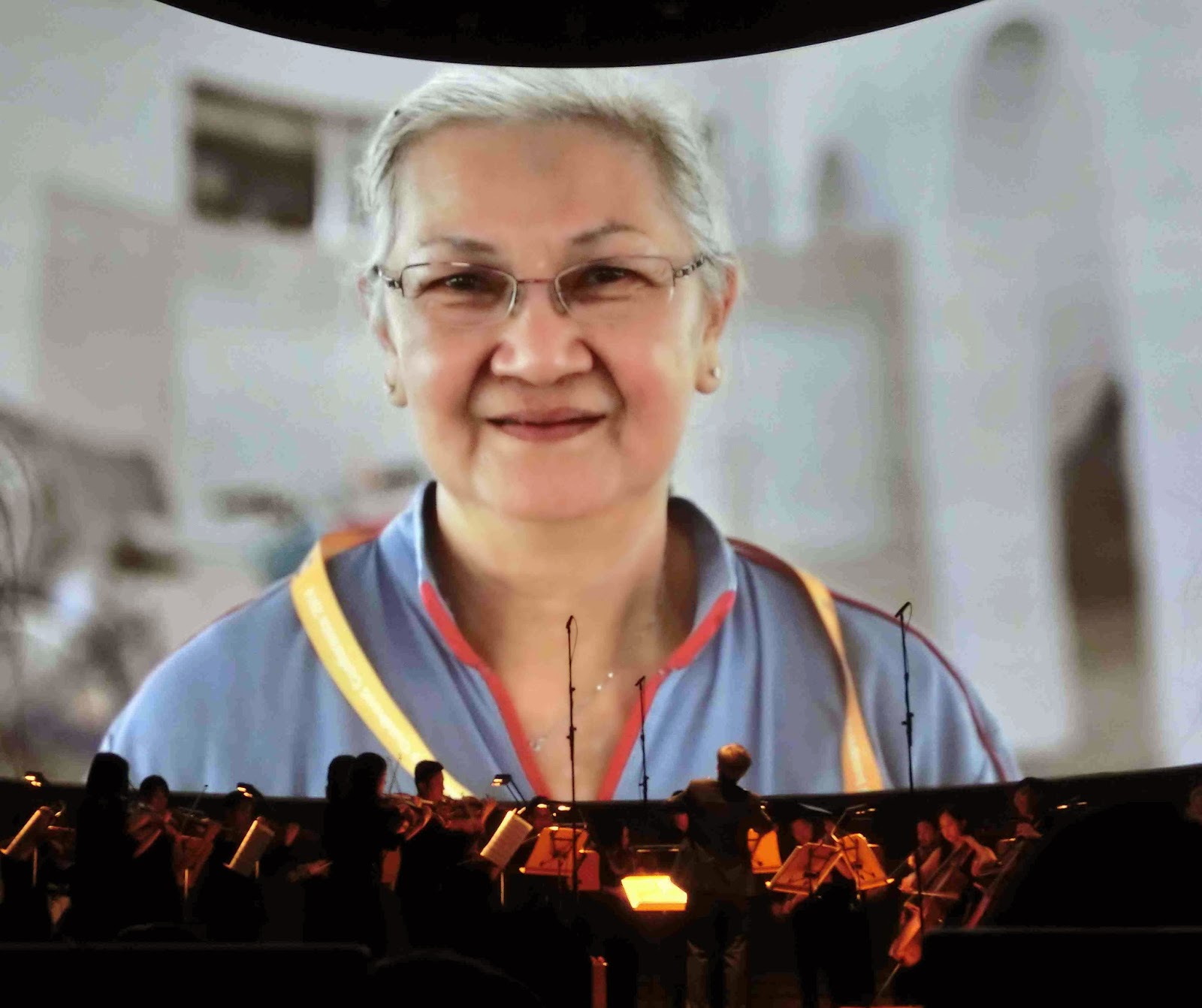 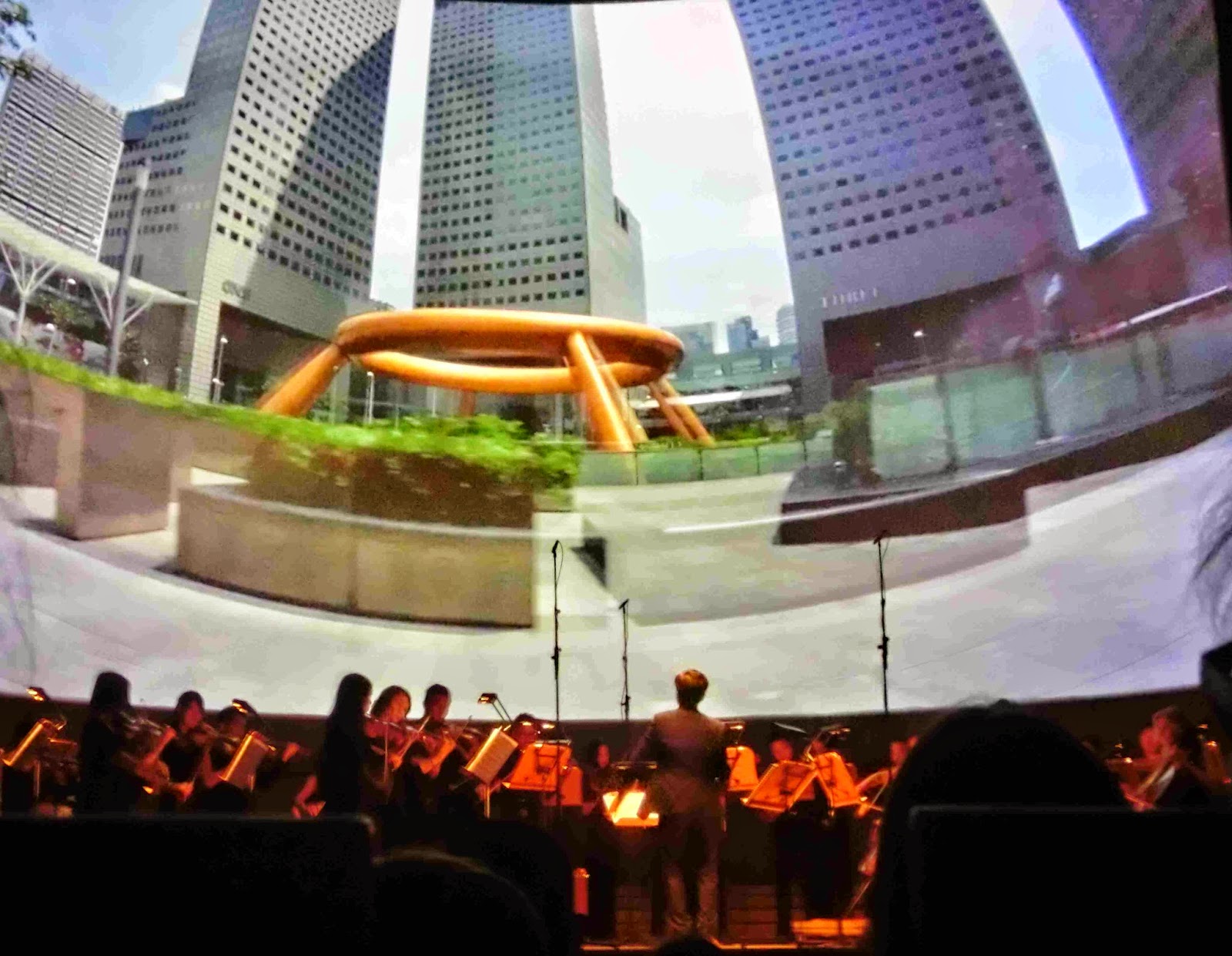 Clearly the stars of the show were to be the local segments, with the Glass movements serving as interludes. The variety of each film and the feelings evoked by the music and images within far outstripped the static and often-limited material offered by the American, and soon one longed for the latter to end and the former to begin.

Denise Lee's Barely Restrained, was nervous and edgy in its pacing, and Idzwan Othman's film with close-ups of body parts, foliage and scurrying insects, focussing on the nation in a micro level, seemed totally apt. Likewise, Derek Lim's Weep was a funereal dirge in the best tradition of musical mourning, and one turns to Beethoven, Richard Strauss and Hindemith as plausible antecedants. 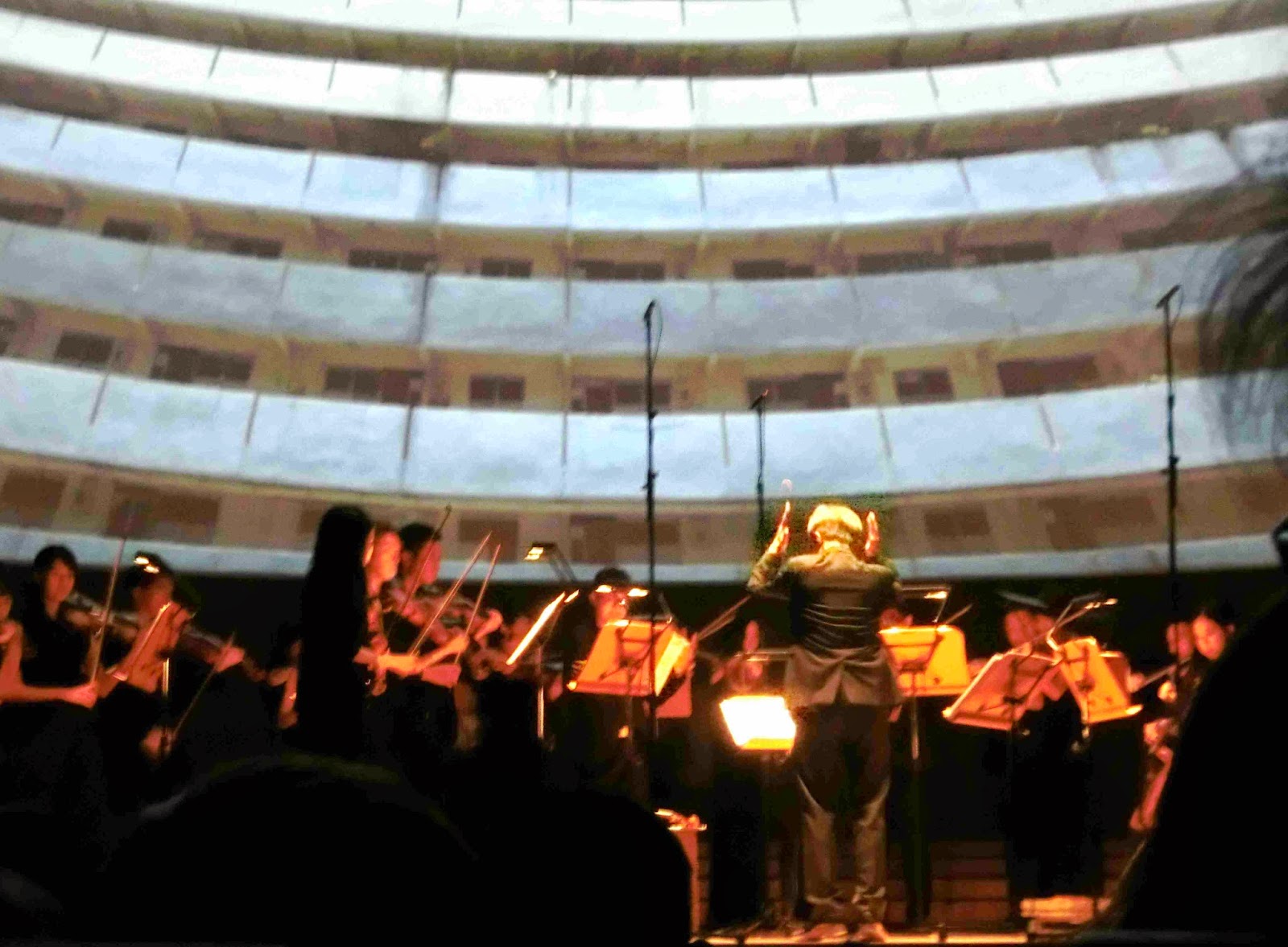 The imagery in Ler Jiyuan and Yap Teng Wui's film was haunting, of sandcastles washed by lapping waves, abandoned HDB apartments, cemeteries and long-forsaken landmarks. Lim wrote, in his notes, about his grandmother's funeral procession, and this most moving episode was about nostalgia and a seemingly futile yearning for a past that will never return.

Interestingly, as the Singapore Seasons got darker in colour and mood, Glass's Seasons began to gain in pace and vibrancy. The last of which provided soloist Foo with many a virtuosic turn, supported by his players to the hilt, which in turn was heartily applauded by the audience. 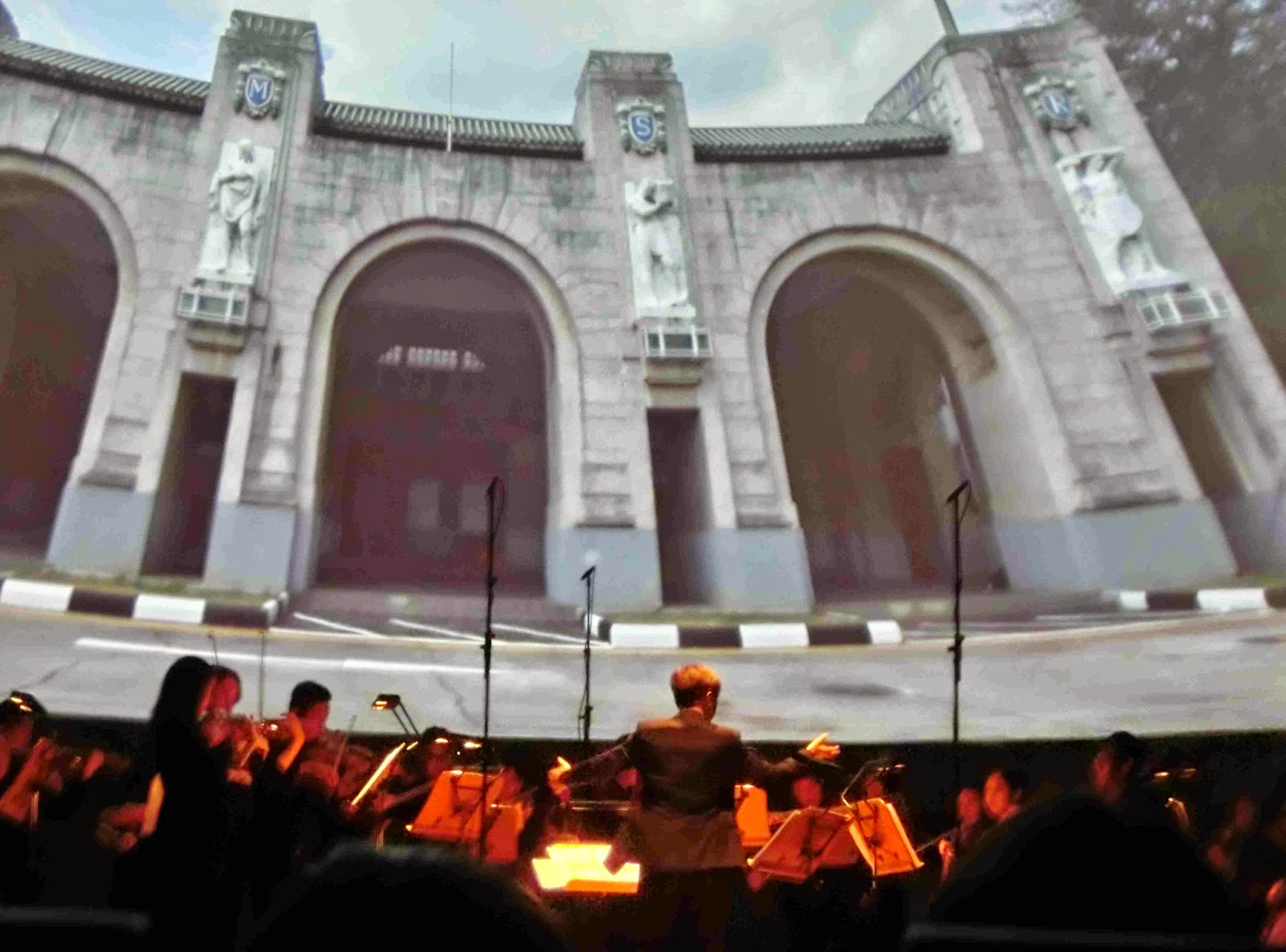 The final film by Shawn Lee Miller shot the nation by night, an almost ambiguous statement that portrayed an LRT ride and seamy Geylang in the same light. Chen Zhangyi's Ariadne's Lament had similarly shadowy intentions, with an impassioned viola solo by Janice Tsai as the final word in a cycle which ended in an eerie quiet.

To cheer things up, Foo and his charges played two encores, and the mood once lightened with Kelly Tang's surefire arrangement of Tian Mi Mi, with the melody of Dayung Sampan dressed up as “The Simpsons meets Pizzicato Polka”. Could there be anything more Singaporean than that? 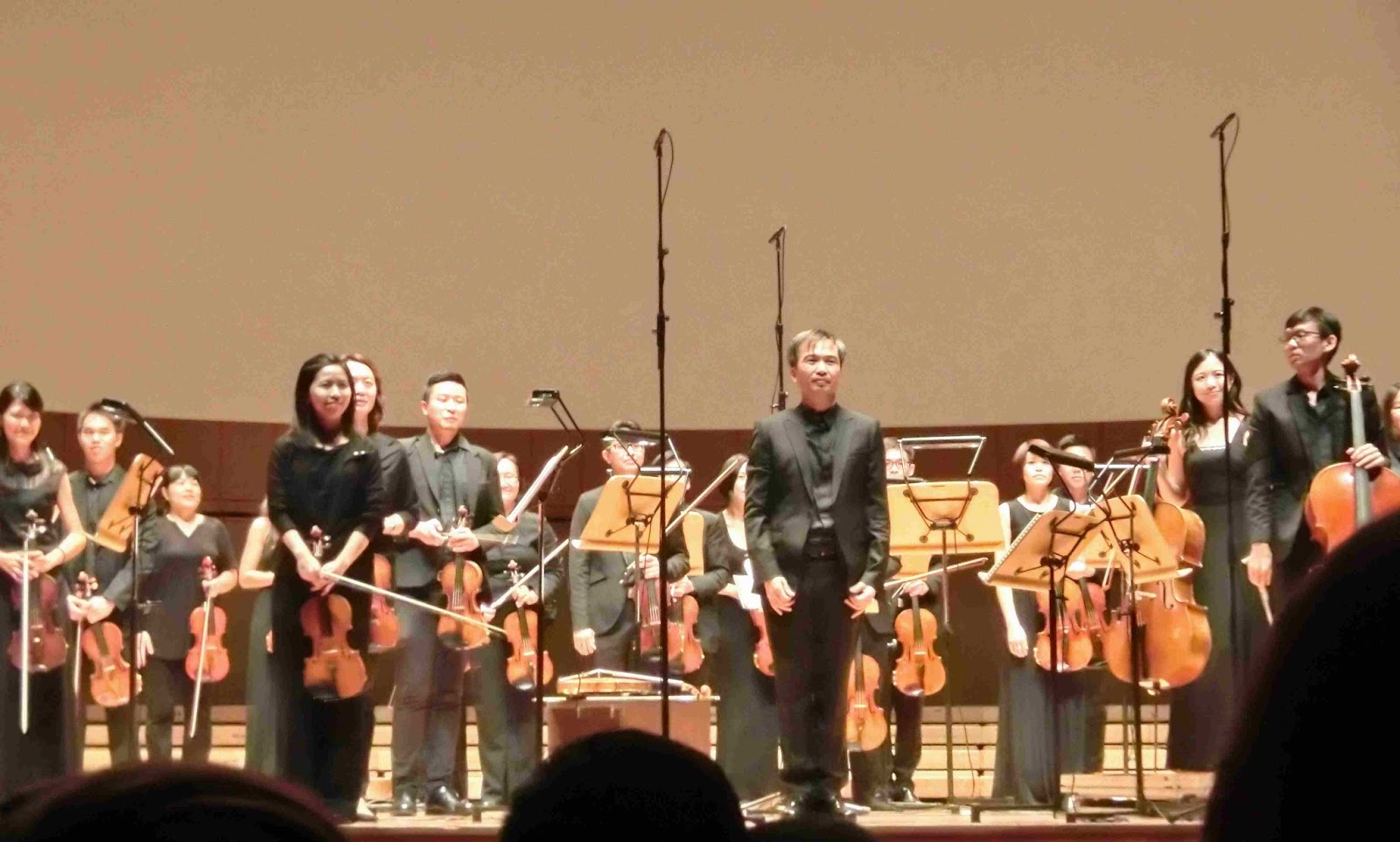