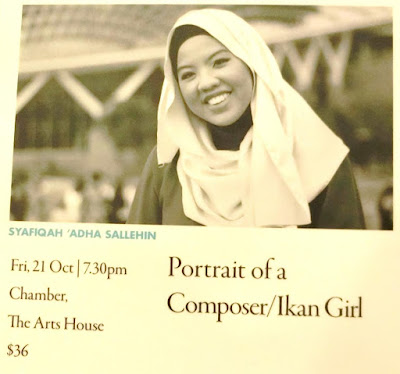 This review was published in The Straits Times on 24 October 2016 with the title "Coherent fusion of Malay and Western music".

Malay musicians have long dominated the popular music scene in , but have recently made in-roads into Western classical music. The best example is young composer Syafiqah 'Adha Sallehin, the first Malay-Muslim graduate from the Yong Siew Toh Conservatory of Music, who was the composer-in-residence of the 2nd Singapore International Festival of Music. 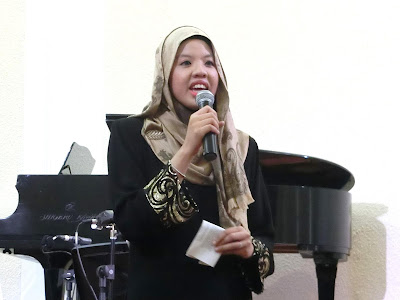 This concert was to have featured five new chamber works including two World Premieres but logistical reasons militated against that. It instead had a truncated first half that opened with two solo piano works performed by Matthew Mak. Elegy was a short and sentimental pop-inspired piece, a student work that could have come from a songbook anywhere in the world. 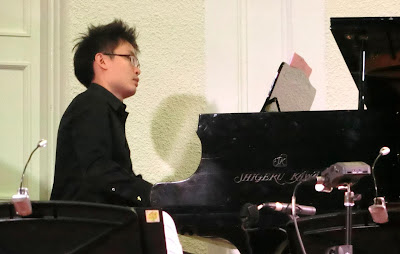 Syafiqah assured that no one died for it to be conceived. More complex was Surviving Love, which was also tonal but featured some dissonances, and a turbulent central section that portrayed the trials and tribulations of her parents' love. Played with feeling by Mak, all's well that ends well, as to be expected. 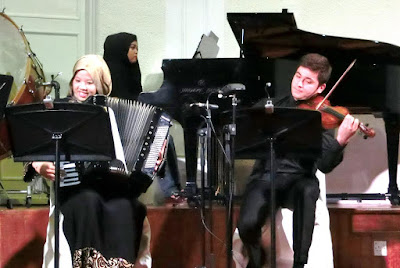 The first work with an authentically local idiom was Anjakan Jiwa (Movements Of The Soul) performed by an ensemble with Syafiqah on accordion, violinist Mukhriddin Sayfiddinov, flautist Zaidi-Sabtu Ramli, pianist Nabillah Jallal and percussionist Ramu Thiruyanam. With rhythmic ostinatos established on accordion and percussion, this was an lively dance that lilted like the infectious nuevo tangos of Astor Piazzolla, but with a distinctly Malay flavour. 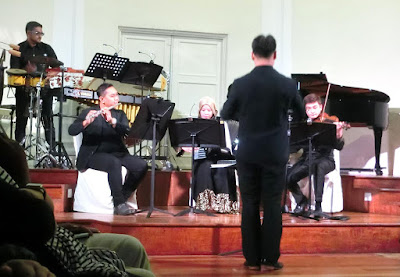 The group conducted by Marlon Chen performed the concert's main work Ikan Girl. To prepare the audience, a Prelude was crafted involving its main themes and presented as an attractive stand-alone concert piece.

Ikan Girl, a dance-tableaux in multiple short scenes, was adapted from a tale in the ancient Malay poem Syair Bidasari. Here, a beautiful girl's life and soul is intertwined with that of a magical fish. Producer Mohamad Shaifulbahri's conception was the eternal play of good against evil, danced by eight members of the Bhumi Collective. Amin Farid's choreography combined modern dance with Malay and Indian traditions, where grace and violence found an equal footing. 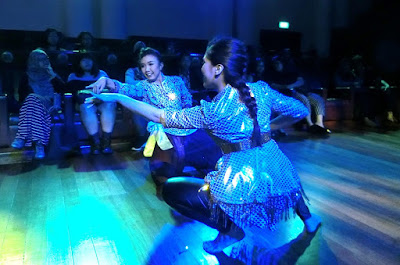 Nur Azillah Abdul Rahman and Nadia Abdul Malek mirrored each other's movements with seamless fluidity, their carefree smiles finding an implacable antagonist in Rupalavanya Subramaniam's icy Queen. Paralleling a similar plot in the Snow White story, the Queen seeks to destroy the girl but is saved by the fish's dynamism and an unlikely lackey danced by Amin. 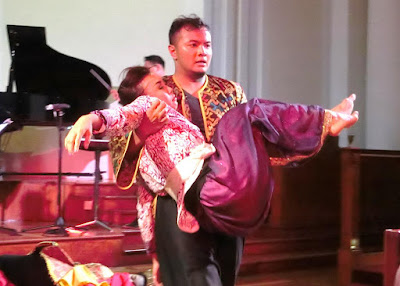 This feel-good quotient would have come to nought if not for Syafiqah's vivid music that closely followed the narrative. Lively and high-pitched birdsong evoked a forest waking, while heavy chords and stern harmonies represented the darker forces at work. A sense of agitation filled the air in the abduction scenes while a violin's bittersweet melody played out a happy resolution. 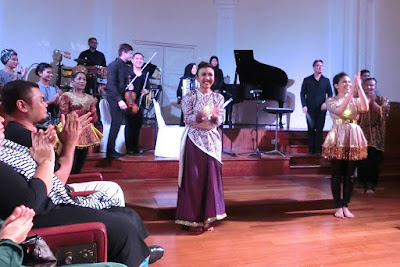 Like what Stravinsky's Petrushka did for Russian music over a century ago, could Syafiqah's Ikan Girl, an experimental but coherent fusion of Malay and Western classical music, be this equally momentous landmark for local music? 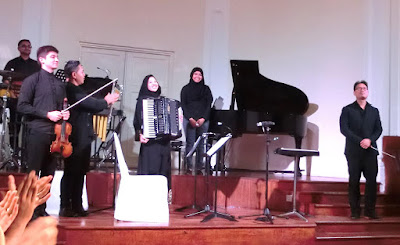