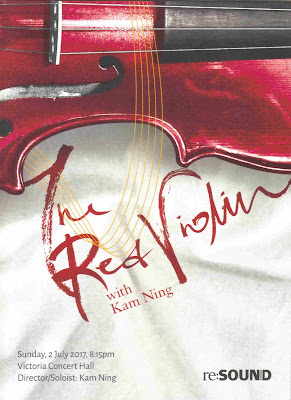 When it comes to string music, ’s first professional chamber ensemble re:Sound are the people to go to. Its fourth concert, which featured only strings and led by London-based Singaporean ace violinist Kam Ning, showed exactly what the fuss was all about.

Benjamin Britten’s Simple Symphony, comprising four neo-baroque movements crafted from his childhood compositions, opened the evening. From its outset, one is struck by the tautness of ensemble and homogeneity of its sound. Whether in the faster outer movements (Boisterous Bourée and Frolicsome Finale) or the nimble Playful Pizzicato, there was this togetherness that impressed. However it was in the Sentimental Sarabande with its more sustained lines where the richness of sonority became even more apparent. 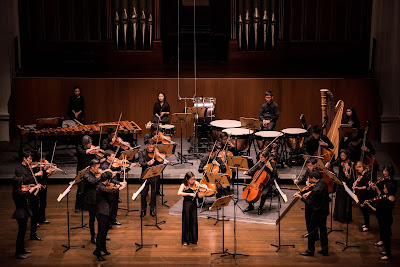 The ensemble played standing throughout with Kam Ning in the lead violinist’s role. She took centrestage in the titular The Red Violin Suite, an extended “chaconne” crafted from the Oscar-winning score of the movie The Red Violin by John Corigliano. Her solo part was frighteningly virtuosic, requiring a Paganinian technique to surmount its myriad variations. This she accomplished with much poise, maintaining a nervous edge throughout the 25-minute-long piece. 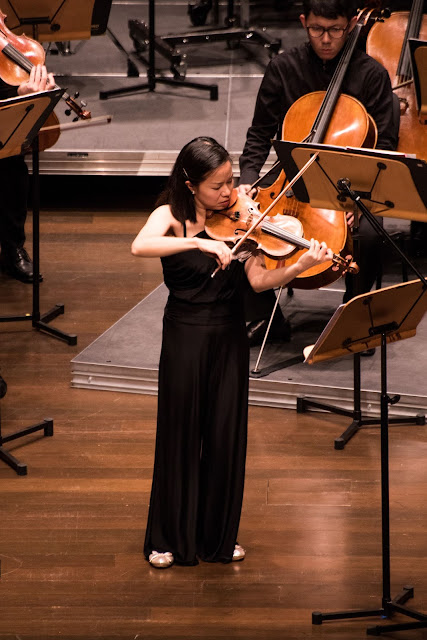 Behind her, the backing strings were no mere accompanists, but equal partners in the mostly darkly-coloured and brooding endeavour. The opening was chilling, with strings capable of sounding both ethereal and eerie at the same time. There was also a battery of percussion which provided the desired startling effect to break the silences or as the tension mounted. 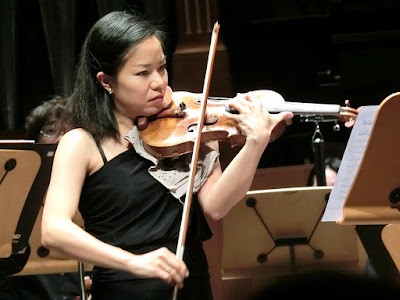 The highly effective music, which accompanied the story of a centuries-old violin (painted red with the blood of the luthier’s late wife) through its turbulent history, was given the immediacy and violence it needed. In that respect, a “live” performance such as this one readily scores higher than any recording. 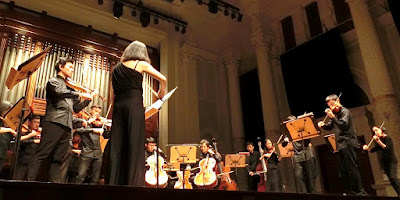 The second half had far more cheerful music, in the form of Richard Tognetti’s arrangement of Edvard Grieg’s First String Quartet in G minor. Again, Kam’s livewire and ebullient personality translated into a performance of energy and vigour. Playing for almost 35 minutes, it is filled with much of the folk and dance music associated with Grieg’s . If the bounding second theme in the 1st movement sounded familiar, that is because it also appears in his better-known Piano Concerto. 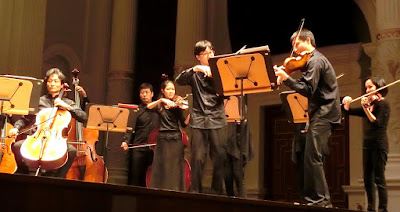 A “quartet within a quartet” featured in the delightfully rustic central movements, with Kam joined by violinist Loh Jun Hong, violist Jonathan Lee and cellist Robert Choi. Their folksy and playful repartee added much colour and charm to the proceedings. The finale was a fast saltarello, an Italian dance not too dissimilar with a tarantella, taken at a devil-may-care speed. The right impulse was to surge ahead, yet there was never a doubt that Kam and her charges were fully in control. 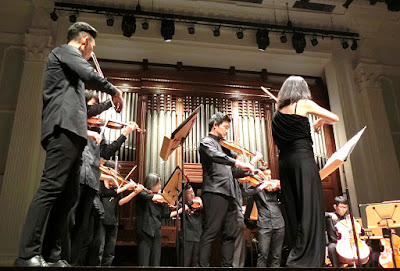 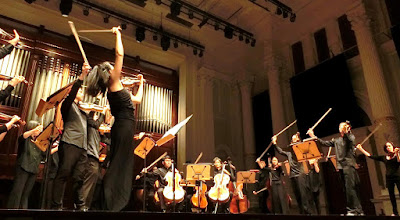 The exhilarating finish was capped by a sublime encore, The Last Spring from Grieg’s Two Elegiac Melodies, played with tenderness and poignancy. re:Sound’s next concert on 18 October (with Melvyn Tan) will be keenly awaited. 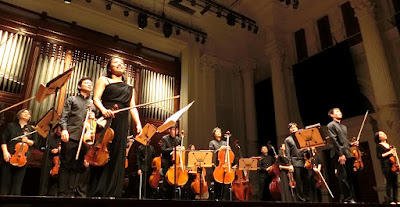