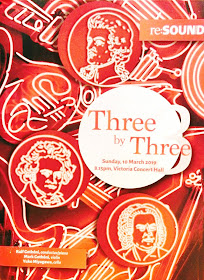 The classical music scene in was transformed some three years ago when the re:Sound Collective (or simply re:Sound), the nation’s first professional chamber orchestra, gave its first concert. Prior to that, professional orchestral music-making was the reserve of the Singapore Symphony Orchestra and that of visiting orchestras.

re:Sound, performing exclusively in the 673-seat Victoria Concert Hall, has offered local concert-goers new vistas in the appreciation of baroque and classical repertoire. It is a dedicated chamber orchestra rather than a full-sized symphony orchestra pared down to perform baroque and classical music. Its roster of guest conductors/leaders has included Pavlo Besnoziuk, Enrico Onofri, Ning Kam, Ike See and Melvyn Tan, names associated with small or period instrument ensembles.

Its latest concert, led by Finnish pianist-conductor Ralf Gothoni, was a primer to the periods of classical music history. Beginning with Baroque, it then proceeded to Classical before closing with Romantic music, with the ensemble size progressing incrementally. 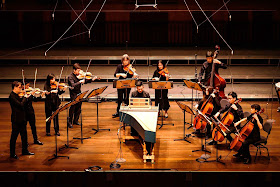 Ralf’s violinist son Mark Gothoni led the opening work, J.S.Bach’s Brandenburg Concerto No.3 in G major. Scored for three violins, three violas, three cellos (each player helming a different part) with bass and harpsichord, the music was as transparent as it could get.

From the outset, the group impressed with a rich and full sonority (despite the small size) boosted by tautness in ensemble. The busy counterpoint in the fast outer movements did little to faze the players who kept a tight rein to their playing. The second movement comprised merely two chords accompanied by brief filigree from harpsichordist Gerald Lim. One wondered if they had thought of utilising this ad libitum opportunity by contributing improvisational minutes of their own. 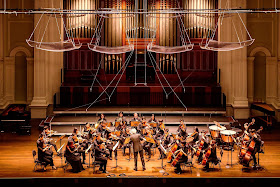 Even better was the performance of Mozart’s youthful Symphony No.29, conducted by Ralf Gothoni himself. He used neither baton, score nor podium for this endeavour, and the result was refreshing to say the least. Despite an expanded body of strings, boosted by pairs of oboes and French horns, the playing was still intimate and light in spirit.

The opening of the first movement was distinguished with a sense of calm before bursting into life. The changes in dynamics, ebb and flow in this and the ensuing slow movement were well realised. Even when winds came into the picture, the balance was maintained at an even keel. The contrasts in the third movement’s Minuet and Trio could have been more marked, but the daintiness achieved was key to its narrative. The finale was a joyous affair, and the ascending scales for the strings – a distinguishing feature of the movement – could not have been better handled.

The longest work came in the second half, with the Gothoni Trio – Ralf (piano), Mark (violin) and Yuko Miyagawa (cello, also Mark’s wife) – accompanied by an even larger ensemble in Beethoven’s Triple Concerto. Often referred to as a piano trio concerto (the first ever conceived, and not widely repeated as a form), it has sometimes been likened to the cello concerto Beethoven never wrote. Critics have also unkindly called it Beethoven’s weakest concerto, but audiences love its spectacle and enjoyable tunes.

About that cello concerto bit, it was Miyagawa who led in the entry of the soloists for all three movements, and she also got to play the big tunes first. Other than that, it was Ralf and his piano that was de facto leader (as to be expected in the piano trios genre). The opening tutti was led standing from the keyboard, and he stamped his authority the moment the music began. 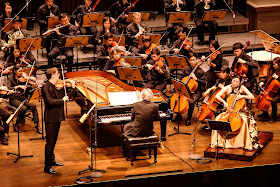 The sense of intimacy forged between the three soloists was apparent, and it withstood the orchestra’s vigorous accompaniment with a very confident Michael Tan on timpani. While the opening movement was about flexing of muscles, the slow movement’s was songlike – and so beautifully crafted - but it all seemed too brief before the finale’s Alla Polacca onslaught. The polonaise rhythm was infectious, and here it appeared the soloists also enjoyed it the most.

The furious coda was however touch-and-go, with both string soloists almost fraying at the edges to keep up with the pace. Nevertheless it all closed with hearty C major chords, big bangs that ensured equally hearty applause. Happy concerts are supposed to end that way. 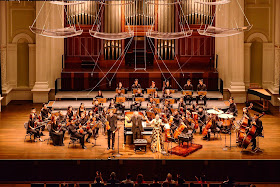 Photographs by the kind courtesy of re:Sound.
Chang Tou Liang at 08:00