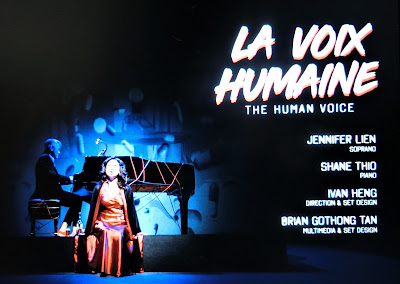 This review was published in The Straits Times on 20 July 2020 with the title "Home-grown rendition of The Human Voice a rare gem".

Until the embargo of live concerts is lifted post-circuit breaker, music lovers will have to be content with pre-recorded digital concerts. Presented by the Singapore Symphony Group in its Victoria Concert Hall Presents series, this 2018 production of Francis Poulenc’s single-act, single-singer chamber opera La Voix Humaine (The Human Voice), first streamed last weekend, was a rare gem. 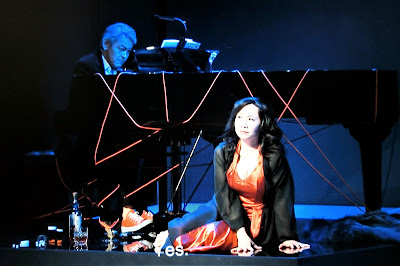 Performed before a live audience, its plot involved Elle (the generic “She” in French) in a final conversation with her former lover. Central to the 1958 opera, adapted from playwright Jean Cocteau’s 1928 script, was the telephone, a modern convenience and prop that was supposed to figure prominently throughout. 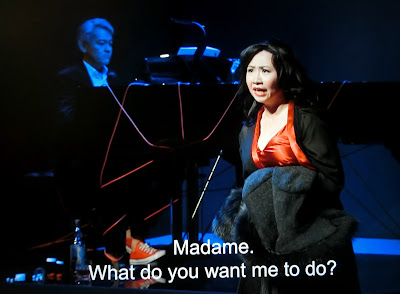 Wrong numbers, crossed connections and inept telephone operators were comedic elements in the serious melodrama. However, in director Ivan Heng’s conception, that physical means of communication was totally expunged. This allowed protagonist Elle the freedom of movement, to wander about onstage and sing without impediment.

The telephone’s only hint was a long red cord tightly wound around the grand piano on which pianist Shane Thio played. Also absent was Elle’s faithless lover, although his insidious presence might be inferred in furtive onscreen projections and Thio’s sockless red sneakers. 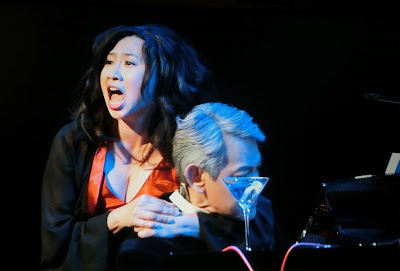 Enlivening the anguished Elle was USA-based Singaporean soprano Jennifer Lien, whose monologue was a tour de force of lyrical and dramatic role-play. The former Business Times journalist turned operatic diva was fully immersed in the multi-faceted part and emoted brilliantly in idiomatic French (with the audience well served by English transliterations). 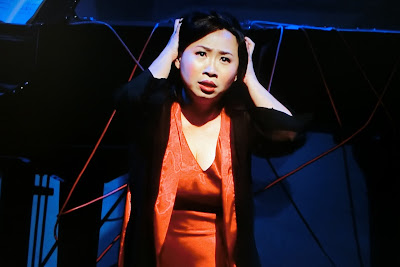 Through the opera’s compact 40 minutes, she brilliantly lived through Kubler-Ross’s five stages of grief. Shifting effortlessly between denial, anger, bargaining, depression and acceptance, she often mixed these up in an intoxicating melange of fraught and barely-contained emotions. With hysterical outbursts alternating with episodes of lucidity, this was a multi-layered and grandstanding performance. 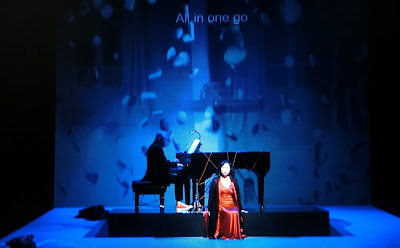 Poulenc’s music was unremittingly tonal, but liberally laced with dissonances and abrupt figurations. Lien flitted through recitative and outright song, where a penchant for sentimentality was revealed, albeit briefly. There was a short waltz-song sequence midway through, with a cascade of falling pills projected behind the performer. This was more than an allusion to a drug-induced fit of pique, also fortified by a well-placed bottle of liquor. 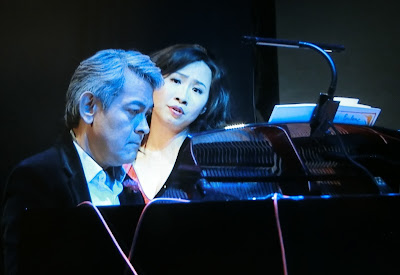 Whatever was Elle’s fate (suicide by overdose, gunshot or strangulation by telephone cord) became immaterial by the opera’s passionate but lyrical close. All that remained were the frenzied circumstances and states of mind that led to her fateful (and ultimately fatal) decisions. In short, The Human Voice was an in-depth treatise of the human condition, fragile psyche, warts and all. That it was captured with such trenchancy speaks volumes of all the artists involved. 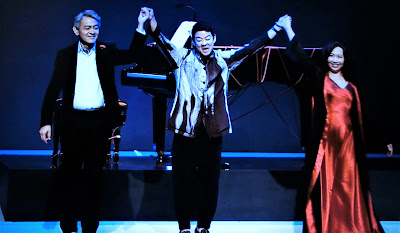 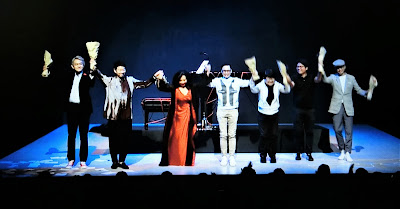