Orchestra of the Music Makers

What a joy it is to return to live concerts. Ever since Singapore Chinese Orchestra’s entry almost a month ago, other orchestras have also got on the act thanks to the National Arts Council’s live performance pilots. Concerts are, however, still limited to chamber-sized groups, attended by audiences of just 50 socially-distanced heads.

Ten string players of the Singapore Symphony Orchestra presented two popular works of the chamber repertoire. Joseph Haydn’s String Quartet in C major (Op.76 No.3) is the most familiar of his sixty-eight string quartets, largely because of its slow second movement. It is a set of variations on Haydn’s own Emperor’s Hymn, later adopted as Austria and Germany’s national anthem. 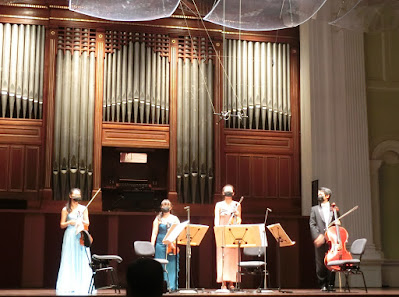 The arch simplicity of its melody and subsequent variations was well realised by the quartet of violinists Xu Jue Yi and Chikako Sasaki, violist Wang Dandan and cellist Wang Zihao. Incisiveness and clarity marked the opening movement, while humour filled the 3rd movement’s  minuet and trio. The mood turned serious for the finale, but its storms and stresses were soon dispelled as daylight shorn at its conclusion, happily back in the key of C major. 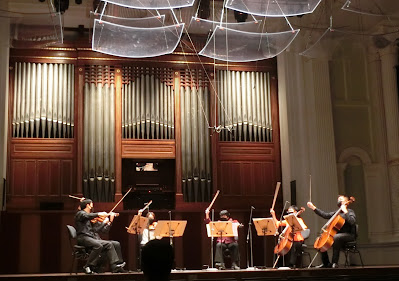 Despite its minor key, this was one of Tchaikovsky’s sunniest scores, reflecting the Mediterranean warmth of its inspiration. The musicians dived headlong into the music, with caution thrown into the wind. This made for exciting listening, balanced by sensitive and lovely solo playing from the first chairs. 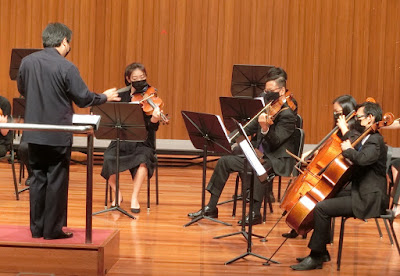 It was a larger group of 23 string players when the Orchestra of the Music Makers (OMM) took to the stage, conducted by Chan Tze Law. Schubert’s dramatic lied Erlkönig (Erl King), as arranged by Lee Jinjun, resounded with Wagnerian vehemence and vigour, making for a stirring prelude. Young composer Jonathan Shin’s Folk Games put three local songs through a distorting prism, and who would have guessed that Rasa Sayang, Singapura and Chan Mali Chan could sound like Shostakovich or the Second Viennese School? 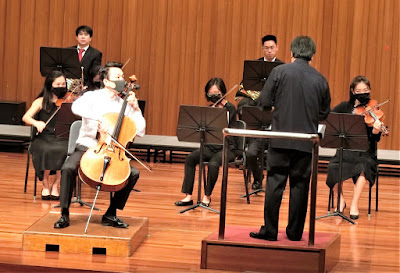 Two oboists and two French hornists joined the strings for the 1st movement of Haydn’s Cello Concerto in D major. Here, cellist Qin Li-Wei put on a dazzling display in a work far more technically demanding than initially suspected. This was topped by a brilliant cadenza written by Shin, that unapologetically overflowed into over-the-top Romantic-era virtuosity. Soloist and orchestra also threw in Brahms’ Hungarian Dance No.5 as a welcome encore. 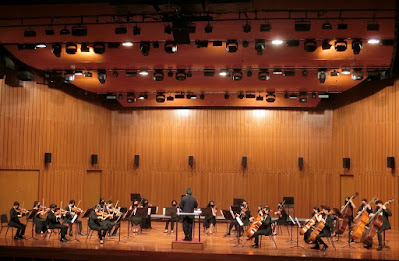 John Rutter’s pleasing Suite For Strings, all four movements based on folksongs from the British isles, concluded an enjoyable evening. Live concerts are making a valiant comeback. Hopefully, these may soon be enjoyed by larger audiences they thoroughly deserve. 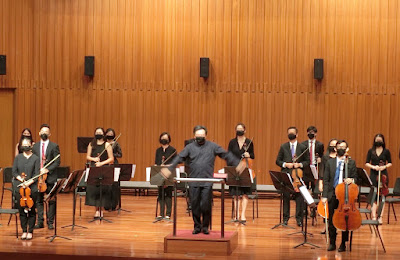