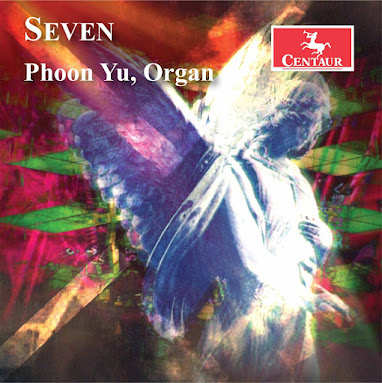 Strange as it may seem, this is the first ever CD recording of organ music by Singaporean composers. That it comes from Singapore’s brightest young organist, the Yong Siew Toh Conservatory and Juilliard-trained Phoon Yu, who commissioned all the works in the recital, is also significant. Its title Seven comes from the programme’s two groups of seven: seven Singaporean composers with their on personal takes on J.S.Bach’s Chorale Preludes from Clavier-Ubung Book 3, and the seven angels from the Book of Revelation as envisioned in a cycle by an eighth Singaporean composer Chen Zhangyi.

Phoon is Anglican by faith, which partly informs this album’s overtly religious programme. It was, however, the aim of showcasing the organ’s full range of colours and dynamic capabilities that really distinguished each of the fourteen pieces. It is perhaps best to appreciate the music as two separate recitals of seven works, playing for about 25 minutes each. 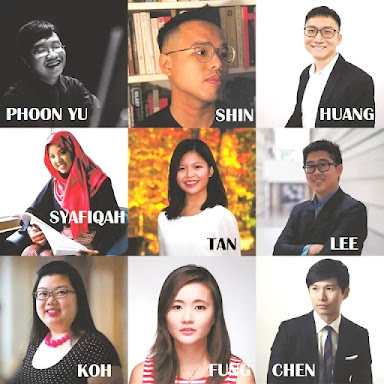 The seven composers’ responses to the Bach chorales either took the form of (1) paraphrases, (2) pieces based on choral melodies (cantus firmus) or (3) pieces inspired by the words (text evocations).  Opening the recital is Jonathan Shin’s Postlude to Allein Gott in der Hoh sei Ehr (Glory be to God in the highest), a jazzy paraphrase that imagined if JSB had arrived in Brooklyn and heard bluegrass.

The choral melodies in Tan Yuting’s Vater unser in Himmelreich (Our Father in Heaven) and Emily Koh’s Fantasia on Aus tiefer Not schrei ich zu dir (I cry out to you in deep distress) are well hidden, embedded within the organ’s textures. The latter’s crunching and long-held chords come closest to espousing the avant-garde. In Lee Jinjun’s Christ unser Herr zum Jordan kam (Christ our Lord came to Jordan), the melodic line is more transparent and thus most readily discernible.

The text evocation preludes gave composers the widest freedoms of expression, hence how different each work sounds. Huang Dingchao’s Fantasia on Dies sind die heilgen zehn Gebot (These are the ten holy commandments) revels in liberal dissonances. Syafiqah ‘Adha Sallehin’s We all believe in one God reflects the radiance of ecumenism, of one uniting the three Abrahamic faiths. Wynne Fung’s Jesus Christus, unser Heiland, der von uns Gotteszorn wandte (Jesus Christ, our saviour, who turned away the wrath of God from us) closes the cycle with some questions instead of a comforting benediction.

Olivier Messiaen has previously been cited as an influence for some of Chen Zhangyi’s music. The subject of The Seven Angels certainly has Messiaenic overtones but Chen instead finds his own voice in the seven brief and concise (and therefore un-Messianesque) utterances. Birdsong and celestial chorales are absent, instead various manifestations of trumpets take over, heralding the apocalyptic events in Revelation. It is best appreciated while perusing the texts from Chapters 8, 9 and 11 of the New Testament book of Revelation (not reproduced in the sleeve-notes) while listening to the music. A mixed sense of fearful trepidation and reverential awe may be the desired outcome. 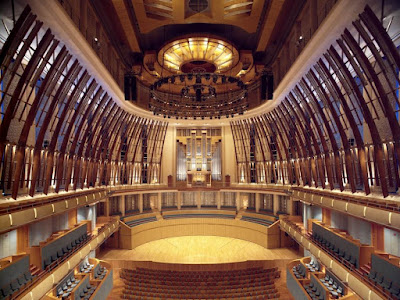 There is much to marvel in this music, all hailing from a rather troubled first two decades of the early twenty-first century. Guided by the keen vision, tremendous intellect and understated virtuosity of Phoon Yu, Esplanade Concert Hall’s scandalously under-utilised Klais Organ has hardly sounded this magnificent. This album is a prime candidate for the Singapore canon, established by composing legends like Leong Yoon Pin and Phoon Yew Tien.

This recording may be sampled / downloaded at:

A selection of works from this album may be heard in this Youtube video from the Episcopal Church of St Ignatius of Antioch in New York City (recorded on 22 April 2022):