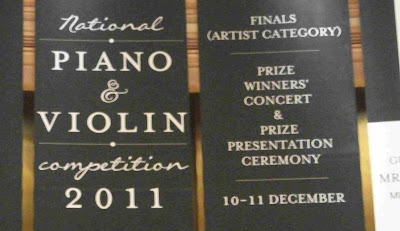 A much-edited version of this review was published in The Straits Times on 13 December 2011 with the title "Alan Choo wins violin finals".

Singapore has yet to have an international piano or violin competition to call its own but the Finals of the Artist Categories in the National Piano and Violin Competition, supported by the Singapore Festival Orchestra conducted by Chan Tze Law, comes very close. In terms of the diversity of nationalities represented by the finalists, all of whom are pursuing their musical studies here, and the quality of performances, there is much to be proud of. 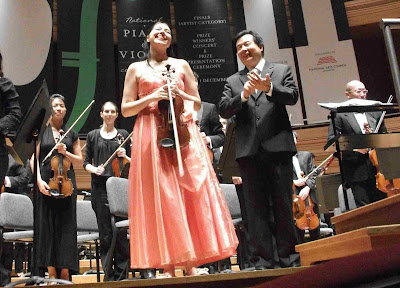 This year’s violin finals marked a new high. Only a wafer-thin margin separated two front runners, Uzbekistan’s Adelya Nartadjieva and Singapore’s Alan Choo, both Conservatory students. In Tchaikovsky’s evergreen Violin Concerto, Nartadjieva proudly upheld the Russian school of Oistrakh and Kogan with a sizzling reading of passion and poise. Exhibiting a full and gorgeous tone, its numerous technical hurdles were overcome with an ease and aplomb that came as naturally as breathing. 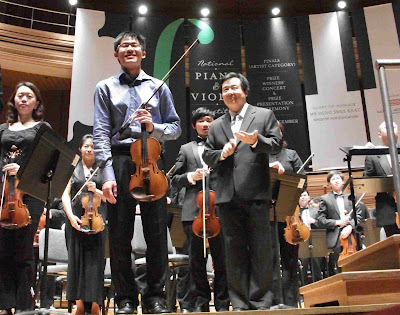 Choo opted for the Armenian Aram Khachaturian’s ethnic-flavoured Violin Concerto, an unabashed showpiece which he attacked with ferocity and fervour. He also had a free-wheeling quality, resounding as if improvised on the spot. The intoxicating brew of poetry and dare-devilry was persuasive enough to edge Nartadjieva for the First Prize. Choo is the first Singapore-born violinist to win this accolade since 2001. Third place went to China’s Yang Yunjie whose very musical but cautious performance of Prokofiev’s Second Violin Concerto was more than competent. 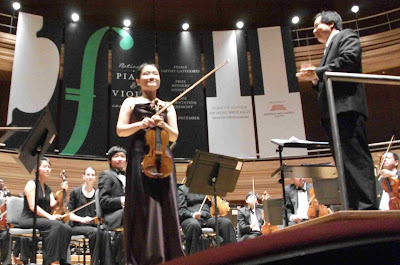 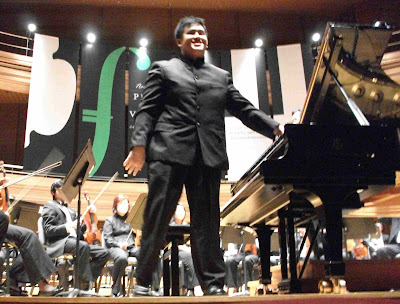 Blending brawn with sensitivity, his wide-striding playing comfortably matched the dense orchestral textures. In the treacherous central section of the finale, a cool head averted almost certain disaster when the accompaniment went off kilter for a split second. Saving the day, he closed with thunderous authority. 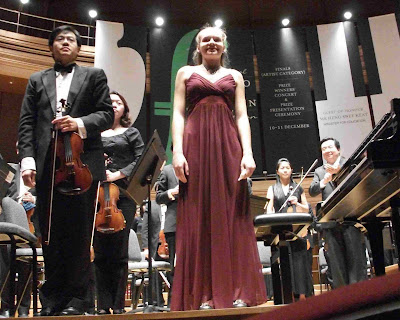 There were two performances of Chopin’s First Piano Concerto. Ukraine’s Kseniia Vokhmianina brought out many lovely insights but was dogged by mistakes and lapses. Taiwan’s Yeh Shih-Hsien was far more confident, with note perfection transcending into a nuanced reading of rare polish and elegance. His uncanny mastery of rubato, that most intuitive and Romantic of expressive devices, provided a gilded edge that earned him the victor’s title. Lee was awarded the second prize. 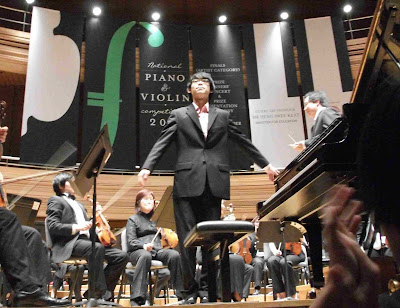 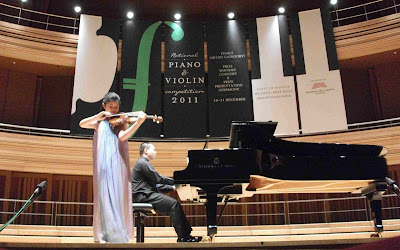 The Goh Soon Tioe Outstanding Performer Award of ten thousand dollars, by far the biggest bounty, went to 12-year-old violinist Elvina Sung-Eun Auh from the Junior Category, presently a student in England’s Menuhin School. Her stunning performances of works by Suk and Wieniawski, so mature in conception and faultless in execution, have to be witnessed to be believed. Mere words do scant justice. Have we just found Singapore’s own version of Midori and Sarah Chang? 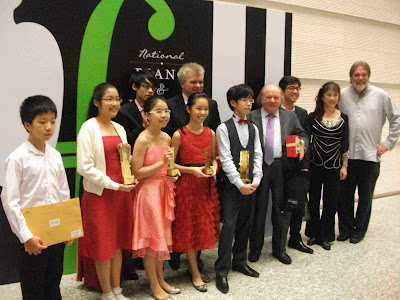 Some of the winning pianists and their teachers with jury members Phillip Shovk and John Perry. 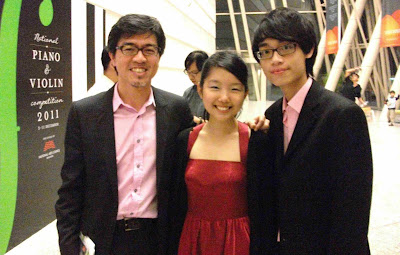