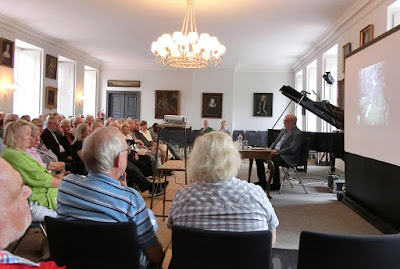 This year marks the 60th anniversary of Van Cliburn’s triumph at the 1st Tchaikovsky International Piano Competition in 1958. In his book When The World Stopped To Listen, the American write Stuart Isacoff detailed the circumstances that led to Cliburn’s unexpected victory and the ramifications it had to the Cold War.

His 90-minute lecture-talk was illustrated by slides (and an exhibition of historical photographs) and video clips at the competition and in the company of Soviet Premier Nikita Krushchev. It also relived the tensions between the superpowers and how Cliburn’s love for Russian music and the Russian people (and their whole-hearted reception and reciprocation), led to a temporary thaw in relations, and a new appreciation for classical music’s role in world peace.

Isacoff’s anecdotes were filled with humour, and the breezy account was much enjoyed by a very receptive audience who were full of questions. Will there be a future Van Cliburn  to ease the Trump-Putin-Kim jam the world is in now? Probably not. 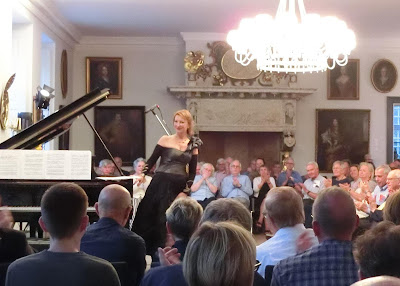 The ethos of the Husum Rarities Festival is the quest of different harmonies. So it was totally appropriate to hear the 12 Preludes Op.36 (1914-15) of Louis Vierne, the French composer far better known for his organ music. He was a contemporary of Rachmaninov, so the rich textures and harmonies of the late Romantic period were not unexpected. The wonder was why we have not heard these works as often as those overplayed preludes by Chopin or Rachmaninov.

Rubackyte does a wonderful job, producing a robust and beefy sonority, especially in the numbers which are thick with chords and more complex harmonies. She also passionately presses the case for her compatriot Mikulajus Ciurlionis, a selection of Preludes and Nocturnes are beautifully rendered.

The highlight would have been the shockingly short-lived Reubke’s single-movement Sonata in B flat minor, dedicated to his teacher Franz Liszt. The poor man died at the age of 24 (probably from tuberculosis, the AIDS of the 19th century), and should have accomplished very much had he lived another 24 years more.

Anyone who would respond to Liszt’s B minor Sonata would very much warm up to the thematic transformation and metamorphoses to be found in the Reubke. The main theme returns strategically and becomes like an old friend. Rubackyte was not totally secure with the work, had several short memory lapses, and over-compensated by banging. Not the most persuasive case to be made here, and the same overwrought manner also affected her two Liszt encores, Les Jeux d’eau a la Villa d’Este and the Third Liebestraume. 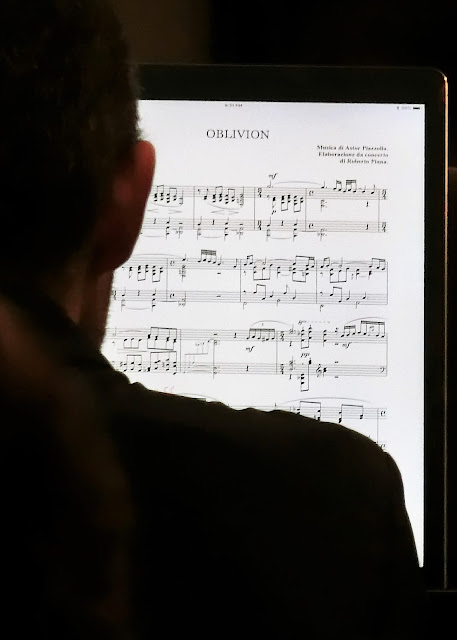 The Italian Antonio Pompa-Baldi gave one of the best recitals in the 2017 Festival, and was a natural to be re-invited. His programme this year mirrored the successes of last year, which included an early Romantic sonata and a selection of popular songs in excellent arrangements.

Last year’s Czerny was replaced by Hummel, Mozart’s most successful pupil, and his E flat major Sonata was a pleasure to listen to – the lightness of Mozart unencumbered by Beethovenian angst, and a sweet Rondo to close. Completely different was Sergei Liapounov’s 12th Transcendental Etude, in Memory of Franz Liszt, which sounds like an overblown version of Liszt’s own Heroic Elegy that is his Fifth Hungarian Rhapsody. It is heavy and portentous, full of sighs and grumbles with without a fast friss to provide that extra frisson to drive these showy rhapsodies.

The balance of his programme was much lighter, such as Chabrier’s Bouree Fantasque, which is jocular and frolicsome. With Pompa-Baldi’s variegated touches, one can literally hear the jokes. As with last year’s festival, Roberto Piana’s transcriptions return with a garland of Neapolitan songs, such as Santa Lucia, La Danza, Funiculi Funicula and Core N’grato among others, performed with much gusto. Would it be unkind to refer to these as high class lounge music? In the same vein, Poulenc’s Napoli, three movements which include a Barcarolle, Nocturne and Italian Caprice close the recital on a spirited high.

As before, Pompa-Baldi was generous with encores – five in total. He seems to think that the number five is obligatory. These include his own transcription of Rachmaninov’s Vocalise (which like the Sergio Fiorentino version, is straight-forward but beautiful), two Piazzolla tangos (Libertango and Oblivion), Grieg’s Notturno in C major and a true rarity, Serenade by Frenchman Gabriel Grovlez. AP-B’s pianism is a gift that continues giving. 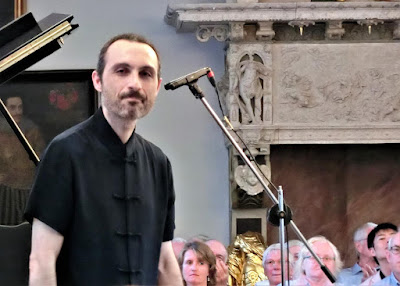