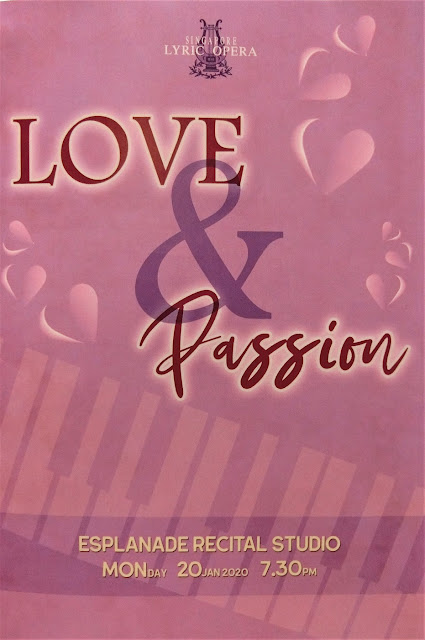 This review was published in The Straits Times on 22 January 2020 with the title "Excellent solos, outstanding duets and ensemble pieces".

Is there any opera that is not about love and passion? Thus the title of Singapore Lyric Opera’s (SLO) latest concert seemed as superfluous as it gets. Nevertheless, one got the idea with this lovely programme of arias, duets and trios from nine operas sung in Italian and French.

SLO has recently worked with young prize-winning singers and scholarship holders, but this evening was reserved for veterans and stalwarts of the company to strut their stuff. But where were the many singing students in various institutions, conspicuous for their absence in a sparsely filled hall? Surely they could learn something or two from the likes of soprano Nancy Yuen, tenor Israel Lozano, baritone Song Kee Chang and accompanying pianist Boris Kraljevic. 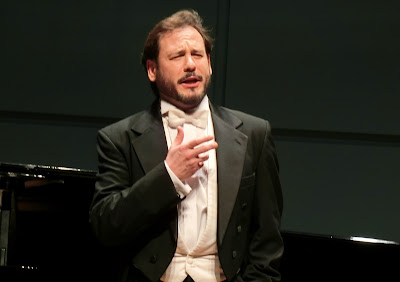 It was the Spaniard Lozano, former Placido Domingo protégé, who opened the show with Questa o quella from Verdi’s Rigoletto. In this lusty aria from opera’s most infamous womaniser, the Duke of Mantua, Lozano sounded and looked the part with impressive flourishes in high registers. His other arias were from Verdi’s La Traviata and Massenet’s Werther. The latter was the unforgettable Pourquoi me reveiller, where unrequited love in spring could only lead to suicide. 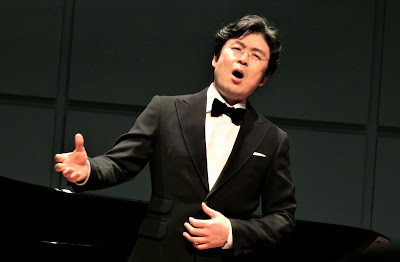 Not overshadowed was the Korean Song, whose rich and mellow tone was well suited for a bel canto aria from Bellini’s I Puritani. His portrayal of the older Germont in Di Provenza il mar (from La Traviata) also tugged on the heartstrings, as did Nimico della patria from Umberto Giordano’s Andrea Chénier. While not exactly love songs, these were however tinged with longing and regret. 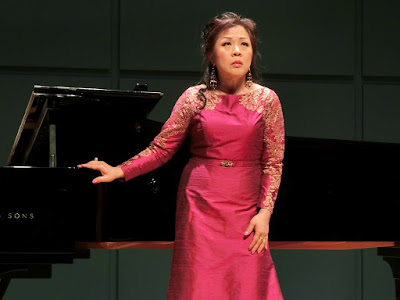 Yuen, also SLO’s Artistic Director, regrettably sang only one aria. However nobody can scale the heights of Vissi d’arte from Puccini’s Tosca as effortlessly as she does in her signature role. With the absence of programme notes or printed libretti, she and Lozano introduced their numbers with brief but helpful explanations. 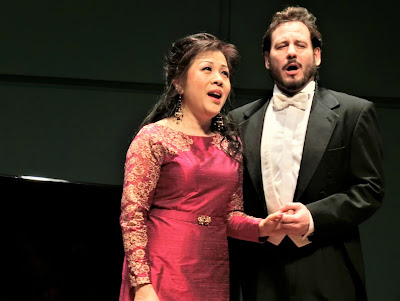 Good as the solos were, the duets and ensemble pieces stole the show as all three singers exhibited excellent chemistry with their blended voices. Yuen and Lozano emoted in Signor ne principe (Rigoletto) and the poignant Parigi o cara (La Traviata), which was a tearjerker.  Lozano and Song relived two of opera’s greatest bromances in In un coupe (Puccini’s La Boheme) and the familiar Au fond du temple saint from Bizet’s The Pearl Fishers. And how the room shook. 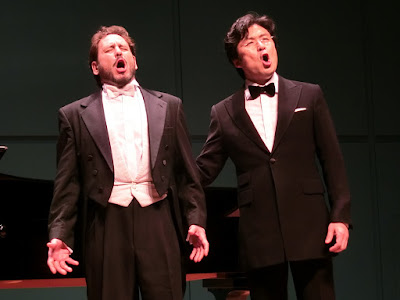 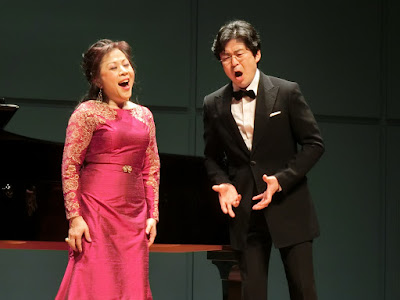 Yuen and Song accounted for a duet in La Boheme and the most unexpected treat in Te souvient-il du lumineux voyage from Massenet’s Thaïs. This is none other than a glorious reprise of the famous Meditation, with the violin’s unforgettable melody replaced with soaring voices. 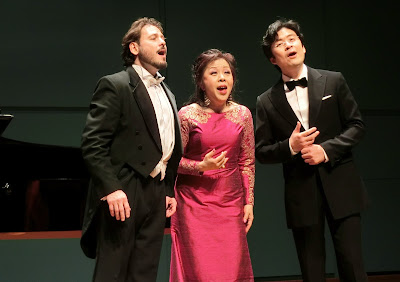 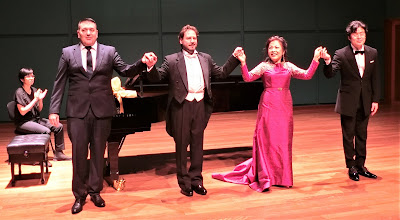