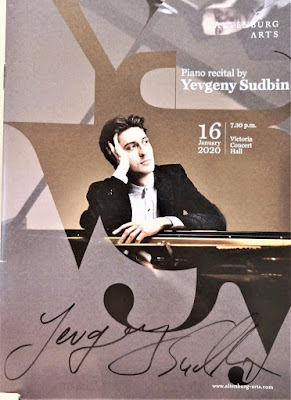 
This review was published in The Straits Times on 20 January 2020 with the title "Seductive piano arrangements".


Russian pianist Yevgeny Sudbin has become a familiar figure with Singapore audiences over the years, with appearances at the Singapore International Piano Festival and Singapore Symphony Orchestra concerts. His latest recital was however part of a year-long series organised by Altenburg Arts, but had the heady feel of the celebrated Piano Festival. 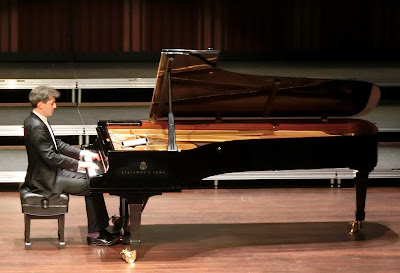 Hailed as one of the planet’s foremost interpreters of Scarlatti, his recital opened with a selection of four Sonatas by the Italian baroque composer. Heard on the modern grand piano, these are a world apart from their origins as harpsichord pieces. Applying generous but judicious pedalling, svelte legatos and incisive accents, these shined like variegated gems.

Purists might object to the ornamentations applied to the familiar Pastorale in D minor (K.9) or octave augmentations in La Chasse in C major (K.159), but these stylings were spontaneous and well within the spirit of our times. Works of antiquity need not be preserved in moth balls as museum artifacts, but may be enjoyed for their ageless quality. 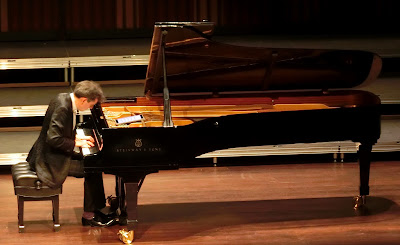 The same can be said of piano transcriptions of orchestral works. Even though 88 keys may not completely supplant the sonorities of massed string, wind and percussion instruments, well-crafted arrangements can simulate orchestral textures and even seduce the ear. Such was Sudbin’s transcription of Tchaikovsky’s Romeo And Juliet Fantasy Overture.

This not only conveyed the dramatic intensity and contrapuntal complexity of the original, but had the audacity of being ridiculously difficult to pull off. While basking in its big melody and brooding with darker pages, Sudbin joins the likes of Rachmaninov, Horowitz, Feinberg and Pletnev as master pianist-transcribers of the Russian school. 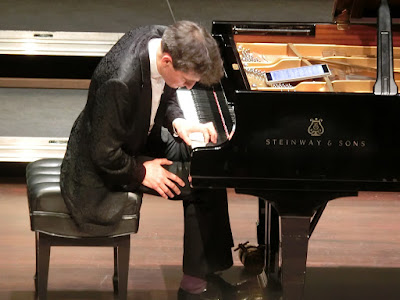 Still with Tchaikovsky, nothing could be more different than two Nocturnes (Op.10 No.1 and Op.19 No.4), charming salon works which revealed a more melancholic and sensitive side. Far more demanding technically was Scriabin’s Nocturne in D flat major (Op.9 No.2), with its dizzying central cadenza, accomplished by left hand alone. As if to prove the point, Sudbin kept his right hand firmly planted on his lap.

The recital’s final work was Ravel’s diabolical triptych Gaspard de la nuit, inspired by three poems of Gothic horror by Aloysius Bertrand. This is a virtuoso’s paradise, and how Sudbin mastered the liquid tremolos and splashy sweeps of Ondine, water piece par excellence. Stillness and bleakness enveloped Le Gibet, with its insistently tolling B flat octave accompanying the swaying motion of a hanging corpse on the gallows. 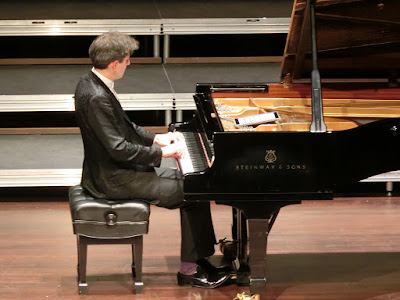 Little would prepare one for the sheer malevolence of Sudbin’s portrait of the bow-legged goblin Scarbo. This was the Devil in person himself, manifested in coruscating violence and a reading that would scarcely be bettered for sheer pianistic brilliance.

Loud and noisy applause greeted its mercurial and elusive close. Sudbin’s obligatory encore was Scarlatti’s lyrical Sonata in F minor (K.466), a declaration that the recital had completed a perfect circle. 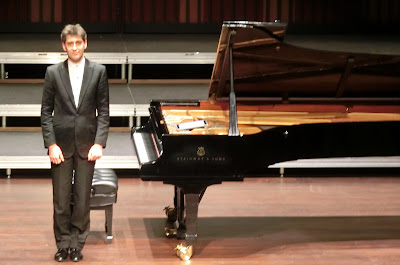