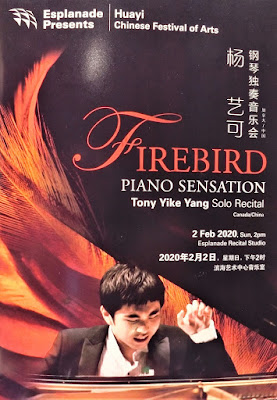 
This review was published in The Straits Times on 4 February 2020 with the title "Firebird takes flight on 88 keys".


Esplanade’s Huayi Chinese Festival of Arts has presented Chinese pianists in solo recitals over the years, including Chen Sa, Chen Jie (both China) and Tiffany Poon (Hong Kong), the last of whom garnered a sellout last year. This year’s offering was prize-winning Canadian-Chinese pianist Tong Yike Yang, a Toronto resident who is now pursuing dual-degrees in economics and music in Harvard University and New England Conservatory respectively. 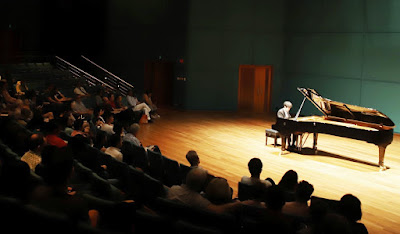 Quite unusually, his recital began with the Eighth Novelette (Op.21 No.8) of Schumann, a short piece with a profusion of ideas that became almost difficult to follow. Yang exuded much passion and lyricism while making sense of its narrative flow.

More familiar was Chopin’s Third Sonata in B minor (Op.58), a warhorse in four movements.  Again, solid technique was allied to good musical taste as he negotiated digital complexities of the first two movements well. Ironically it was in the technically less demanding slow movement when things became unstuck. 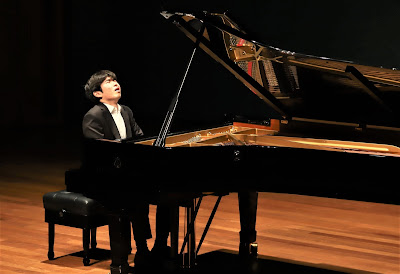 For all of Esplanade’s strenuous warnings against unauthorised photography, the arts centre had to employ an official photographer who failed to silence his digital camera. Thus the quietest bits of the Largo was subjected to incessant pings and clicks as he snapped away with gusto. Whether these distracted Yang and caused him to falter was moot, but after that, the hitherto immaculate playing was no more.

Beethoven’s Moonlight Sonata (Op.27 No.2) was not supposed to be the German’s most difficult work, but Yang’s effort made heavy weather of it. Whatever mystery that the opening movement (reminding some poet of moonlight over Lake Lucerne) evoked evaporated like the mist, the dance-like middle movement sounded prosaic, while there was a near collapse in the tempestuous finale. 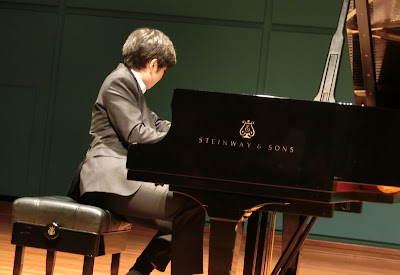 The only concession to Chinese music came in five selections from Tan Dun’s Eight Memories in Watercolour. These short movements included dances and folk music much in the matter of Bartok’s idiomatic piano music. These were performed, wisely, with a score at hand and the vigorous celebratory chords in the final piece, Sunrain, set the stage well for Yang’s final showdown.

In Italian pianist Guido Agosti’s fearsome transcription of three movements from Stravinsky’s Firebird Suite, Yang was able to flex all kinds of musculature to make the orchestral piece come alive on 88 keys. This he succeeded with stunning aplomb, with the Infernal Dance of King Kastchei sweeping the keyboard and taking no prisoners. The bell-like sonorities of the Finale also came off with clangorous clarity. 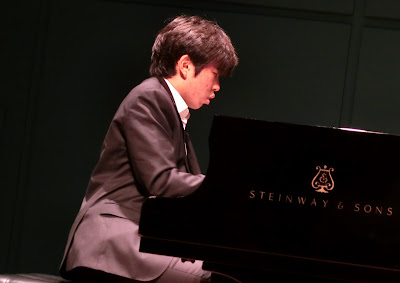 Yang greeted the applause with short, quick bows and polished off the encore of Chopin’s Fantaisie-Impromptu like a young man in a hurry. He even had the chutzpah of improvising a glissando when a descending scale almost came off the rails. A hot-shot talent for sure, and he even has economics to fall back upon should he ever tire of the stage.

Photographs by the kind courtesy of Esplanade Theatres On The Bay.
Posted by Chang Tou Liang at 07:30