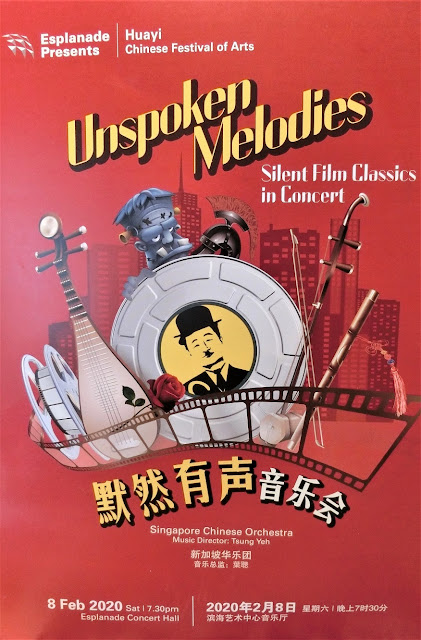 
This review was published in The Straits Times on 10 February 2020 with the title "Chinese instruments meet old black and white Western films".


Following the success of Singapore Chinese Orchestra’s concert accompanying The Goddess (starring Ruan Lingyu) at the 2014 Huayi – Chinese Festival of Arts, the same formula was applied to four Hollywood silent classics from 1910 to 1923. The team of SCO Composer-in-Residence Law Wai Lun and his Hong Kong-based nephew Lincoln Lo returned to craft original scores, which were performed under the baton of Yeh Tsung.

The idea of Chinese instrumentation accompanying a Western film fortunately produced no jarring discrepancies between visual and aural experiences. Although the music could have easily been performed by a western symphony orchestra, the overall effect was one of seamlessness through its almost 90-minute duration.

The concert opened with a short and lively Overture encapsulating the legacy of silent movies. Footage from period cinema (both Western and Asian) were included, as well as scenes from 1920-30s Singapore obtained from British Pathe and Penn Museum archives.

There is a period charm to the four black and white moving pictures, even if plotlines were simplistic, hopelessly naive and devoid of nuances between black and white (representing vice and virtue respectively). The only objection would be the odious racial stereotypes commonplace a century ago, such as portraying orientals and blacks as lackeys, or gypsies as plain evil. Of course there would be a certain tramp to save the day. 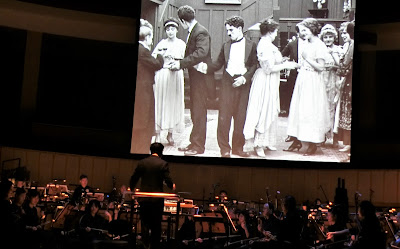 Charlie Chaplin starred in two of the movies, The Adventurer (1917) and The Vagabond (1916), which opened and closed the show. But how differently these were treated. The former revelled in   slapstick and farcical Keystone Cops-like chases, with a jazzy, dancehall-music filled score which induced the most titters and laughs from the audience. 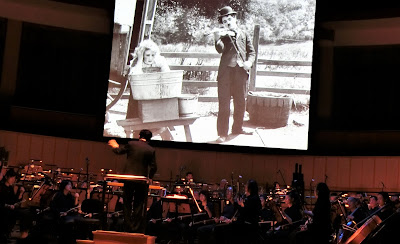 The latter was a romance, where boy saves girl from slavery, with tender moments involving piano and low strings, and a big melody to cap a climax. Did one detect a faint whiff of Nino Rota’s Romeo and Juliet theme, even when Tchaikovsky’s would have been the more appropriate? 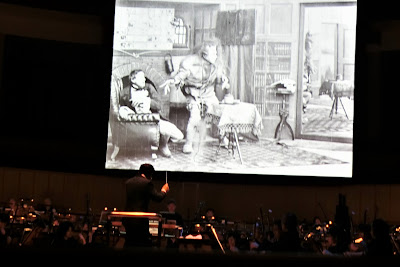 Quite different was Frankenstein (1910) starring Augustus Phillips, supposedly a thriller inspired by the Gothic horror novella. The music became more dramatic, with pitched percussion and piano reliving haunted house scary effects while weepy erhus added a further layer of suspense. Quite hilariously, the monster came across as almost loveable, like some overgrown house pet. 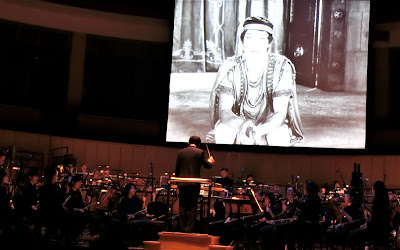 Buster Keaton was the hero in Rome from The Three Ages (1923), its centrepiece being a “race-to-the death” within a Coliseum-like arena. For the momentous occasion, loud martial music with vocalisations from the musicians filled the air, in the showdown between the villain’s horse-drawn chariot and Keaton’s dog-sled. Guess which one won.

Even if the movies’ content had little to do with Chinese culture, SCO’s contribution to Esplanade’s Chinese-themed festival was still a significant one. To showcase Chinese instruments as a versatile force, capable of transcending cultural barriers, was the name of the game. 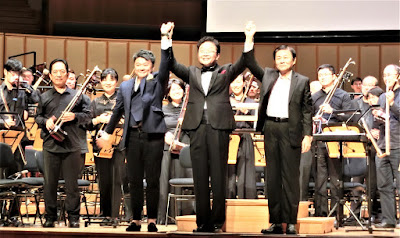