This review was published in The Straits Times on 15 September 2020 with the title "Joyful symphonic fantasy marks orchestra's triumphant return".

The date September 11 will be remembered for historical reasons, but in Singapore this year it marked the return of concert life after six months in the wilderness. The global Covid-19 pandemic is still with us, but traces of the old normality are returning as the Singapore Chinese Orchestra (SCO) became the first musical group to present a live concert before a live audience. 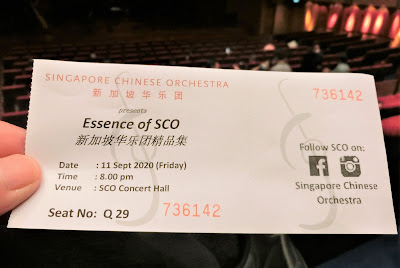 Greeted by warm and appreciative applause, a pared-down 23-person chamber orchestra led by music director Yeh Tsung performed an hour-long concert for a socially distanced audience limited to just 50 persons. The first thought that came to mind: what a pleasure it was to witness music first hand rather than from a screen and through a pair of headphones. 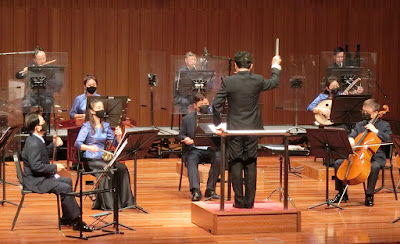 Zhao Jiping’s rousing Celebration Overture opened the concert. Although its first pages were a blatant rip-off from Glinka’s Ruslan And Ludmilla Overture, there was still enough original material to sustain interest. The big erhu melody, later heard on concertmaster Li Baoshun’s jinghu, was memorable, as was Jin Shiyi’s suona solo that rose above the throng at its apotheosis. 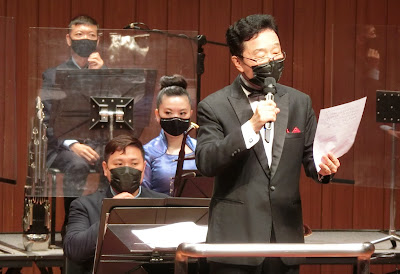 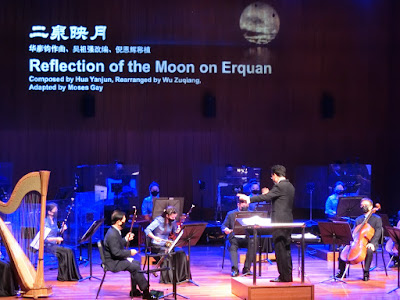 Conductor Yeh compared the evening’s programme to a four-movement symphony. Thus legendary blind erhu player Hua Yanjun aka Abing’s Reflection Of The Moon On Erquan served as its slow second movement. Orchestrated for bowed strings by Wu Zhuqiang and Moses Gay, the ensemble played liked an expanded string quartet, with the melodic interest sustained by gaohus and erhus. 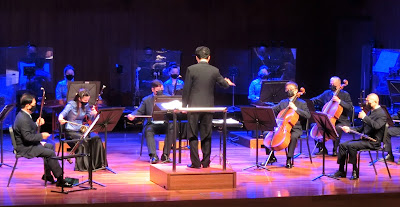 Some have compared this with Barber’s Adagio For Strings, but these works are actually very different. Abing’s Moon is atmospheric and meditative but not weepy, its evocation being nostalgia rather than tragedy or outright grief. The overall effect created was particularly beautiful. 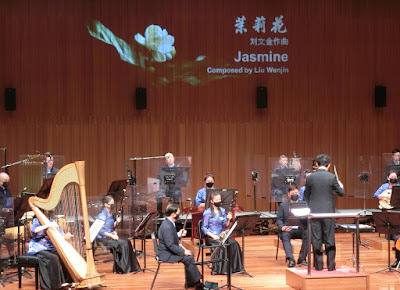 Still on popular melodies, Molihua (Jasmine) was relived in a form of a symphonic fantasy by master orchestrator Liu Wenjin. The highly recognisable tune was heard at the the outlet, and subject to a fine series of variations. Among the solo instruments highlighted were the dizi and Jin’s suona which became its most prominent voice. 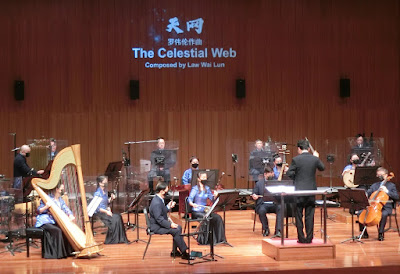 The concert’s final movement was an abridged 10-minute version of Law Wai Lun’s The Celestial Web, a large-scaled work commissioned by the Singapore Arts Festival and premiered by the SCO in 2003. Gone however were the recitations, chorus and Tan Swie Hian’s words which hailed the universality of man, but Schiller’s Ode To Joy message came through in the music which opened with deliberate quotes from Beethoven’s Ninth Symphony.

Eclectic as this music was, with influences from Ravel, Gershwin and film music, it did not outstay its welcome. The opportunity to enjoy its intricate instrumentation, Zhao Jianhua’s erhu solo and a sentimental wallow towards the end was well worth the time. The general feeling of optimism continued into the celebratory encore Hua Hao Yue Yuan (Blooming Flowers, Full Moon) with a customary clap-along. What was there not to enjoy?