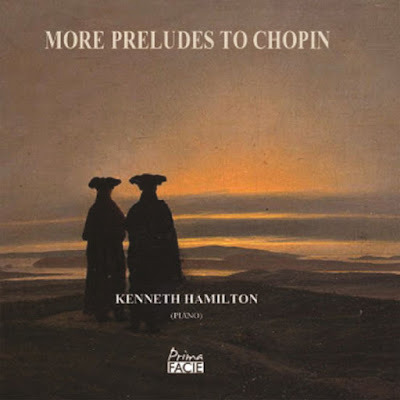 NOCTURNES, WALTZES AND OTHER WORKS

This is the Cardiff-based Scottish pianist Kenneth Hamilton’s second Chopin recital disc built upon the subject of preludes. The prélude is a short piece meant to preceding a more extended work, but Chopin did not really plan it that way. He wrote 27 preludes, 24 of which were included in his well-known Op.28 set. He however never performed all of these in a single sitting (unlike what recordings and piano competitions suggest), instead picking a choice few for his recitals.

Hamilton’s juxtapositioning of preludes and longer pieces is both imaginative and ingenious. The most obvious pairing comes at the beginning, the C minor Prélude (Op.28 No.20) followed by the C minor Nocturne (Op.48 No.1). The two fit like hand and glove. Then it becomes less predictable when harmonic and key signature relationships do not play a part. Mood and emotion take over when the E minor Prélude (Op.28 No.4) comes before the A minor Waltz (Op.34 No.2). Both pieces explore different aspects of melancholy. 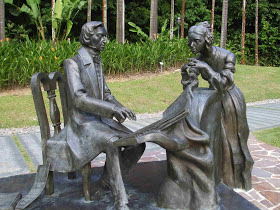 Resolute chords link the Prélude in E major (Op.28 No.9) with the Polonaise-Fantasy in A flat major (Op.61), two otherwise unrelated keys. Diametrically contrasted works – the coruscating B flat minor Prélude (Op.28 No.16) and the serene E flat Nocturne (Op.55 No.2) – hang on a single note. A high B flat unites both pieces.

When can a prélude precede another prélude? When their keys are D flat major (Op.28 No.15, the Raindrop) and C sharp minor (Op.28 No.10, the Night Moth, both according to Hans von Bülow) respectively. Which is followed by the C sharp minor Waltz (Op.64 No.2), of course.

There is much to enjoy in this programme, which also includes the popular E flat major Nocturne (Op.9 No.2) in a rarely heard and more florid alternative version, Variations Brillante (Op.12), the First Ballade (Op.23), and more préludes.

A third volume awaits. Hamilton’s playing is up there with the best of Chopin intepreters, and it is his spirited advocacy of programme planning by preluding that makes this recital disc stand above the routine.