THE COMPLETE BEETHOVEN VIOLIN SONATAS: UP CLOSE AND PERSONAL / More Than Music / Review 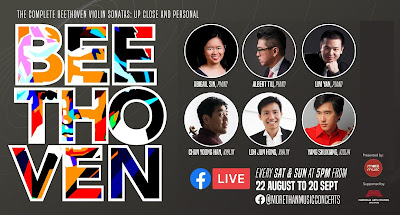 UP CLOSE AND PERSONAL

This review was published in The Straits Times on 4 September 2020 with the title "An exuberant showcase of Beethoven's Violin Sonatas".

This year marks the 250 anniversary of the birth of great German composer Ludwig van Beethoven (1770-1827). No symphony or concertos cycles had been planned in Singapore but given the Covid-19 pandemic, one should be grateful for More Than Music’s online cycle of his ten violin sonatas.

Contrary to earlier publicity, this is not the first time such a cycle has been presented here. Back in 1999, veteran Penang-born pianist Dennis Lee performed with five young Singapore Symphony Orchestra violinists in three concerts at Victoria Concert Hall.

Nevertheless, this was still a showcase by a Who’s Who of Singapore’s classical scene: violinists Loh Jun Hong, Chan Yoong Han and Yang Shuxiang, partnered with Abigail Sin, Lim Yan and Albert Tiu, pianists who are also faculty members of the Yong Siew Toh Conservatory. All the performances were recorded at Esplanade Recital Studio and released online in published order every Saturday and Sunday afternoon since 23 August.

The ten sonatas spanned from 1798 to 1812, encompassing the “Early” and “Middle” periods of  Beethoven’s creative output. Like his better known piano sonatas, these display a wealth of expression, and feature very difficult piano parts which he played himself. Little wonder, these were often referred to as sonatas for piano with violin. 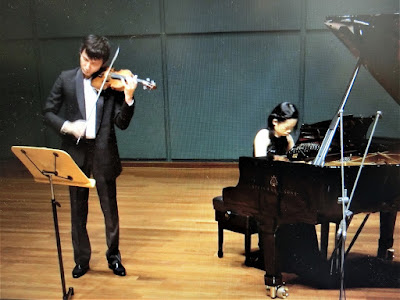 The early Op.12 trilogy is less often heard but are contrasted in emotions and feelings. No.1 in D major established his spirited and extroverted style, a conscious reaction to the gentility of Mozart’s sonatas for the same instruments. Loh’s incisive approach and excellent intonation, with Sin keenly responsive partnership, made it a pleasure to behold. 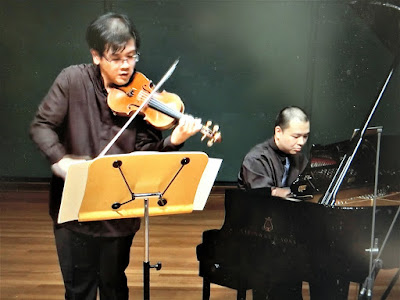 All the performers gave a short preamble, providing succinct insights to each work. Sonata No.2 in A major was more light-hearted, with even an air of mischief. Its humour in the outer movements was well captured by Chan and Lim (members of the well-established Take Five quintet), who also plumbed the depths in the slow movement’s more serious moments. 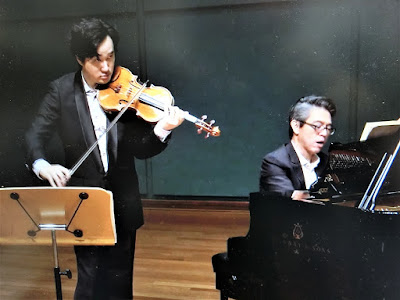 The most exuberant of the set, Sonata No.3 in E flat major suited the duo of Yang and Tiu just fine. The former’s unbridled demonstration of passion found a perfect foil in the latter’s sensitive yet scintillating fingerwork. The casting of the sonatas and allocation of the respective performers had been spot on through out. 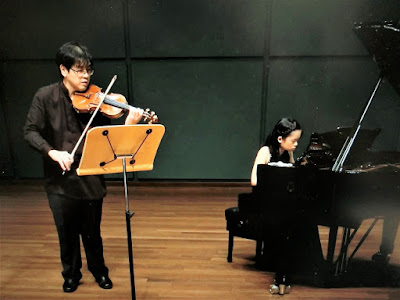 Sonata No.4 in A major (Op.23) was the first of the stand-alone sonatas. From the outset, its dramatic intensity and bristling energy saw Chan and Sin flexing muscle and sinew. Its heightened  tension was contrasted by the mincing steps and play of counterpoint in the second movement. This was before the finale’s unease, bringing back earlier trials and tribulations for a nervy finish.

This excellently curated cycle continues with Sonata No.5 and onwards from Saturday till 20 September at: