Streamed Live on the Internet

This review was published in The Straits Times on 1 September 2020 with the title "Music closes on a high, despite playing 'blind'".

There has not been a live orchestral concert in Singapore since mid-March, before circuit breaker and social distancing measures made grouped performances impossible. There were concerts on the Internet, but mostly of pre-recorded performances. In June, a breakthrough took the form of a live concert by the Concordia Quartet, whose four members performed from different locations for a live Internet audience.

Its parent organisation, re:Sound, has gone several steps further by presenting a live chamber orchestra concert with a full symphony to boot. Twenty-three musicians were gathered into spaces  of an Orchard Road location where they performed, socially distanced, wearing headphones and masked (wind players excepted). As they played, the wonders of modern digital technology ensured that their efforts were being appreciated by online viewers.

One positive outcome of this pandemic has been to witness the sheer ingenuity of people who live for art, want to make good music, and share it with others. 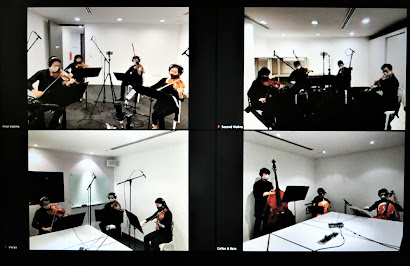 The 50-minute concert opened with English composer Peter Warlock’s Capriol Suite (1926) for strings. Its six movements were based on French renaissance dances, brought up to date with modern harmonies and occasional dissonances. The 14 string musicians were separated into four rooms, where they essentially played “blind”, that is being unable to see the other groups, but able to hear them.

Despite the disadvantage, they produced a clear and homogeneous sound in the opening Basse-Danse soon after leader violinist Edward Tan gave the three-count to begin. Despite the absence of an on-site audience, the opportunity for premature and untimely applause still cropped up. That happened just after the presto 4th movement (Bransles), leading to some confusion among the players and crew. Resuming from that, the tender Pieds-en-l’air and vigorous Mattachins (Sword Dance) provided enough contrasts for the suite to close with appropriate plaudits.

The main event was Mozart’s popular Symphony No.40 in G minor, with woodwinds and brass thrown into the fray. Division of labour saw these musicians playing in two further rooms, with the pair of bassoons (a husband-wife couple) sequestered into a studio just bigger than a broom closet. 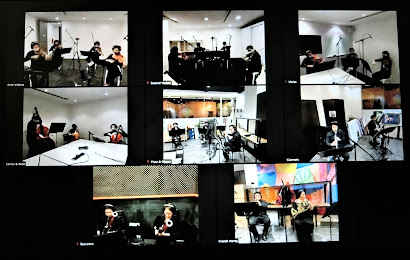 There was no conductor, instead the musicians relied on low strings to begin and for the others to join in. Ensemble could be tighter but given the circumstances, the results were more than acceptable. Tempos were not overly brisk, with a comfortable pace adopted, surely predetermined in earlier rehearsals. Yet there was still a palpable sense of tension and urgency in the 1st movement’s development.

The slow 2nd movement did not drag but maintained an unerring course, a sign of an ensemble gaining in confidence. The Menuetto was suitably jaunty, but the French horns had hairy moments of intonation in the Trio section. The rollicking finale was taken at a fair lick, ensuring a heightened level of excitement, which turned into suspense when the violists disappeared from view. Technical glitch or no, the music surged on regardless to close on a exultant high. 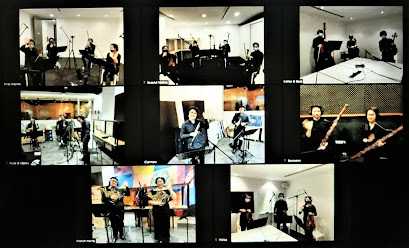 You can attend this concert at: