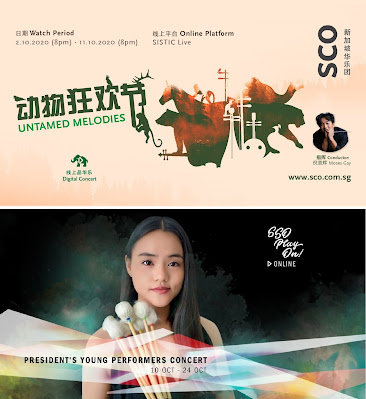 While the Singapore Chinese Orchestra has begun live performances, online concerts are still an important means of expression and communication. Conducted by Assistant Conductor Moses Gay, this digital concert exploited traditional Chinese instruments’ uncanny ability to mimick the sound of animals and nature. 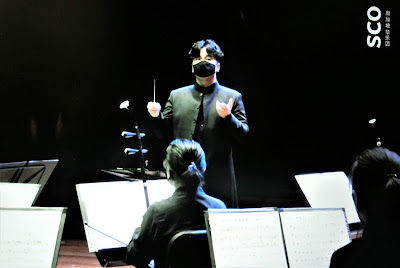 There were eight works in total, with six featuring solo instruments. Pride of place went to works extolling the noble horse, with Gu Guanren’s Sturdy Steeds Gallop rousingly opening the show and Huang Haihuai’s familiar Horse Racing with Ling Hock Siang and Hu Chung-Chin’s neighing erhus keeping up the pace. A feisty dizi duel between Lim Sin Yeo and Lee Jun Cheng was the basis of Chen Zhongshen’s Grasshopper Teasing The Rooster, based on a Taiwanese song. 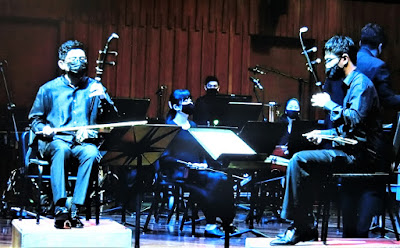 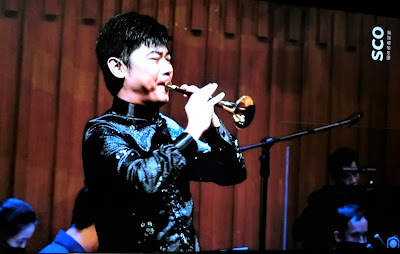 Hundreds Of Birds Adoring a Phoenix arranged by Wang Fujian was a tour de force of birdsong, with suona soloist Meng Jie in full-blown improvisatory glory doing the honours. How does one imitate the mighty roar of a tiger? It took five percussionists to enact An Zhishun’s Tiger Bracing For Attack on a variety of cymbals, wood blocks, tamtam, and Benjamin Boo leading on the dagu. The concert evocatively  closed with portrayals of a peacock (with sheng solo), camel caravan (zhongruan) and four movements from Liu Xing’s Animal Suite, the last being the Chinese answer to Saint-Saëns’ Carnival Of The Animals. 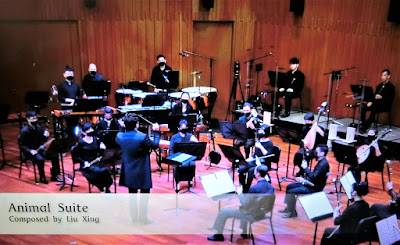 For the first time ever, the annual President’s Young Performers Concert by the SSO became an online event. This year’s soloist Julia Tan was also the first percussionist to feature in this series. French percussionist-composer Emmanuel Séjourné’s Concerto for Marimba and Strings (2005), in two contrasting movements, was her showcase vehicle. 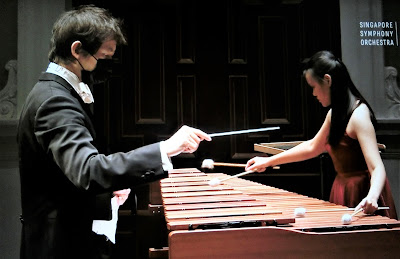 The music was gratifyingly tonal, with an elegaic slow opening movement allowing the award-winning Nanyang Academy and New York-trained virtuosa to luxuriate in the instrument’s mellow tones and harmonies. The balance between struck wood and soothing strings was close to perfection. The energetic finale was a blast, delighting in jazzy and dizzying dance rhythms, amply displaying the marimba and performer’s exuberant side.

Flanking the impressive solo show were works for just strings. Samuel Barber’s famous Adagio For Strings opened the concert. If there were any music that portrayed profound sadness with a prolonged sigh, this was it. Conductor Tan kept the pacing on a taut leash, without allowing the music drag. Pathos not bathos dignified this well-judged reading, which rose to an impassioned climax before gently receding. 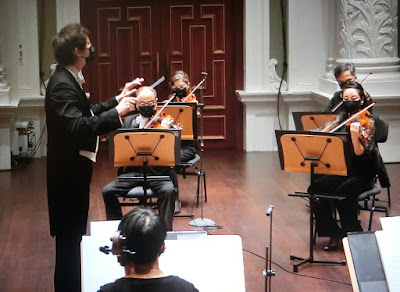 Czech composer Josef Suk’s Serenade For Strings followed in the same hallowed tradition of his father-in-law Antonin Dvorak’s string serenade. Its lyrical and hugely enjoyable melodies were given a slick and shiny gloss, voiced by svelte string sound that has become an SSO hallmark. The slow 3rd movement was an Adagio, mirroring the programme’s opening piece, but the heartfelt playing reflected nostalgia rather than grief. The outer movements were spirited and cheerful, closing the concert on an invigorating high.