Another rehash of my older reviews. This time, the first ever Sibelius symphony cycle by an orchestra in Singapore, timed to coincide with the 50th anniversary of the great Finnish composer's death. Doing the honours were The Philharmonic Orchestra conducted by Lim Yau. These were first published in The Straits Times in 2007 and 2008. 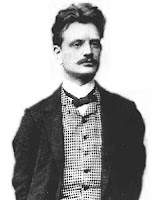 Strange as it may seem, the Singapore Symphony Orchestra with Okko Kamu, its Finnish Principal Guest Conductor for twelve years, has never completed a cycle of Jean Sibelius’ seven numbered symphonies. So it has been left to the young amateurs of The Philharmonic Orchestra under its Music Director Lim Yau to do the honours.

The first installment was most encouraging to say the least, although there were parts where maturity and experience could have made a difference. In the lithe Third Symphony in C major that opened the concert, the sparer and less opulent idiom adopted by a more mature Sibelius seemed elusive to the band.

Where there were no expansive tunes or familiar sonic scenarios to luxuriate in, the playing sounded static and wanting in direction. On the other hand, when the march-like procession of the third movement gathered steam, the tendency was to be foursquare and almost banal. Here is a beguiling work that could have done with further thought and study.

However, in the Romantic Nationalist musings of the First Symphony in E minor, the orchestra felt much more at home, and the results were little short of marvelous. From Desmond Chow’s excellent and wonderfully inflected clarinet solo in the first movement to the warmth and fuzziness generated by the big string melody of the Tchaikovskian finale, this was a passionate performance that had much to recommend.
The ensemble was disciplined and cohesive in execution, and the solo playing more than coped. Timpanist Yeow Ching Shiong was emphatic and exuberant, and oboist Veda Lin provided poignancy yet clear-headedness, just to name a few standouts. Central to all this, conductor Lim Yau reined in his forces with authority, rendering this performance an interpretation rather than a mere reading. 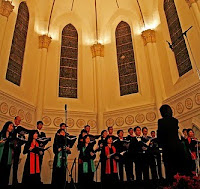 Lim also directed guest performers The Philharmonic Chamber Choir (left) in three contemporaneous Sibelius songs sung in Finnish, a lovely appendage to the symphonic offerings. His short and friendly introduction to the cycle, commemorating the 50th anniversary of Sibelius’ death, complemented the excellent and well-researched notes by Chia Han Leon, marking a return of The Flying Inkpot’s Sibelius Nutcase of cyberspace fame. 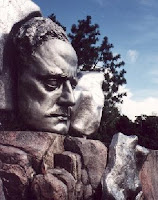 NORTHERN EXPOSURE II
30 March 2008
The second installment of Singapore’s first Sibelius symphony cycle could not have been more daunting. Facing the amateur musicians of The Philharmonic Orchestra (TPO) was the Finnish composer’s enigmatic Fourth Symphony in A minor, the most uncompromising of the seven, making little or no concessions to performer or listener.

The orchestra had made giant leaps since a rather diffident performance of the Third Symphony some five months ago. As searing tritones littered the score like hexes that taxed the ear to the limits of tonal endurance, the young musicians coped magnificently. The brass chorales were spot on, delivering their message with unequivocal vehemence.

Alternating moments of reassurance and unsettling disquiet, this is far from congenial music, Sibelius own ingenious way of rebuffing the comfort and safety of tradition. And to further push his point, the final movement hinted at a grand climax but petered to an anticlimactic end, which was delivered with much persuasion.

Had TPO chosen to perform this as the second piece in the concert, it would have made for a more poignant cliffhanger in anticipation of the trilogy’s close in July. However it opted for a far more optimistic resolution in the popular Second Symphony. And who could blame them, given the loud acclaim and shouts of “bravo” it received?

In the more inviting ambience of D major, the orchestra purred like a well-oiled engine. Strings exuded genuine warmth while woodwinds shone radiantly, and if the intonation of the brass had not strayed on occasion, the result would have been close to perfect. Lim Yau’s very sturdy direction contributed significantly to the evening’s successes. His breezy rather than ramrod-straight approach allowed the music to breathe naturally, avoiding ponderousness and pomposity.

NORTHERN EXPOSURE III
27 July 2008
Here is a pub quiz question for the future: Which was the first orchestra to present the complete symphonic cycles of Beethoven, Schumann and Sibelius at the Esplanade? Answer: No, it isn’t the Singapore Symphony Orchestra, but The Philharmonic Orchestra conducted by Lim Yau.

The final part of the Northern Exposure trilogy – featuring the Finnish composer’s final three symphonies - was arguably its most demanding. Needing to dig deep to realise Sibelius’ epic but flawed heroism in the Fifth Symphony, rejuvenate with lightness and litheness in the Sixth, and conquer the valedictory Seventh was no easy task, but the mostly-amateur outfit delivered heaps.

It was not always smooth sailing, as the Fifth Symphony in E flat major that opened the two-hour long concert had some problems with balancing its sound. The trumpets could have exerted themselves more near the end of the first movement, while the exuberant French horns –with its hyper-sonorous pealing bells, all but drowned out the more subtle woodwinds in the rollicking finale.

After the interval, the much lighter Sixth Symphony in D minor was judged close to perfection, with very rich string tone creating a reassuring, warm fuzzy feeling at the outset. Coming like fresh spring water, this much underrated and under-performed work benefited from refined and yet spirited playing, all through to its understated and unostentatious close.
The one-movement Seventh Symphony in C major is a paradox; it is Sibelius’ shortest symphony yet his longest single movement. Its development, arch-like from a simple upward scale and motif-like fragments to its glorious impassioned climax, is one of the masterpieces of symphony writing. 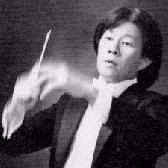 Veteran conductor Lim Yau (above) kept the movement on a tight leash throughout, culminating in a performance that was invigorating, yet never sounding forced or hectic. Its quiet but rapt ending brought to a close an amazing journey of sound and contrasts, a personal diary of musical genius, and a slew of “bravos”.
It took the Singapore Symphony almost 20 years to complete its first Sibelius cycle. The part-timers of The Philharmonic Orchestra accomplished that in just ten months. The gap between professional and amateur music making in Singapore has surely narrowed.
Posted by Chang Tou Liang at 01:08