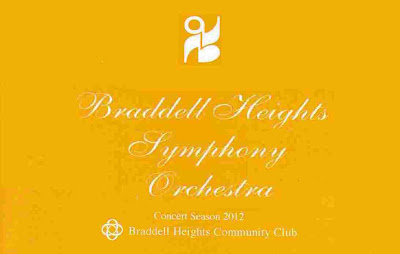 THE GREAT ROMANTICS
Symphony Orchestra
Yong Siew Toh Conservatory Concert Hall
Sunday ()
It is not a great surprise that many people undervalue the worth of community orchestras. They often think, “What can mere amateurs contribute to my understanding and enjoyment of the great classics, when professionals are already struggling to keep up?”  Sceptics should listen to the Braddell Heights Symphony Orchestra, ’s only community orchestra, and then reassess their stand.

Amateurs bring a genuine enthusiasm and love to what they do, and the results can be surprisingly good. Take Tchaikovsky’s Nutcracker Suite, standard seasonal fare for most, but the music calls for some virtuosic solo playing. The orchestra’s woodwinds were excellent in the ballet movements, exemplified by the trio of flutes in Dance of the Reeds, and superb harpist Charmaine Teo in Dance of the Flowers, who also doubled up as keyboardist for the Sugar Plum Fairy.
The strings have also improved, producing a lush and mellow sonority for most part. The brass players, notably the unfortunate French horns, have some way to go to match their partners. Guest Russian conductor Mark Kadin brought out the ensemble’s latent potential in the opener, and in the tricky accompaniment for Lalo’s Cello Concerto.

The soloist was 24-year-old cellist Loke Hoe Kit, who stood out in his white coat amid a sea of black suits. His bright, burnished sound, capable of facing up to the orchestra’s big gestures as well as morphing into quiet and intimate asides, marked a genuine talent.
The second movement’s dynamic contrasts, alternating between melancholy and playful banter, were marvellously realised. The solo flute’s confident and delightful counterpoint provided the icing on the cake. Outright display distinguished the Spanish flavoured finale, where both soloist and orchestra combined well for a vigourous and emphatic close. 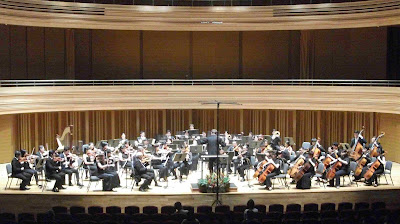 Whether the choice to perform Beethoven’s popular Fifth Symphony on his birthday, the 16th of December, was planned or totally coincidental is immaterial. The curse lies in over-familiarity, however the orchestra could not be blamed of that in the middle two movements, which sounded ragged, under-prepared and at times threatened to come apart.
Thankfully the outer movements proved to be the performance’s salvation. The Fate motif of its opening gained in strength and character, while the finale saw a galvanising of forces, building up inexorably to a passionate and heroic close. This orchestra, the pride of the heartlands, has both guts and gumption to succeed. With time and more exposure, true excellence cannot be too far away.
﻿ 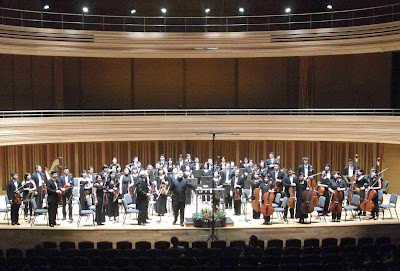