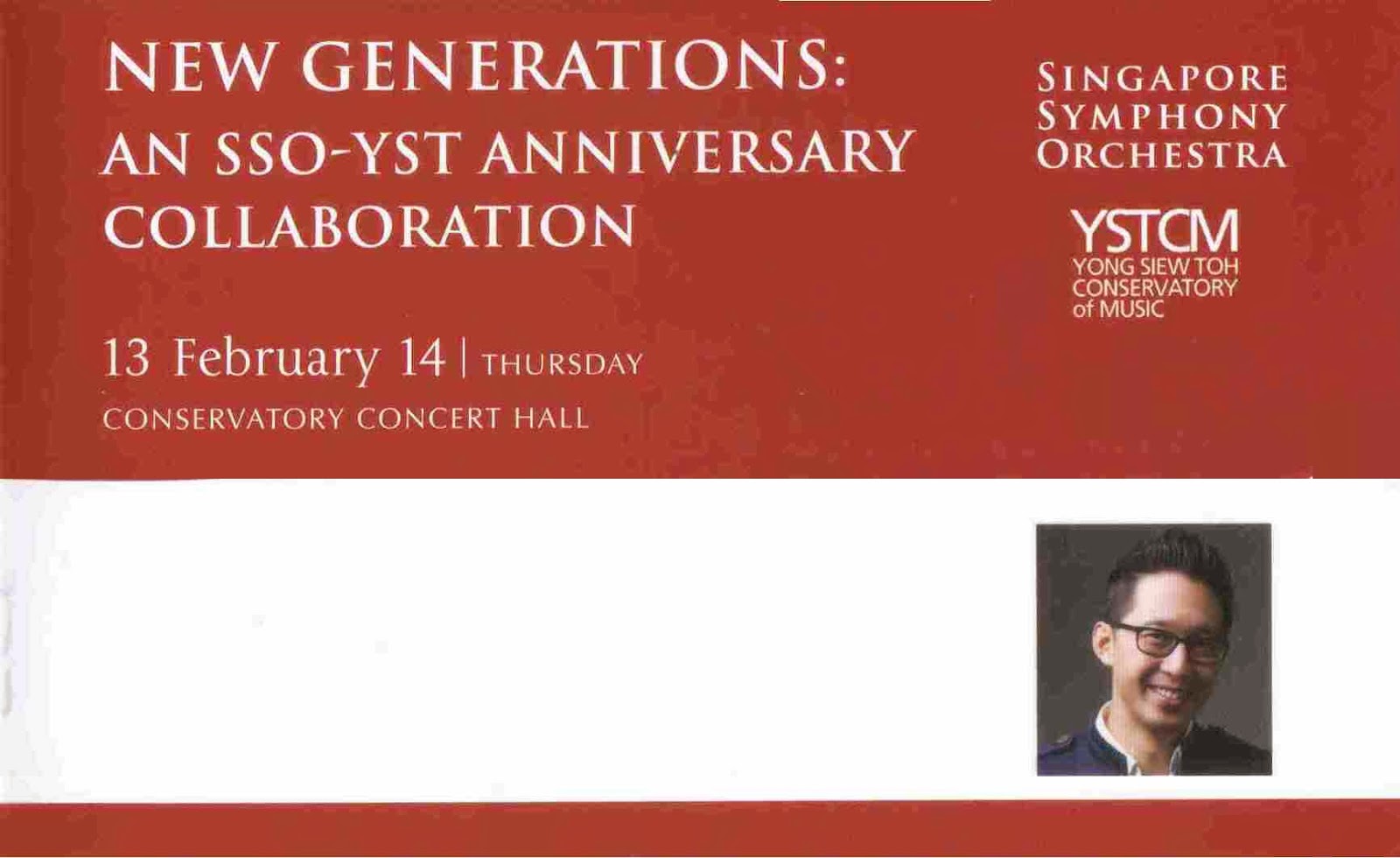 This review was published in The Straits Times on 15 February 2014 with the title "Scoring on musical potential".

The Singapore Symphony Orchestra’s 35th anniversary season booklet weighs almost a ton, but contains the name of only one Singaporean composer in its subscription concerts. Six minutes of music by Kelly Tang was all the national orchestra could afford to perform, but this imbalance was partly redressed with this free concert in collaboration with the Yong Siew Toh Conservatory.

Eight young composers were invited to submit their scores for an orchestral workshop, and three new scores were given premieres, conducted by SSO Associate Conductor Jason Lai in front of a large and enthusiastic audience. The take home was this: the new music heard was not only rather approachable but also diverse in form and character.

It would seem that serialism and atonality were yesterday’s news. Two Moods by Terrence Wong Fei Yang celebrated established pathways in 20th century music. Melancholic was based on a folk-like melody, repeated and developed in a manner which might have pleased the Hungarian master Bela Bartok. By contrast, Destructive was an evocation of war, its hard-hitting, rapid-fire, machine gun-like fusillades provided an unlikely accompaniment for melodies from the tuba and low brass. 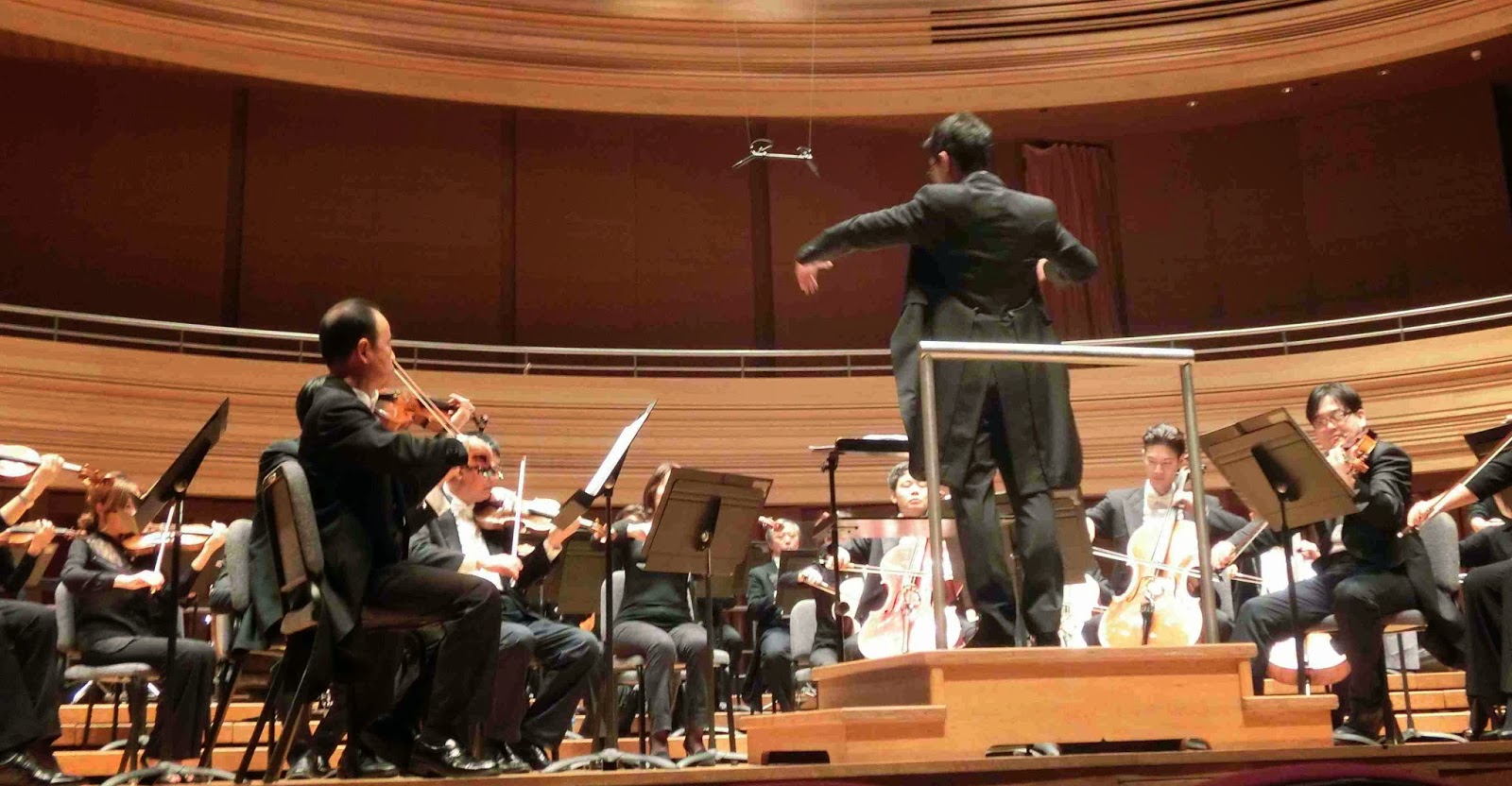 Gregory Gu Wei’s Limbo was the most abstract work of the three. Its opening bassoon solo reminded one of Stravinsky’s The Rite of Spring, but that moved on to a sense of unease and desolation. A restless and rhythmic motif passed around different sections of the orchestra provided an embryo of a fugue, which did not further develop but instead fitfully closed the work on a noisy high.

Both Singaporeans were students of Zechariah Goh Toh Chai, one-time Young Artist Award recipient and very fine composer in his early forties who has yet to be commissioned by the SSO.

Filipino Joshua Pangilinan, student of Conservatory don Ho Chee Kong, provided yet another of his aurally lush canvasses in Creed. This slow movement gradually unfolded like the nascent radiance of a rising sun, with French horn and woodwind solos emerging through a sea of strings textures before gently closing like an unanswered question. This young man truly understands the meaning of spirituality. 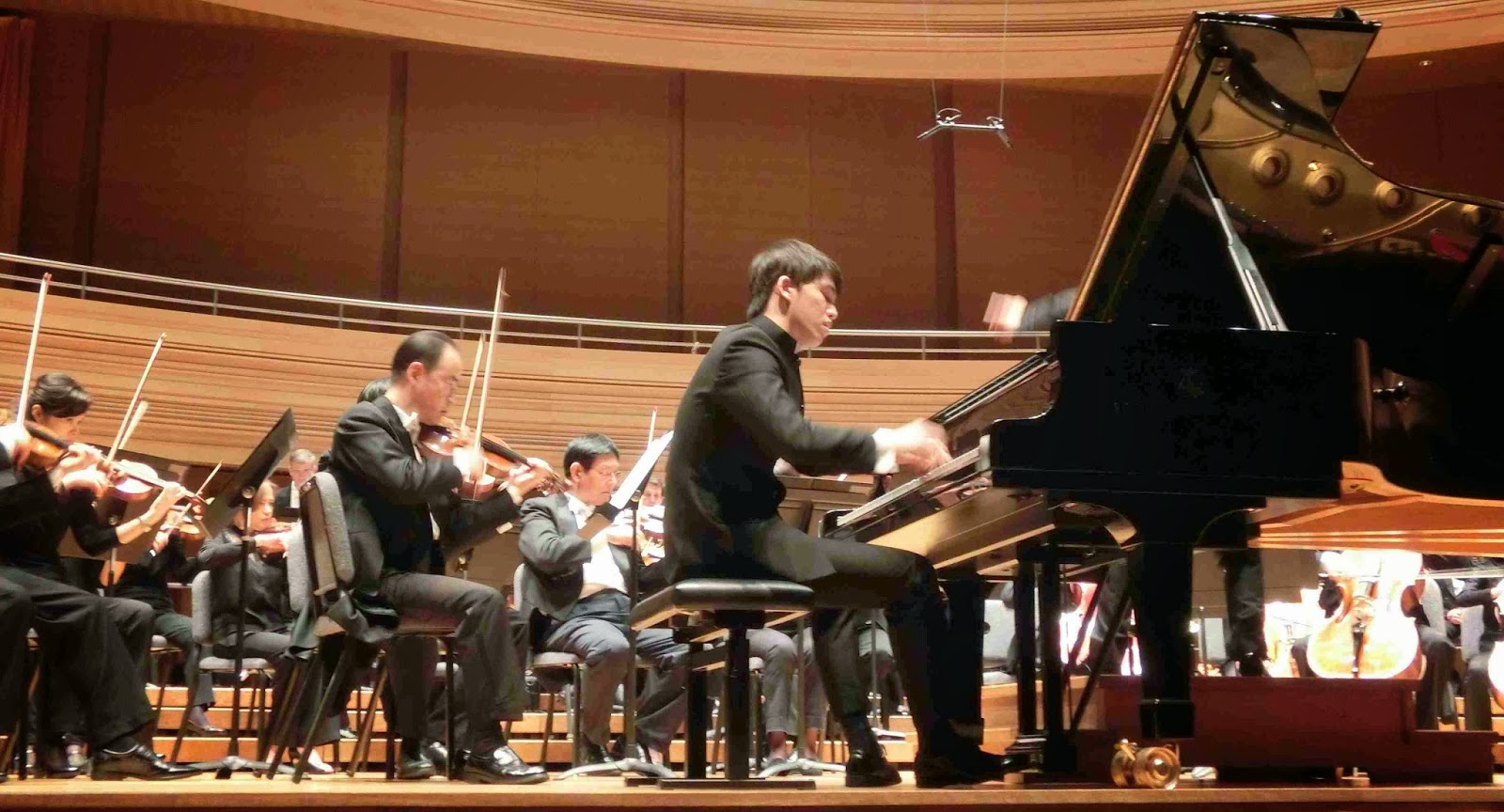 Closing the concert was 2012 winner of the Conservatory’s concerto competition, Chinese pianist Ge Xiaozhe, in the rare honour of being partnered by the SSO in Prokofiev’s Third Piano Concerto. He has the full measure of the work’s finger-twisting and knuckle-crunching difficulties, responding with a fluent and largely accurate account. With time he could further characterise the music’s alternating percussiveness and lyricism, bringing out its grotesquery and fantastical elements with greater trenchancy. There were a few bars of uncertainty in the finale’s run up, but he recovered well to close with much aplomb.

Chalk up another success to the nation’s small but growing fraternity of composers and music makers. Now the SSO needs to start believing and take on the gauntlet in commissioning new local works. 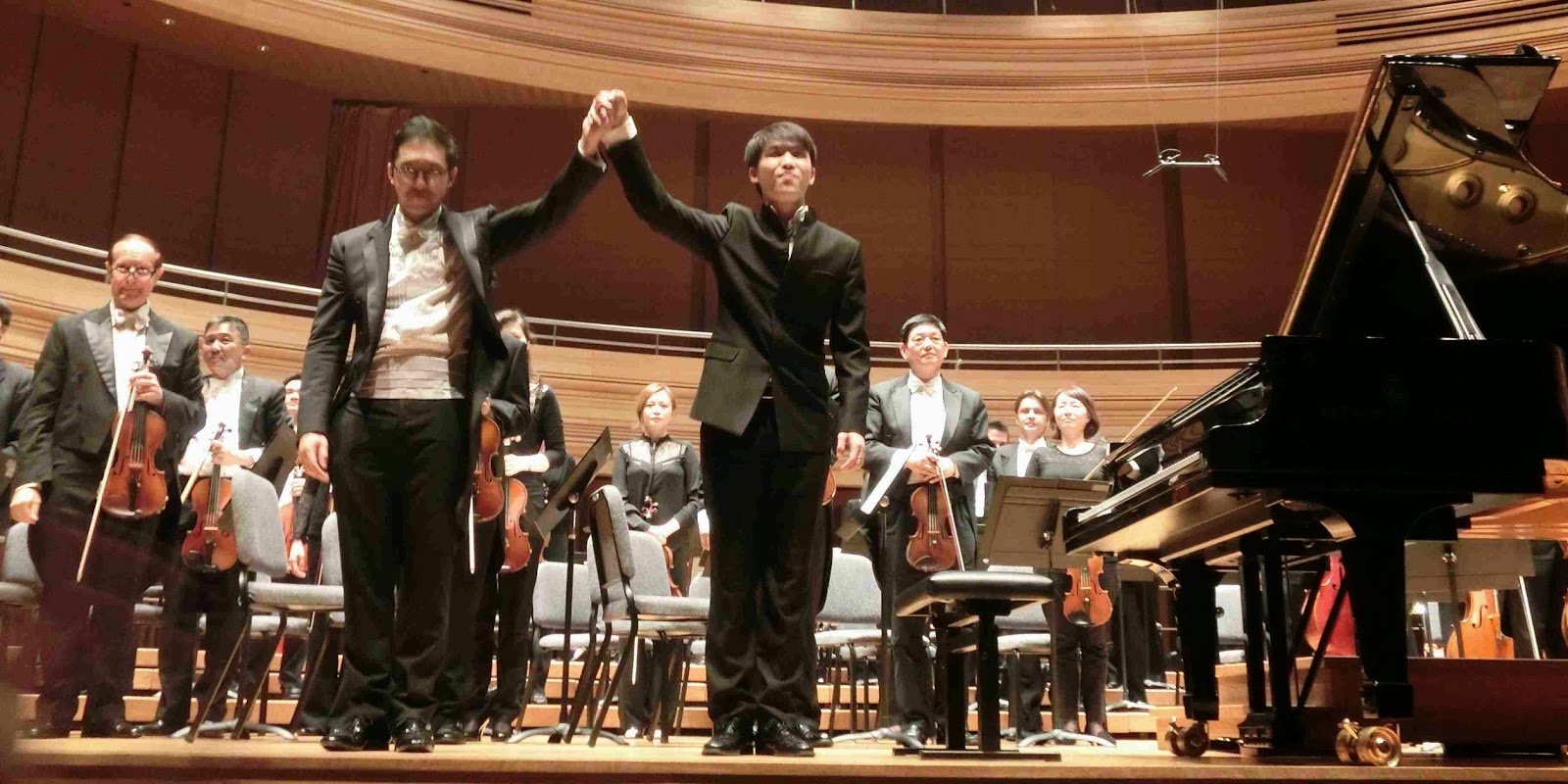 Concert photographs by the kind permission of the Yong Siew Toh Conservatory and Singapore Symphony Orchestra.
Posted by Chang Tou Liang at 07:30

Fully agreed, that last line. Thanks for your support for new music! It was nice to meet you after the concert, however briefly.
- Joshua Pangilinan