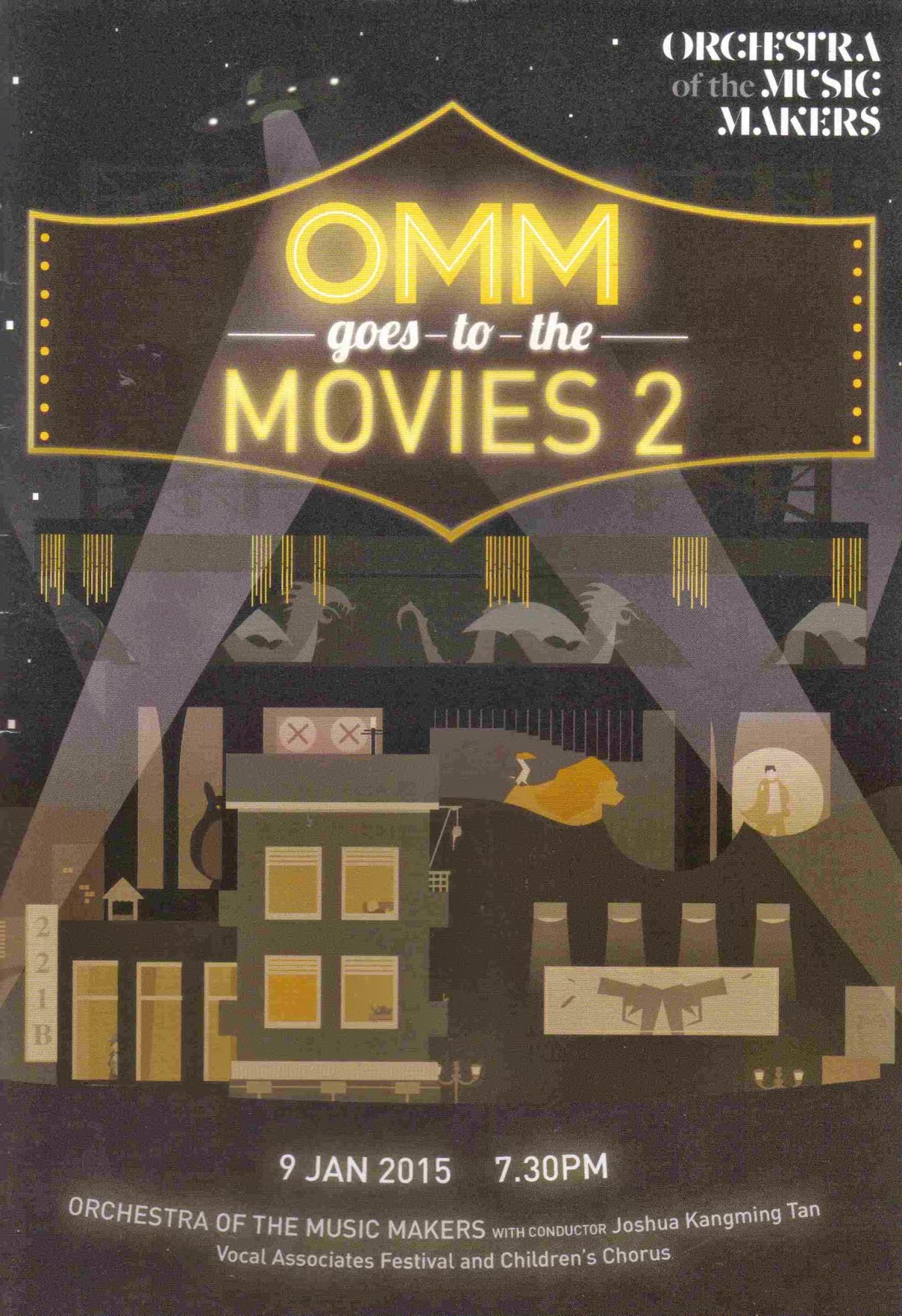 This review was published in The Straits Times on 12 January 2015 with the title "Starry sound trek of movies".

The Orchestra of the Music Makers' second concert of music from the movies was a hit,  just as the first was four years ago. Returning after a successful concert with OMM of Gustav Holst's The Planets last year was Singapore Symphony Orchestra Associate Conductor Joshua Kangming Tan, who remains a charismatic presence on the podium.

The first piece on the programme was however not directed by him, but Concertmaster Edward Tan whose appearance triggered off the planned cacophony that was Edgard Varese's Tuning Up. Here was a serious spoof of what an orchestra does before a concert proper – random snatches of sound, brass warming up, repeated iterations of the A note and even quotes of Beethoven's Seventh Symphony. Originally composed for the movie Carnegie Hall, it was eventually dropped for something less riotous. 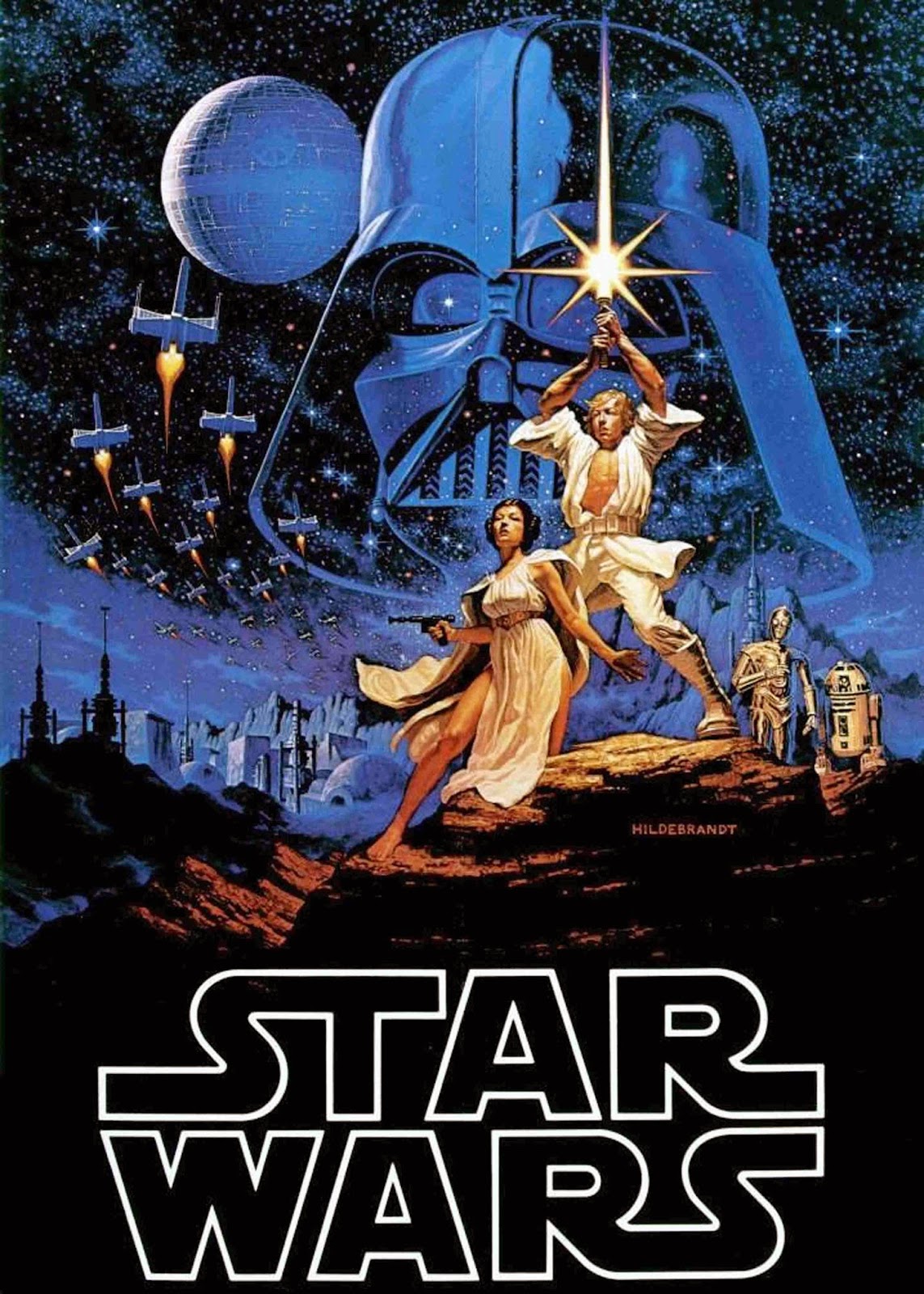 Thus began a nearly 3-hour trek through the starry sound world of celluloid fantasy, almost as long as some of the movies themselves. John Williams is an ubiquitous presence with his music from Star Wars, which rings fresh after all these years. In addition to the familiar Main Title, Luke and Leia highlighted some excellent solos from French horn and oboe, and the furious Duel of the Fates ushered in the full-throated voices of the Vocal Associates Festival Chorus trained by Khor Ai Ming.

The 40-strong Children's Choir graced the Christmassy pages of Home Alone, where Williams' music weaved a different kind of spell, one  of festive cheer and heartwarming antics. It was soon back to the battlefields in 's Fellowship of the Ring, where humans and hobbits fought off the orcs, with the pristine voice of boy soprano Mikey Robinson illuminating the way. The heroics of David Arnold's Independance Day provided yet another opportunity of musical flag-waving, as humans (led by Americans, who else?) triumph over invading extra-terrestrials. 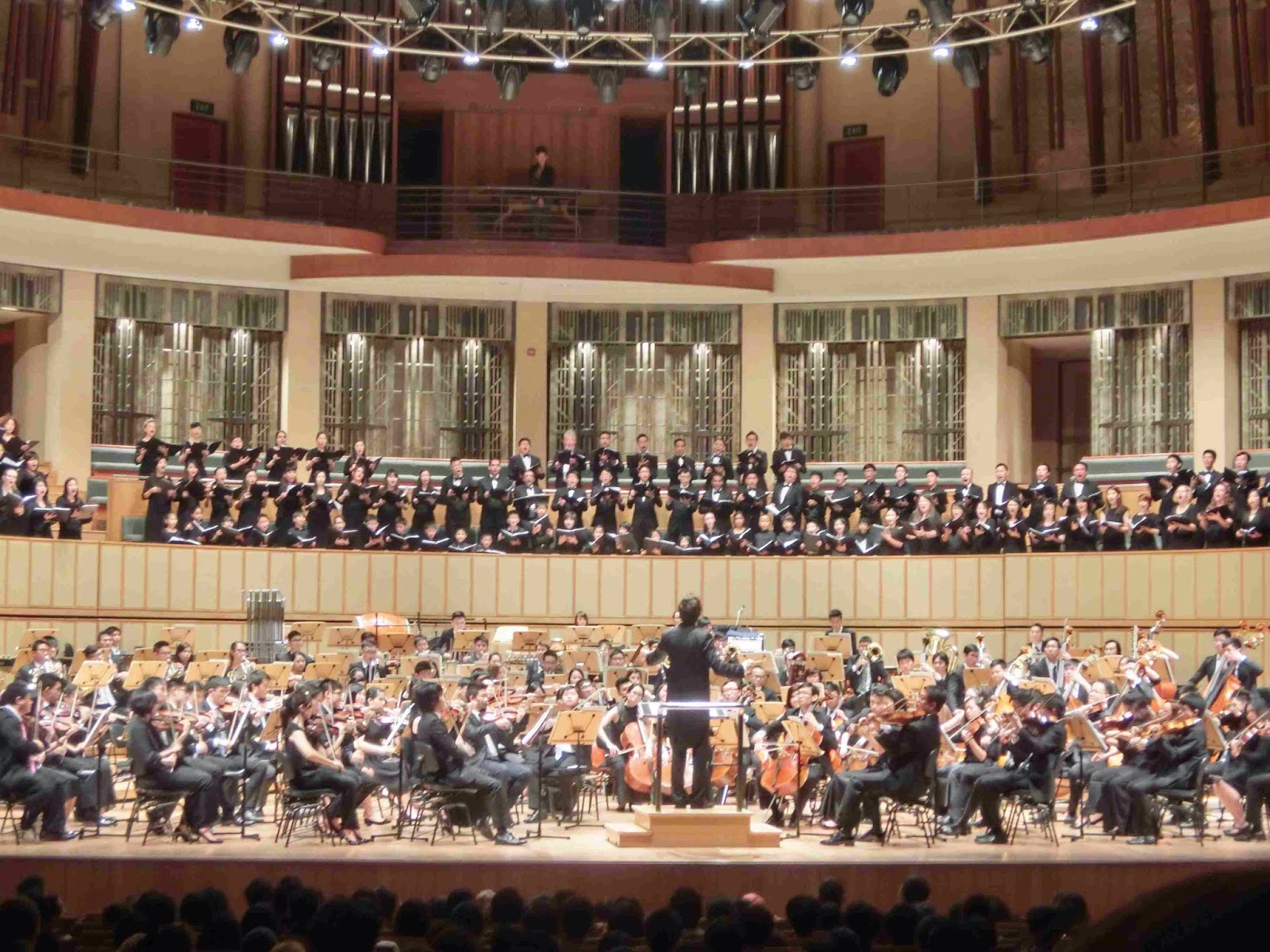 The second half gave a nod to Britain's three most iconic characters of popular culture. Titters broke out in the audience as the choir sang out Ecce Homo (Qui Est Faba), Latin for Behold The Man (Who Is A Bean), Howard Goodall's signature theme for Rowan Atkinson's Mr Bean.  Then Monty Norman's James Bond Theme, complete with electric guitar, trumpets and trombones, blared out without apology, contrasted with the more suspenseful vibes, Edward Tan's violin and ticking heart-beat in 's Sherlock Suite.

The rest of the concert centred on music from animated movies, which have now become the most important source of great melodies today. Joe Hisaishi's My Neighbour Totoro enjoys cult status in Japan, while John Powell's How To Train Your Dragon can be as moving as the best Wagner. Disney classics will take credit for being leaders in song-writing, not least with hits from Robert and Kristen Lopez's Frozen and Hans Zimmer and Elton John's The Lion King, which had the choir swaying along to the infectious beat. 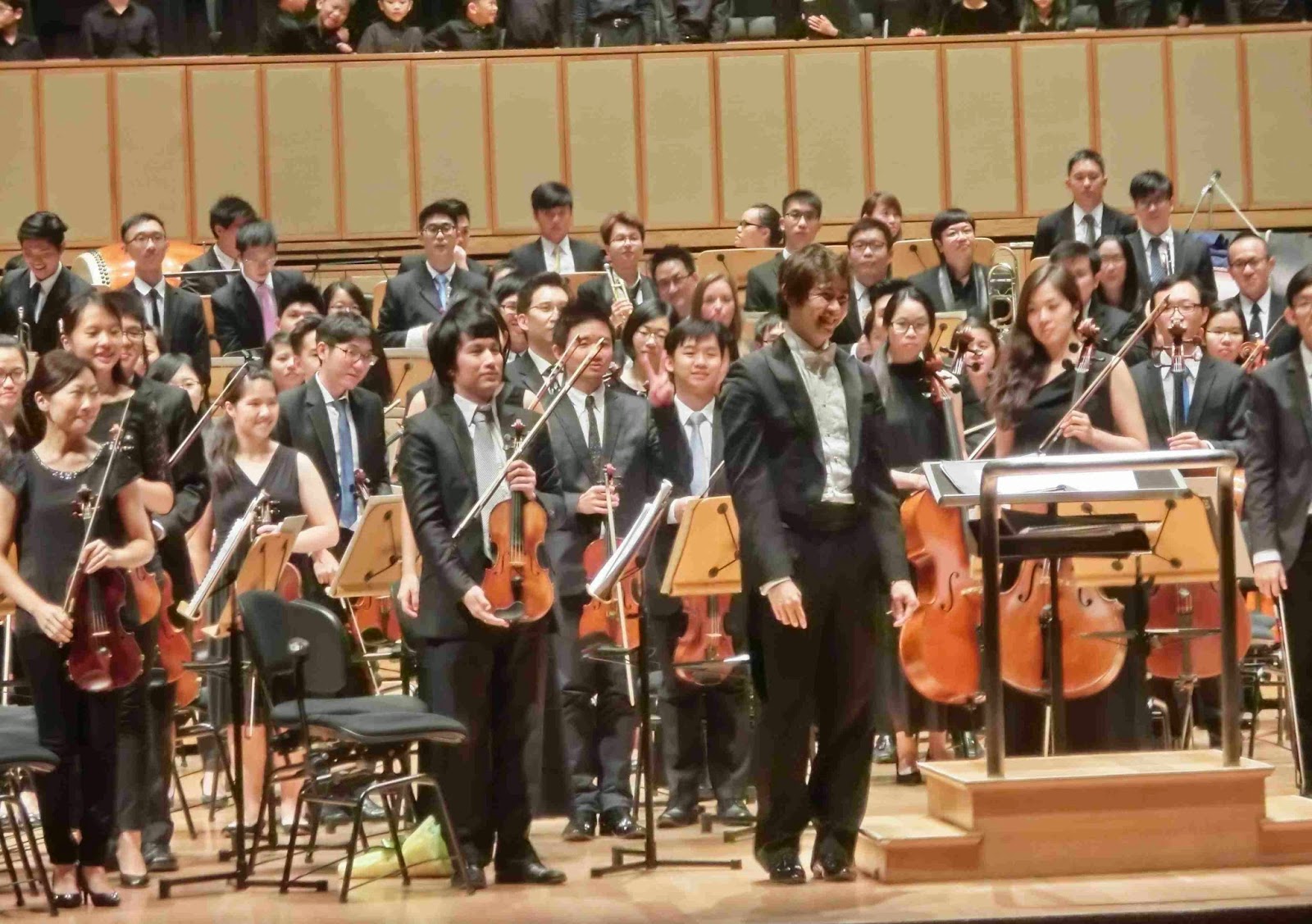 The vociferous applause from the full-house yielded three encores, including a whistle-along as the orchestra hammered out Kenneth Alford's Colonel Bogey March from The Bridge Over The River Kwai.  OMM's next concert on 7 March covers jazz and Jeremy Monteiro. Be sure not to miss it. 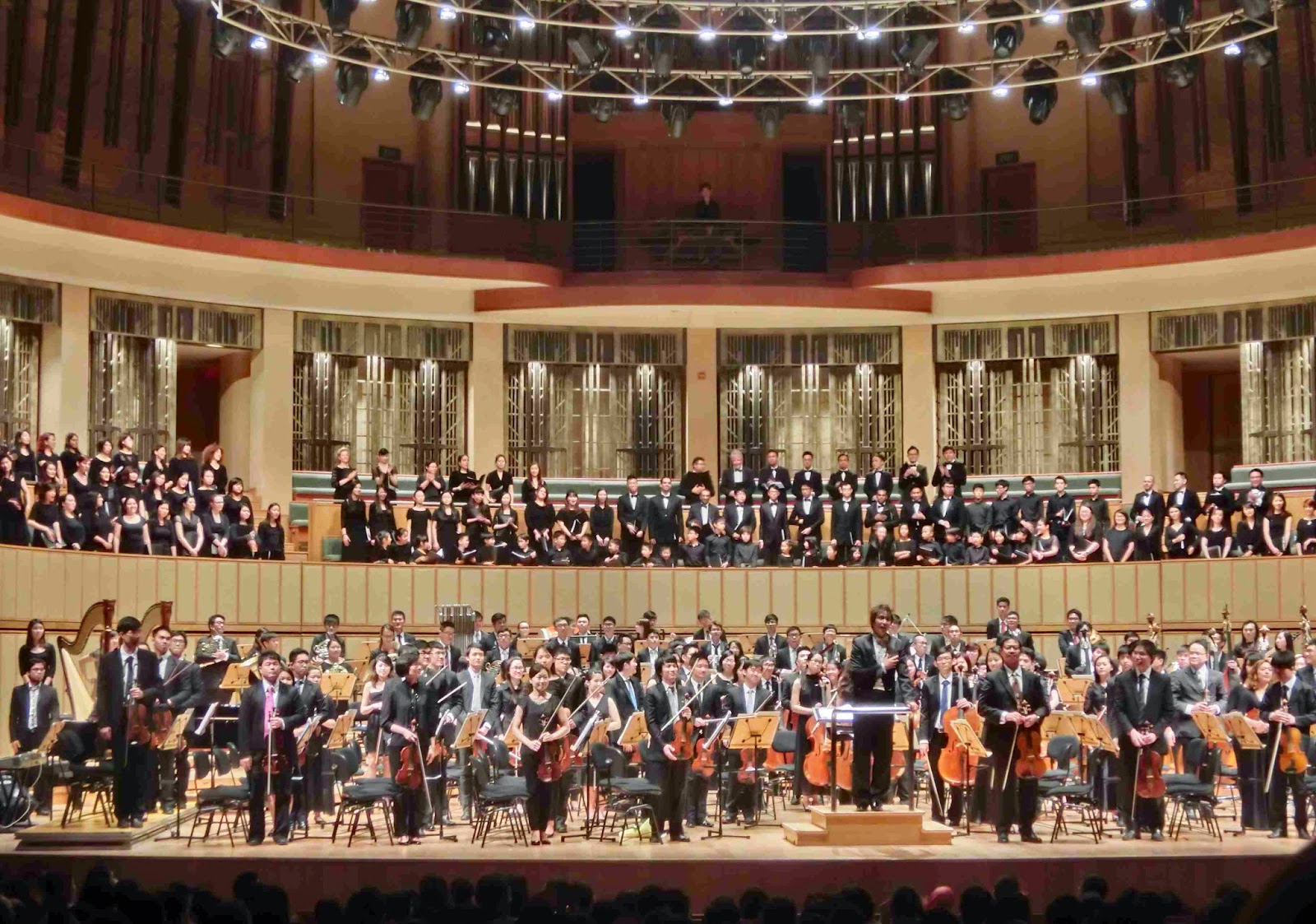 Photographs by the kind permission of OMM.
Posted by Chang Tou Liang at 07:30