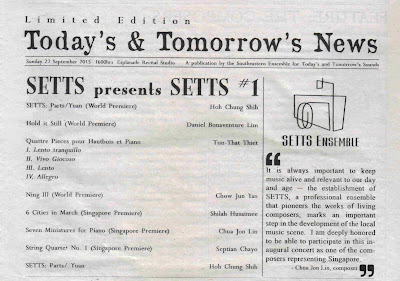 An edited version of this review was published in The Straits Times on 29 September 2015 with the title "Sleepless in sonic garden".

SETTS is the acronym for Southeastern Ensemble for Today's and Tomorrow's Sounds, the latest new music ensemble in . Founded by violinist / educator Ruth Rodrigues and Singapore Symphony Orchestra bassoonist Christoph Wichert, its mission is to showcase the music of Southeast Asian composers, with performances by some of the nation's top professional musicians. 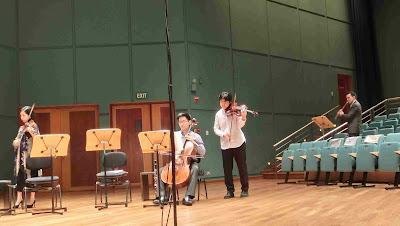 The small audience that gathered did not know what to expect when Hoh Chung Shih's Parts / Yuan began with eleven musicians dispersed throughout the hall playing seemingly random notes and sequences. The composer described this as a “sonic garden”, a sound installation with a combination of “fixed” or planted musicians playing from scores and “mobile” string players hovering around them and walking through the audience. 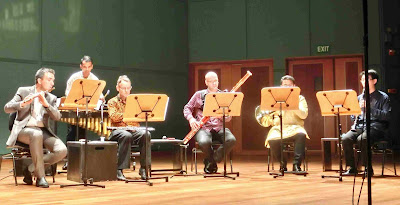 That piece of “surround sound” served as a bookend for the concert which also had more conventional ensemble pieces. The subject of sleep (or the lack of) occupied two young composers' works. Daniel Bonaventure Lim's Hold It Still was a scherzo-like piece scored for wind quintet and  percussionist Iskandar Rashid, with Roberto Alvarez's flute and piccolo being the protagonist. 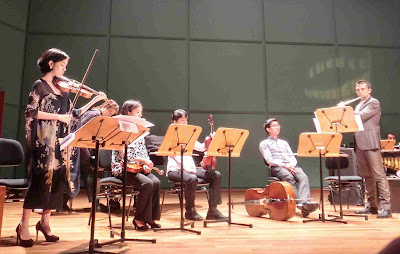 Here slumber gets interrupted by vivid and sometimes disturbing dreams, which was the case with Malaysian composer Chow Jun Yan's Ning III for piano, violin and flute. With Shane Thio stroking the insides of the piano, it was left for violinist Christina Zhou and Alvarez to conjure up harmonics and the most tinnitus-inducing sounds from their instruments, all guaranteed to result in insomnia. 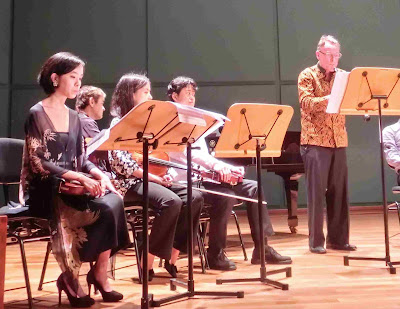 In between were Quartre Pieces pour Hautbois et Piano by veteran Vietnamese composer Ton-That Thiet (born 1933), short and varied essays in the style of the French modernist school. Composers like Messiaen, Dutilleux and Jolivet came to mind. Dutch oboist Joost Flach negotiated its bed of brambles with aplomb, accompanied by Thio who also performed Chua Jon Lin's Seven Miniatures, interesting character pieces that displayed influences by Satie, Bartok and Ligeti among others. 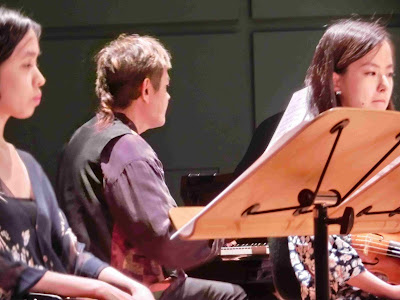 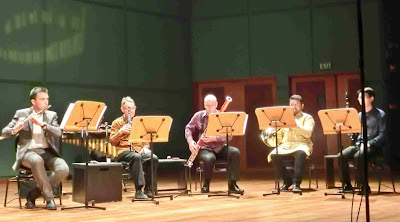 Teenaged Bruneian composer Shilah Husaimee Ahmad's 6 Cities In March for wind quintet was the most traditional work on show, but one displaying much maturity. Its theme was an Arabic lullaby prayer song heard as a child, subjected to six variations, each representing a city of spiritual significance including , Jeddah, , Medinah, and . Its performers were Alvarez, Flach, Wichert, Colin Tan (clarinet) and Alan Kartik (French horn). 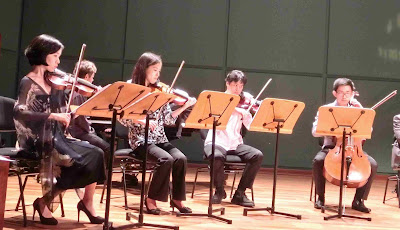 The Indonesian Septian Dwi Cahyo's String Quartet No.1 comprised very short movements, much in the astringent manner of Viennese serialist Anton Webern. Its thorny pages brought out the virtuosity of violinists Zhou, Nanako Tanaka, violist Marietta Ku and cellist Lin Juan. This concert of three world premieres and three premieres was brought full circle with a reprise of Hoh's Parts / Yuan, this time with the added element of audience interaction. 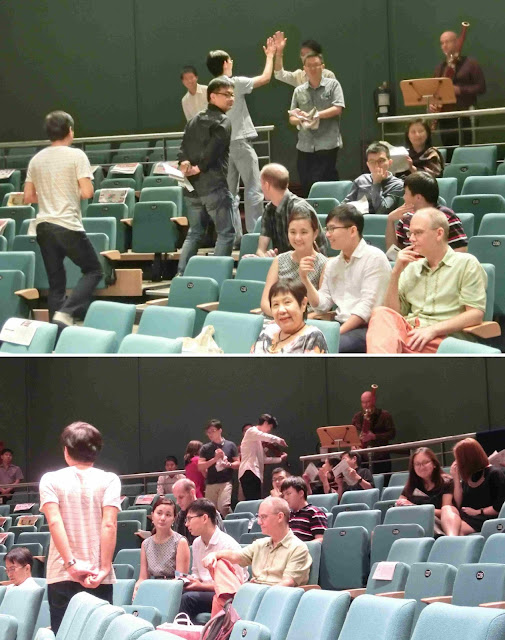 Hoh requested the audience to mingle with the musicians and among themselves, to react, to imitate and to oppose whatever actions and sounds as they see fit. This was essentially a licence to a free-for-all, so cue the mayhem of the 1913 premiere of Stravinsky's The Rite Of Spring and whatever occurs when concert etiquette flies out of the window. It is hoped that SETTS#2 proves to be another riot. 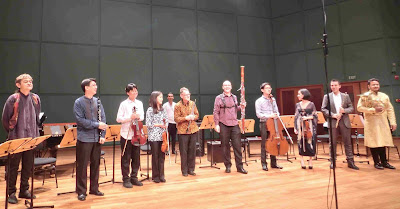 All photographs by the kind permission of SETTS.
Posted by Chang Tou Liang at 07:30