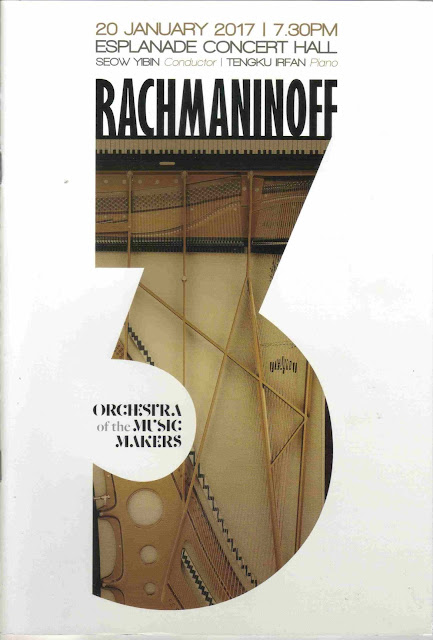 This review was published in The Straits Times on 23 January 2017 with the title "A night of guilty pleasures".

If listeners were asked which classical composers were sources of their most guilty pleasures, chances are Sergei Rachmaninoff and Camille Saint-Saëns would crop up. Both the Russian and Frenchman wrote some of the classical repertoire's most unabashedly tuneful scores, the sort music snobs (particularly lovers of Bach and Schoenberg) turn up their noses to.

There was a heavy dose of Rachmaninoff and Saint-Saëns in the Orchestra of the Music Makers' latest concert, directed by young conductor Seow Yibin. First heard were World Premieres of four Rachmaninoff piano Préludes, in orchestrations by three young composers. Alexander Oon was responsible for two of these, Op.32 No.3 and Op.23 No.5, with martial character transformed into something more festive and dancelike.

Darren Sng's take on the lugubrious Op.23 No.1 deftly incorporated clarinet, oboe and flute solos, taking on an impressionist hue. Phoon Yu's vision of Op.23 No.3 was gavotte-like, cleverly utilising strings and woodwinds, even giving concertmaster Chan Yoong Han's violin an exquisite solo. These imaginative efforts follow in the illustrious tradition of Respighi and Stokowski in transcribing Rachmaninoff. 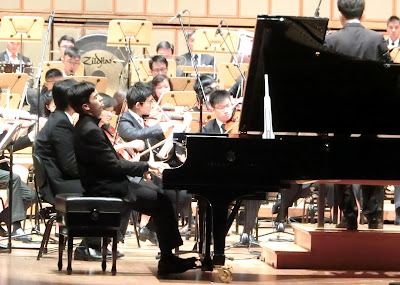 Rachmaninoff's mighty Third Piano Concerto was next, with 18-year-old former child prodigy Tengku Irfan, previously described in these pages as the “Malaysian Mozart”, as soloist. To say that the Juilliard undergraduate conquered and vanquished the “Everest of piano concertos” would be mere understatement. 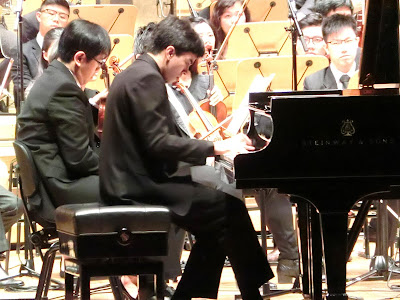 Beginning quietly and steadily, the performance grew in character and stature over its rapturous journey of over 40 minutes, Without any hint of narcissicism or self-indulgence, his apparent coolness while generating white heat in playing must be the most enviable trait in this profession. 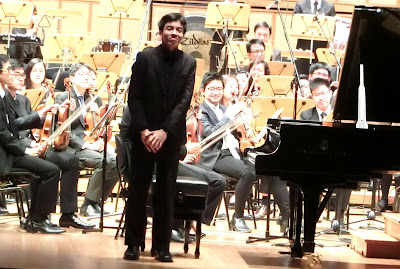 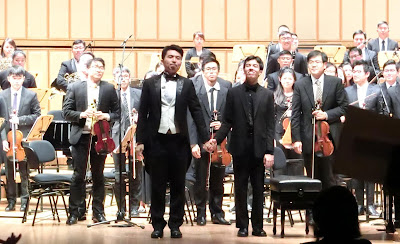 The massive 1st movement cadenza, the Adagio's climax and skittish waltz, and the finale's mercurial free-wheeling were among moments to savour. A standing ovation greeted this outing, which stands proudly alongside the work's best performances by the Singapore Symphony Orchestra (with pianists Sergio Tiempo and Alexei Volodin) in recent years. 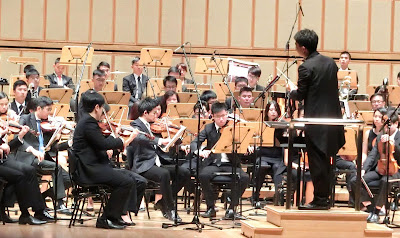 Orchestra and conductor played a major part in its success, and the good work continued in Saint-Saens' Third Symphony, also known as the “Organ Symphony”. Hushed strings and an opening oboe solo set a mood of mystique before escalating to the movement proper's nervous tension. Flexibility of ensemble ensured that the work's ebbs and flows was kept on a heightened edge. 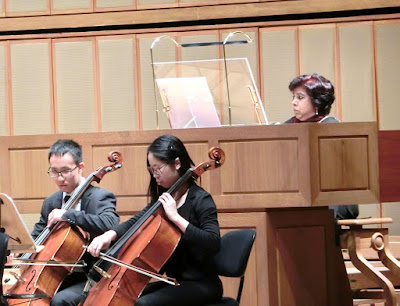 Joanna Paul's organ entry in the slow movement was memorable for its subtlety. Her part here was mainly to provide a bed of soft harmonies over which the tender music floated. The big moment came in the dramatic finale, and her huge striding chords did not disappoint. There was a brief stretch when both orchestra and soloist threatened to go off the rails, but cools heads prevailed for that most glorious and reassuring of C major chords to close. 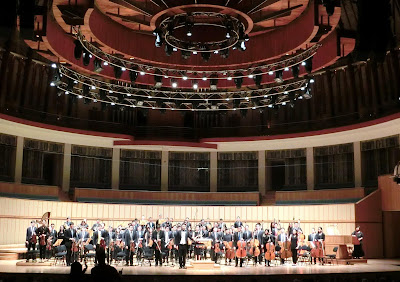 As an encore, the orchestra conjured a somewhat belated tribute to actress Carrie Fisher, with Princess Leia's Theme from John Williams' Star Wars soundtrack. That was another guilty pleasure few would regret.