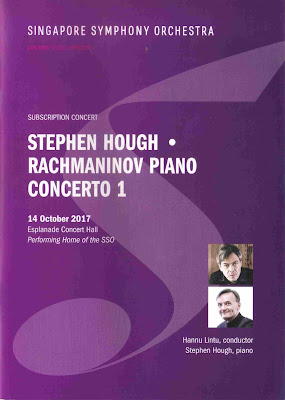 This review was published in The Straits Times on 16 October 2017 with the title "Passion, power and elegance of Romantic proportions".

It would seem that the names of Stephen Hough and Rachmaninov sold this concert of 20th century music by the Singapore Symphony Orchestra. They are old friends, as it was in 1998 at Victoria Concert Hall when the British pianist first played a Rachmaninov concerto in . On that occasion, it was also Rachmaninov's First Piano Concerto that took top billing. 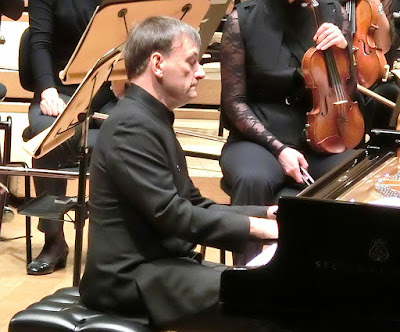 Hough now adopts a bolder and brasher view of the work composed in 1892 but heavily revised in 1917. Launching himself into its thickets with fearless abandon, he is unafraid to unleash its unabashed Romantic emotions. Then and now, his pianism remains one of passion and power, allied with an unflappable elegance that has been a hallmark.

The slow movement's gentle solo or the finale's central interlude, where he and orchestral strings had a love-in, were easily high points in this eventful concerto. A final blaze of fireworks elicited vociferous applause, and a reward of two original Hough encores with an Asian twist. What began like Debussy's Clair de lune in a wrong key morphed into P.Ramlee's Getaran Jiwa, and Koreans in the audience would have delighted in Arirang dressed up like a Rachmaninov romance. 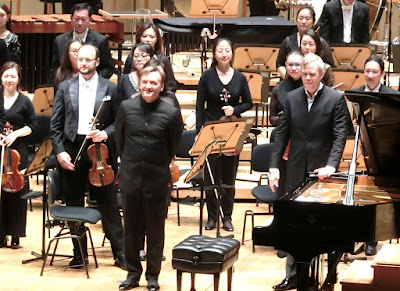 The concert helmed by Finnish guest conductor Hannu Lintu opened with the premiere of Polish composer Witold Lutoslawski's Fourth Symphony, completed as recently as 1992. Here was atonality's most approachable face, one that kept both orchestra and audience engaged for some concentrated 22 minutes. 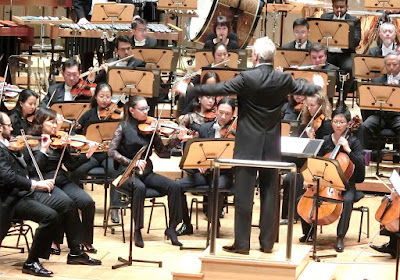 Over a quiet, slow pulse, Li Xin's clarinet emerged like the sun rising through fine mist. This introduction to the symphony's torso was one of detailed textural and timbral colour. Soon the ever-shifting dynamics saw the orchestra swing from calmness to violence, from the ethereal to the plethoric, crafting pointillist soundscapes and then broadening to far denser canvasses.

The orchestra responded acutely yet sensitively to conductor Lintu's taut and clear-headed direction. Anything less would have resulted in incoherence and what might seem like random orchestral doodlings. The short emphatic drive to the work's powerful close was also convincingly dealt with. 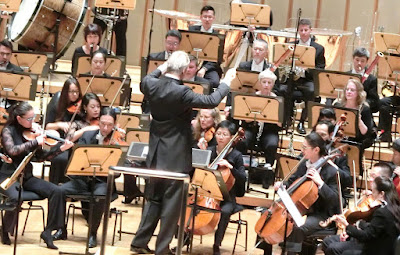 SSO has lived with Shostakovich's First Symphony since its second season in 1980 when it performed at the old Singapore Conference Hall. Ensemble and solo playing has progressed over the years, contributing to a tight and cogent reading. The single constant was violinist Lynnette Seah, Leader of 37 years ago, who more than ably shared solos with present Concertmaster Igor Yuzefovich in the first movement. 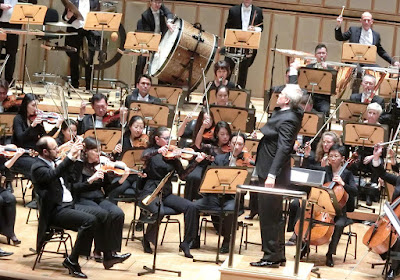 Pathos, wit and irony, calling cards of this precocious symphony by a mere teenager, were laid on trenchantly through its four movements. If there were standout moments, Rachel Walker's oboe in the slow movement, Liu Chang's droll bassoon and Jon Dante's muted trumpet in the finale deserved the plaudits among the highlights of what was a truly distinguished performance. SSO's mastery and credentials in 20th century music are now beyond any doubt. 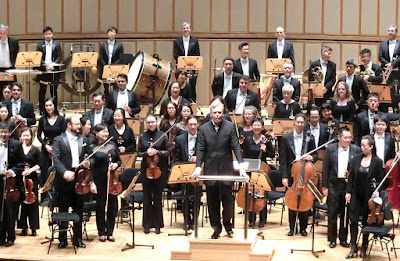 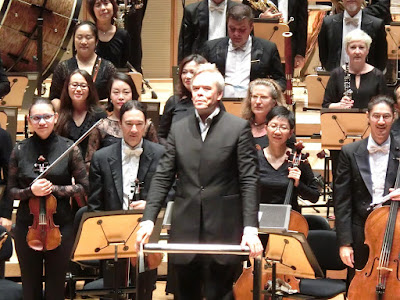