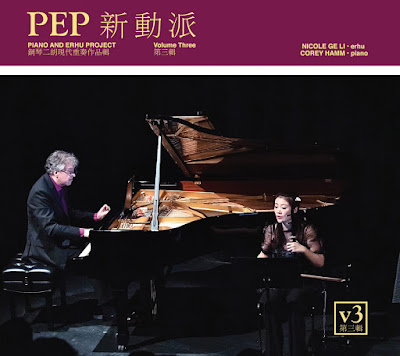 Globalisation was what made the meeting of seemingly disparate musical instruments - the erhu and pianoforté - possible. East meets West was the premise of PEP (Piano and Erhu Project), founded in 2011 by Chinese erhu exponent Nicole Ge Li and Canadian pianist Corey Hamm, and based in Vancouver, British Columbia. The duo has already produced three discs of erhu and piano music, having commissioned over 70 composers to write for them. This is a genre creating a history for itself, and very much a labour of love.

That the Chinese two-stringed fiddle and European piano become cosy bed-fellows should not come as a total surprise. Just listen to this disc’s final track, a transcription of Sergei Prokofiev’s Scherzo from his Flute Sonata, better known as his Violin Sonata No.2 written for David Oistrakh. Also try Somei Satoh’s still and hauntingly beautiful Birds In Warped Time II, also originally for violin and piano. The erhu negotiates Prokofiev’s hairpin twists and turns, and sustains long lines in the Satoh with natural flair and great finesse. This is essentially violin and piano territory albeit with an Oriental accent. 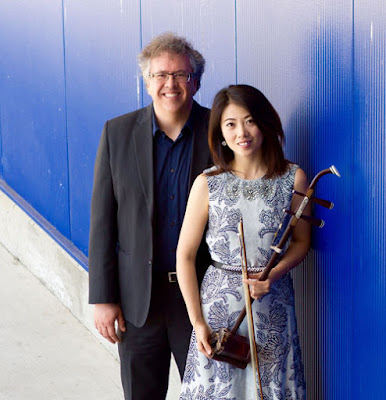 Holding greater interest are the works specific to this medium. Three Pieces (2015) by Gabriel Prokofiev (Sergei’s grandson, presently residing in UK) was not written for PEP, but are idiomatic, simpler in form and without the idiosyncrasies of his larger scores. The American Marco Mellits contributes the two most diverse works of the programme, the soothing serenity of Mara’s Lullaby (2005) contrasted with Mechanically Separated Chicken Parts (2005), a minimalist take on a vigorous ostinato. 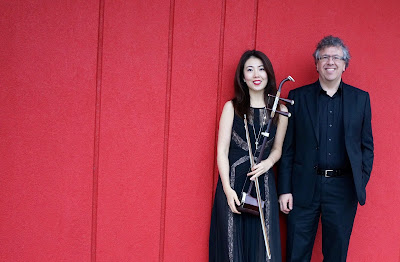 The balance of the programme are PEP commissions. Gao Ping’s Hu Yan (2017) comprise six short but varied movements, each with its own vivid tale to tell. The title refers to “random and careless words” or “utterances” (according to the composer’s notes), and one might add casual jests or gossip to these descriptions. There is a palpable feel of the Chinese in these pieces, with the erhu’s penchant for portamenti simulating the Beijing operatic voice, backed by percussion provided by the piano.

Similarly, Lucas Oickle’s Firewall (2015) and Michael Finnissy’s Sorrow and its Beauty (2017) are slow movements where Chinese influences consciously come through. The title of the former is self-explanatory, a barrier of censorship surrounds China and nothing foreign (thus deemed suspicious) gets through. The apparent bliss continues into the latter’s flow of melancholic sound expression. Here, one is reminded of Chinese scenic brush painting and its visual virtues.

If anyone doubted that the disparate worlds of Chinese music, the Afro-American spiritual, Gershwin (Our Love is Here to Stay) and John Cage could ever be united, Stephan Chatman’s Remember Me, Forever (2015), accompanied by prepared piano, might change their mind. From Satoh to Chatman, the seamless wall of lyricism was an unmitigated pleasure. For those who understand Chinese, it should not be forgotten that Li’s given name in Chinese means “song”.

This is a lovely programme, compelling performed, and one looks forward to further volumes. 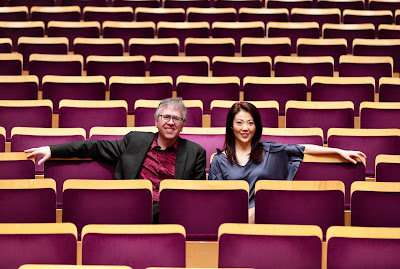