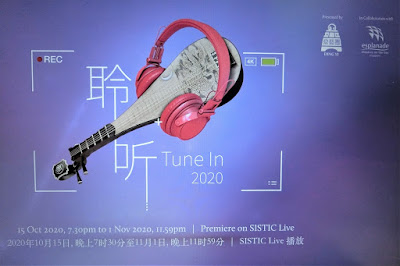 No local chamber group has done more for Singaporean music than Ding Yi Music Company. The roster of works by local composers, including commissions and premieres, is awe-inspiring and can fill a thick book. And that tome becomes even weightier with its first concert of 2020, conducted by music director Quek Ling Kiong, which showcases works by six women, five of whom are Singaporeans. 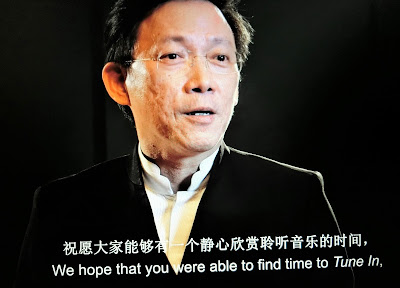 One should not regard this online concert as one with an agenda of female empowerment, but rather an affirmation of the sheer variety of contemporary composition offered by Chinese traditional instruments. The timbres are distinctive and the music does not even have to sound Chinese or Oriental to make sense. 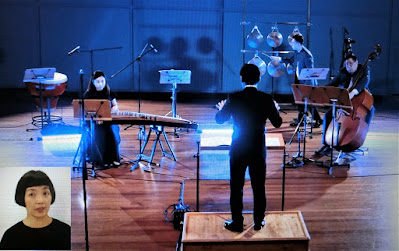 Take for example the atonalist Joyce Koh’s Iskimmer (Shimmering Ice in Swedish), a world premiere, which opened the concert. By employing the yangqin, guzheng, sheng, double bass and percussion, she created a distinctive sound canvas in the work’s six short connected movements celebrating the variety of icy formations that may be appreciated in a Swedish winter. A chorale of sustained notes, which she titled Isskärva or ice shard chorale, was a recurring motif bringing unity to the work as a whole. With this almost reassuring fixture, the work’s atonalism became less lacerating or forbidding as its subject suggested. 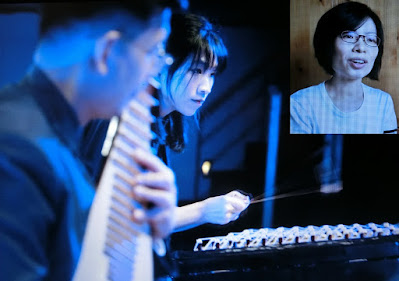 By contrast, Liong Kit Yeng’s Free-Spirited was unapologetically tonal, employing an unabashedly Chinese idiom in a slow-fast-slow form in what was a feel-happy work. Its general tonal radiance reflected an optimistic mood amid these uncertain times. Also fairly traditional was well-known Shanghai composer Wang Dan Hong’s Depiction of the Sea. This sea was not the watery kind but rather the landscape of sand dunes and a reflection of the ancient Mogao grottoes near Dunhuang, Gansu Province. The use of the xiao (vertical flute) and guzheng was hauntingly evocative of quiet desolation, which opened and closed the work. In between was an exhilarating fast dance in a typically Central Asian idiom. 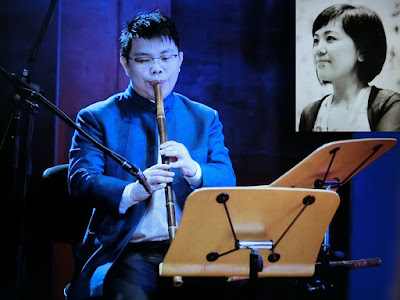 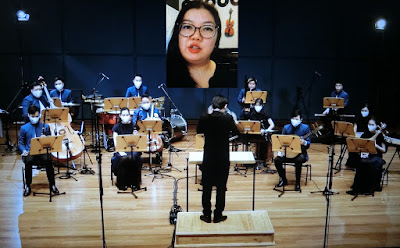 Works for larger ensemble with a more modern persuasion occupied the concert’s second half. Emily Koh’s Resonate was originally conceived for Chinese ensemble and western wind ensemble to represent a confluence of  eastern and western musical cultures. Inflexions from Singlish, Mandarin and Teochew dialect, lots of portamenti, slides and slurs, were incorporated into this intoxicating blend. Piquant winds stood out amid the throng, including the dizi, sheng, and to cap it all Jacky Ng’s sonorous suona. 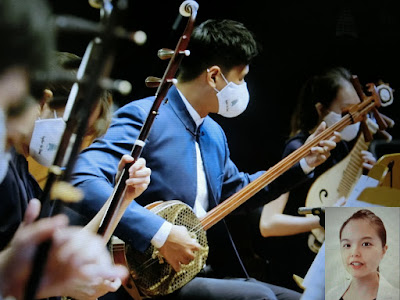 Chua Jon Lin’s Reminiscences of Yuan Xiao was the winner of Composium 2018, the international composition competition for Chinese chamber ensemble organised by Ding Yi. Although yuan xiao is the traditional eve of the Lunar New Year, this was not a work of raucous celebration but one of quiet reflection and solitude. Her source was traditional nanyin chamber music of Southern China, over which this otherworldly and beautiful nocturne was founded. The xiao, pipa, sheng and sanxian (three-stringed lute) were evocatively employed, with the last having the final word. 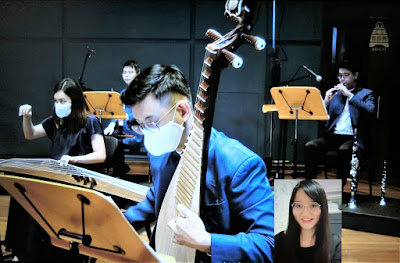 Juilliard masters student Koh Cheng Jin’s symphonic poem Legend of Badang qualifies as an excellent example of Nanyang music. Its subject was the Herculian strong man of the Sejarah Melayu (Malay annals) and his heroic feats. The slow mystical opening brought the mellow guanzi (played by Jacky Ng) representing Badang into focus. The Indonesian influence would come in the fast martial section with furious Javanese drumming, culminating with Badang hurling an enormous boulder (later to be christened the Singapore stone) into the mouth of the Singapore River. A stirring work for certain, and premiered with the vehemence it deserved. 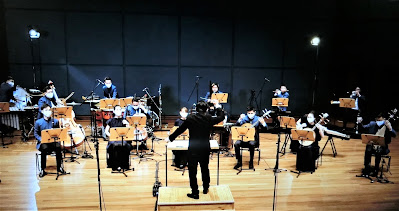 This very approachable concert is presented in Chinese (with English transliterations) and English (composers’ preambles), and is available for viewing till 1 November at live.sistic.com.sg