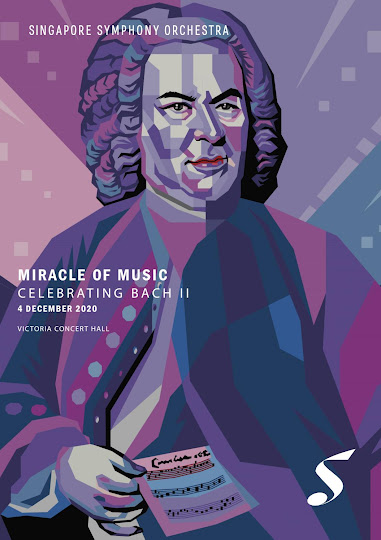 This review was published on Bachtrack on 1 March 2021.

With Covid-19 precautions in force, concerts in Singapore are still limited to chamber groups performing hour-long programmes for small and socially-distanced audiences. In the second of three concerts celebrating the music of Johann Sebastian Bach, the Singapore Symphony Orchestra (SSO) continued on this thread but shifted the focus from Brandenburg Concertos and Orchestral Suites to his violin concertos.

It so happened that SSO had quite recently lost the services of two first violinists beloved and familiar to local audiences. Co-Leader Lynnette Seah, ever-present since the orchestra’s inaugural season in 1979, retired last year, while Concertmaster Igor Yuzefovich left to join the BBC Symphony Orchestra the year before. The performances of Bach’s two solo violin concertos were however in good and steady hands. 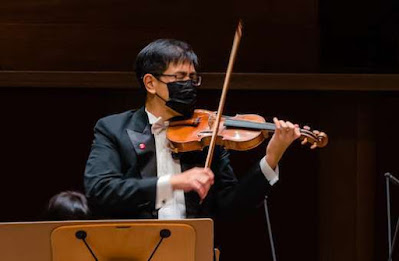 Chan Yoong-Han was the elegant soloist in the A minor concerto, exuding a warm tone and  healthy vibrato. Known as an accomplished chamber musician, he blended seamlessly within the ensemble in the tuttis, and illuminated his solo with ear-catching ornamentations. Exercising his right in all three movements, these were tastefully rendered and unobstrusive.

Acting Concertmaster Kong Zhao Hui gave a more straight-forward account of the E major concerto, without adornments of his own device. Playing from a score, his was also a highly musical reading that revelled in the vigour and athleticism of the outer movements. It was the central Adagio with its songlike repose that lingered most in the memory. 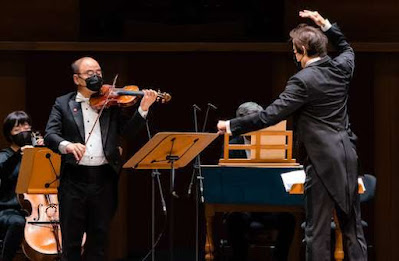 It was a stroke of programming pique to include music by Bach’s older compatriot Georg Philipp Telemann, which is rarely heard in Singapore. His seven-movement Don Quixote Suite or  Burlesque de Quichotte provided an early example of programmatic music. Depicting scenes from Miguel de Cervantes’ epic novel, the art of story-telling by varied orchestral effects was vividly unveiled by the ensemble. The Overture’s busy play of counterpoint was followed by a series of most amusing vignettes.

A delicious sense of irony dripped from its pages, such as the Don strirring from his slumber in a lilting rhythm resembling a cradle song, to tilting at windmills with octave leaps from the strings. Dulcinea’s sighs punctuated by the knight’s incessant laughter, Sancho Panza being roughly tossed, and his donkey’s stop-start forward motion were also sharply characterised. Even Don Quixote at Rest, which concluded the suite, was unusually animated, hinting at imagined misadventures to come. All these movements were possessed with a playful zest, performed tongue firmly in cheek, under SSO Associate Conductor Joshua Tan’s flexible guiding hand. Providing a cheery close to the concert, whoever said that the hyper-prolific Telemann had to be boring?