Are there such things as “justly neglected” classics? Austrian pianist Ingrid Marsoner’s programme looked interesting on paper, but on reality came off like a damp squib. She is certainly not a bad pianist, but her selections paled alongside those that came before and after. Anselm Huttebrenner was a good friend of Schubert’s, and his Geisterszenen (Ghost Scenes) was intermittently interesting with its supposedly spectral sound effects, of things that go bump in the night, the sort of things which made Alkan’s music fascinating.

Hummel’s Rondo-Fantasy is not the same Rondo Favorita that had become quite popular among pianists but something less captivating, while his Fantasy on Mozart’s Non Piu Andrai (from The Marriage of Figaro) was merely a note-spinner, obviously churned out for fiscal rather than artistic reasons.

Rachmaninov’s Etudes-tableaux are hardly rarities. Marsoner played the G minor and E flat minor numbers from Op.33 well but made a complete hash of the elusive D minor etude from Op.39. As for Robert Fuchs’ First Sonata, one listen in a lifetime would be enough. Its thin thematic material, which one is seriously challenged to remember, and an idiom no more advanced than Schubert (long dead by 1877 when it was conceived) made this a lead balloon. On wonders what an 80-year-old Schubert would have thought of that. Marsoner’s encore, thankfully by Schubert, his Klavierstuck in E flat minor (from the late D.946 trilogy), was the best music of the whole evening. And she played it like she knew that as a fact. 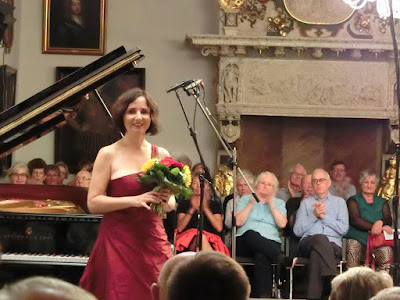 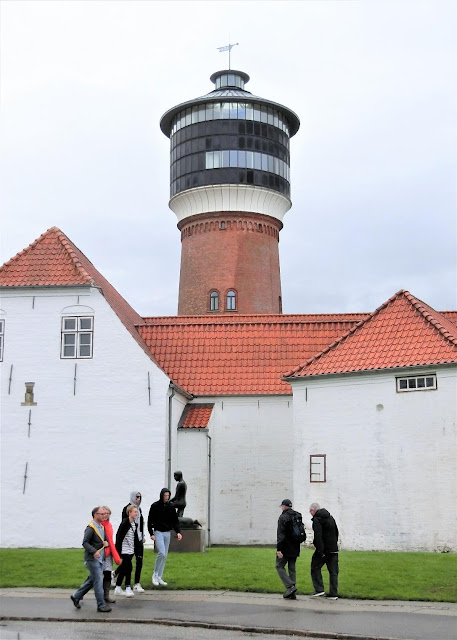 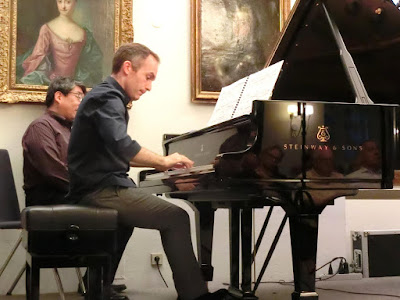 The Brit Simon Callaghan was one of three Young Explorers in the 2016 festival, and has now “graduated” to play in a main event recital. His programme truly qualifies to rarity status, so rare that a page-turner was required for all three works. Honestly, I have never heard of John Francis Barnett (1837-1916, a Briton) or Jean-Louis Nicode (1853-1919, a Prussian despite his French name) but on account of Callaghan’s excellent and passionate performances, the need to hear their works again borders on fairly urgent.

There was nothing English about Barnett’s Sonata in E minor (published in 1895), except that it may have been heard in some turn-of-the-century English drawing room. Mendelssohn and Schumann-like is closer to the mark, with lots of notes but very pleasant, and almost too gentrified. Its finale was a Saltarello ed Intermezzo, and that is as much a tribute to both Germans as one could get.

Nicode’s Six Fantasy Pieces Op.6 (1876) are subtitled Andenken an Robert Schumann (Memories of R.S.), and its first piece shouts Kreisleriana at the outset. Their lengths, running to over half an hour, suggests these could be Nouvelles Novelettes. Every Schumannism thought possible is recycled here. Imitation is the sincerest form of flattery. Is this a tribute or mere pastiche? His four encores: three short movements from Nicode’s Ein Liebesleben (A Life of Love) and the first piece from Schumann’s Kinderszenen, naturally. 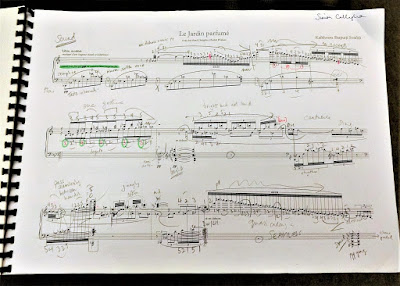 In between was K.S.Sorabji’s Le jardin parfume (The Perfumed Garden), almost 20 minutes of nocturnal bliss and stupor. It is one of those pieces played pianissimo throughout, meandering, without apparent development and seemingly without end. By not knowing what to expect, impatience will built up, and by the umpteenth time one thinks “Enough!”, it actually concludes. Maybe Sorabji needed to go to the men’s room. A point of note, Kun Woo Paik performed this at the 2005 Singapore International Piano Festival, some 13 years before Husum!