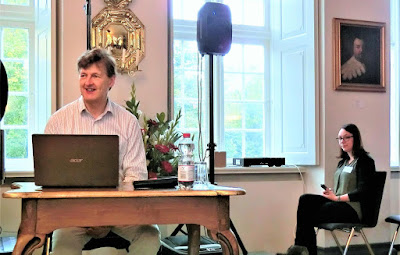 The second of two Husum matinees, was a show-and-tell by record producer Mike Spring, a name familiar to those who own Hyperion and Appian (APR) recordings. He was responsible for Hyperion’s Romantic Piano Concerto series and a whole slew of newly “discovered” and re-mastered historical recordings on the APR label, which he had bought from founder Bryan Crimp.

His talk My Favourite Things was a loving recollection on historical piano playing and the revelation of many forgotten names of Romantic and “Golden Age” pianism. A true labour of love, one cannot imagine him ever recouping the costs of producing these discs (which are often bargains on the internet), but one must remain grateful. Now this was one lecture that I was happy more than happy to stay long overtime for! 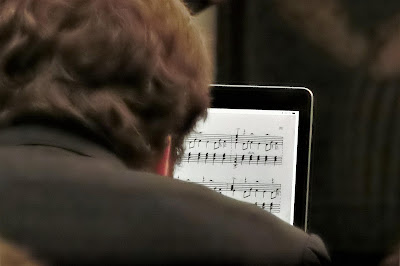 The last recital in this year’s festival fell to the Lithuanian-Russian Lukas Geniusas, who so impressed with Hindemith’s Ludus Tonalis in last year’s festival. He too has graduated from “Young Explorer” status and his showing with an unlikely programme of 37 disparate short pieces in four suites was no less interesting.

The first half opened with Bizet’s Bilder vom Rhein (Pictures from the Rhine), last heard from Johann Blanchard among the 2016 Rarities. Neither Carmen nor L’Arlesienne, these are however pretty enough to be worth listening to again. Also by another song composer, seven pieces from Reynaldo Hahn’s Le Rossignal Eperdu (The Bewildered Nightingale, a cycle of 51 shorts!) were very well-chosen and contrasted. The 19th piece is entitled Berceuse Feroce (here’s an oxymoron if any) which is a quiet but tenacious ostinato. The short cycle closed with a lyrical Adieux (No.51) with a lovely left hand melody. 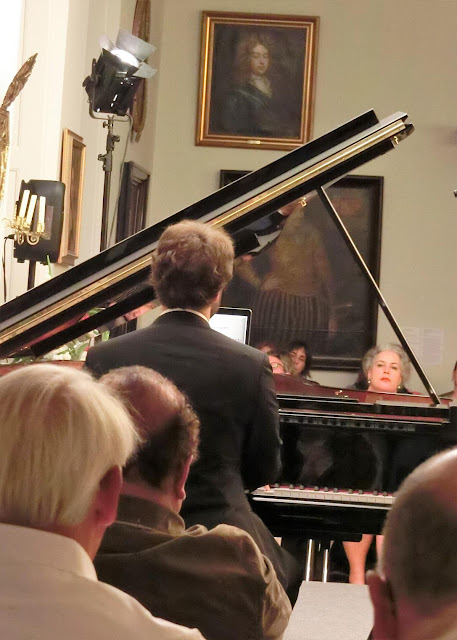 The second half’s selections from Valery Arzoumanov’s 27 Pieces Op.74 (1985) and Leonid Desyatnikov’s Preludes: Songs from the Bukovina sound like a mixed bag. Character pieces they certainly are: some are child-like, some with jazz inflexions, folk influences, snatches of film-like music, spiced up with mild dissonances. With atonality and serialism kept at bay, these sound pleasant, entertaining but ultimately inconsequential. Geniusas’ enthusiasm is infectious, and his four encores include two more Desyatnikov preludes, Prokofiev’s harp-like Prelude (Op.12 No.7) and a Bartok Hungarian peasant song. A light and nice way to end yet another memorable edition of the Rarities festival.

Its back to Singapore for me, back to work (bah!) via London Heathrow (double bah!), but in life, one has to take the good and the not so good in one’s stride. Husum and rarities will always be a good, and so here’s to 2019!

I have just received an e-mail from none other than Peter Froundjian, Artistic Director and Founder of the Rarities of Piano Music at Schloss vor Husum. I had almost forgotten that I had handed him a copy of Clarisse Teo’s Esplanade recital on my first day in Husum, and now an invitation to Singapore’s newest concert pianist beckons. In particular, he was “very pleased about the programming and her convincing playing”.

Clarisse will become a Husumite Young Explorer in 2019!