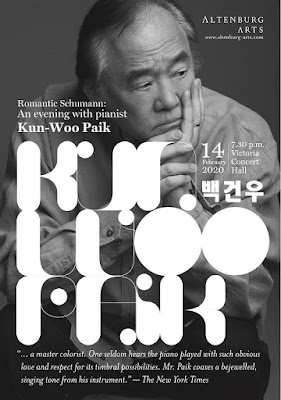 
This review was published in The Straits Times on 17 February 2020 with the title "Schumann afresh".


There has been no composer with a more tumultuous life than Robert Schumann (1810-1856). The epithet Romantic wholly applies to the German, whose love life, trials and tribulations was often stranger than fiction. That was the basis for celebrated Korean pianist Kun-Woo Paik’s all-Schumann recital, fortuitously held on what today’s romantics know as Valentine’s Day.

Even the fear of Covid-19 virus transmission did not deter a sizeable audience (including many Koreans) from witnessing Paik’s marvellous two-hour long show which was substantially expanded from its original programme. The selection encompassed very early to very late works, familiar pieces and rarities, from the technically simple to ferociously virtuosic, with a multitude of nuances captured within. 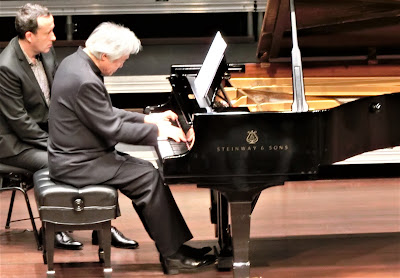 Schumann’s very first opus was Abegg Variations (Op.1), based on the five notes in the name of an early romantic interest. Encumbered with the fussy filigree which obsessed early Romantic composers, Paik easily overcame relentless note-churning without losing the thrust of its melodic interest. Equally note-laden was his Toccata (Op.7), a notorious finger-twister which could have easily descended into vacuous machine-gun rapid fire. Again, his prodigious fingers were fully in service of the music.

Between the barnstorming were five Album Leaves from Bunte Blätter (Colourful Leaves, Op.99), character pieces traversing varied moods and shades of disposition. The first, which famously became the theme for Brahms’ Schumann Variations, was a study of calm and melancholy. Turbulence, geniality and pensivity followed before the set closed with hymn-like lyricism.

By now, one would have discerned that Schumann was a miniaturist non pareil, and the entire recital consisted of suites with multiple short movements. Waldeszenen (Forest Scenes, Op.82) comprised nine such pieces, exploring a world of woodland rusticity and mysticism. It was the latter that found most traction in Verrufene Stelle (Haunted Place) and Vogel Als Prophet (The Prophet Bird), slow numbers which were quietly haunting. 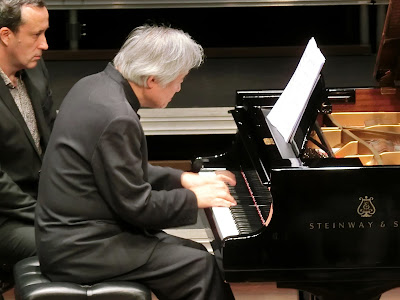 The two most frequently-heard works were Arabeske (Op.18) and Papillons (Op.2), which can often be tainted with over-familiarity. Not so, in Paik’s case. With multiple and quixotic shifts in dynamics and mood in both, surprises may be expected in each and every turn. These he negotiated with a sense of wonder and fantasy, such that the music always sounded fresh and newly minted.

This sense of discovery applied to the least familiar works, Fantasiestücke (Fantasy Pieces, Op.111) and Gesänge der Frühe (Songs of Dawn, Op.133), conceived near the close of Schumann’s tragic life which ended in an insane asylum. The former were championed in concert by the great Vladimir Horowitz during his late years, and Paik’s view was every bit as vivid. 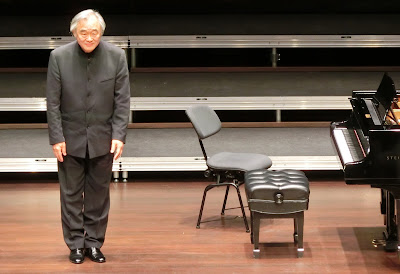 The latter are elusive and cryptic, but he unlocked their secrets through a near-seamless emotional arc spanning all possible cerebral and visceral experiences. His encore was a continuation of this poetic and lyrical bent: the Aria slow movement from Schumann’s First Sonata (Op.11), dedicated to his beloved Clara, whom he later married. Such is the measure of a true artist. 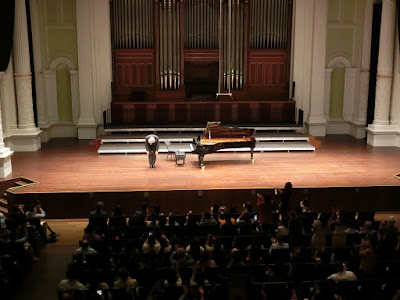