MUSIC ON THE AIR

This review was first published in Bachtrack

Concert life has yet to return to normality in Singapore. Due to pandemic social distancing measures, no live concerts with live audiences are possible, and musical groups rely on the Internet to present pre-recorded performances for an online audience. Since August, the Singapore Symphony Orchestra (SSO) has presented three new concerts, performed in an empty 1600-seat Esplanade Concert Hall, two of which were directed by its Chief Conductor Hans Graf. 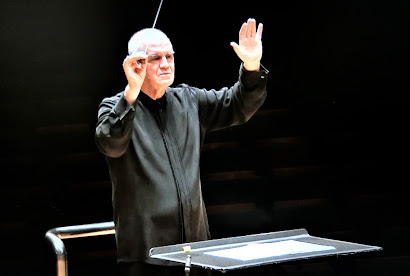 These concerts featuring chamber-sized forces, and there was a pleasing symmetry to the second concert led by Graf. Works by Mozart sandwiched those of Stravinsky, with strings performing in the first half, and winds and brass accounting for the second. 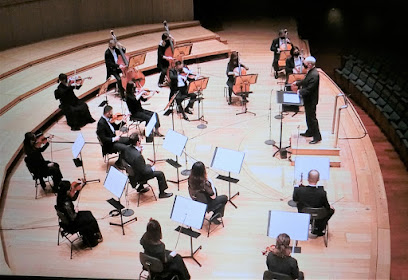 The concert began with Mozart’s Adagio and Fugue in C minor for strings, better known in its versions for string quartet and two pianos. Straight off, one was struck by the sonority brought out by the low strings, which was matched by the tautness of ensemble. In the dotted rhythm of the slow introduction, the gravity of the moment was brought to bear under Graf’s precise direction. The play of counterpoint was just as impressive in the Fugue, one of Mozart’s most masterly, closing the opener in one accord.

The strings next tackled Igor Stravinsky’s ballet Apollo (also known as Apollon Musagète), a sleeker and more elegant side of his neoclassicism phase. The antithesis of Pulcinella’s free-wheeling buffoonery, it is also as far as possible across the sound spectrum from the primeval violence of The Rite of Spring. Apollo, with ten movements and shorn of choreography, might be an acquired taste. However, with some of Stravinsky’s most ravishing string music, this was to be the showcase for SSO’s fabled strings. 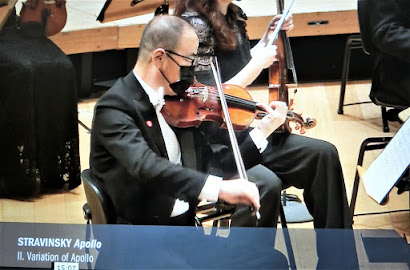 Lushness and homogeneity were the hallmark in its two tableaux. The first (and shorter) Birth of Apollo would immediately set the tone. Concertmaster Kong Zhao Hui was also excellent in his solo in Variation of Apollo, where he was later joined by violinist Ye Lin. Each of the dance movements involving Apollo and three muses (Calliope, Polyhymnia and Terpsichore) could have easily dissolved into routine and blandness, but that never happened. The temperature was raised for the penultimate Coda, but it was blissful harmony and restrain that would characterise the final Apotheosis. 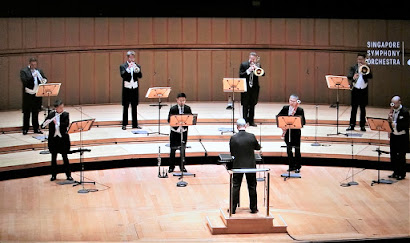 If strings were the orchestra’s pride, the winds proved to be every bit their equal. Arguably the best performance of the concert came in Stravinsky’s Octet (1922-23), scored for flute, clarinet, a pair each of bassoons and trumpets, trombone and bass trombone. Also neoclassical in intent if not in form, the heady spirit of the baroque concerto grosso was upheld. Each player a virtuoso in his own right, this was a reading of close to perfect precision and exactitude. Following the austere Sinfonia, the central Theme and Variations became an exciting showcase of free-wheeling virtuosity. The Finale’s fugal machinations also proved a sheer delight, with Liu Chang’s jaunty solo bassoon leading the way, all through to an immaculate and crisp conclusion. 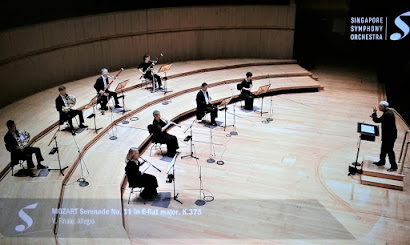 The Mozart that closed the palindromic programme, his Serenade in E flat major (K.375), was also an octet, scored for pairs of oboes, clarinets, bassoons and horns. Back to a more familiar idiom, the sense of ensemble was no less cohesive as Graf coaxed from his charges a lively and cogent performance. The operatic qualities in each of the five movements were never underplayed, with the singing tone in solos coming to the fore. An enjoyable reading, for certain, and it appeared that the performers enjoyed it too. 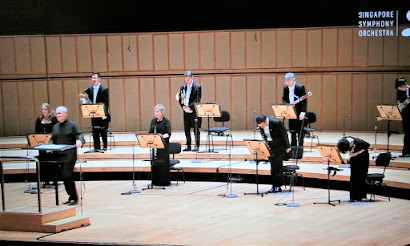 Covid-19 is still with us, and it is not known when live concerts would commence, if ever. However it is with concerts like this show that true artists continue to strive, to provide solace and hope that better days will soon return.