It is hard to believe that Tasmin Little is retiring from the world of performing. This might very well be one of her last concerts, having given a world farewell tour (including a date with the Singapore Symphony in February) to call a close to a stellar international career of over 2000 concerts in thirty years. I am privileged to have seen her perform in Singapore, Sydney and Hong Kong, and why not include Petworth into this august list? 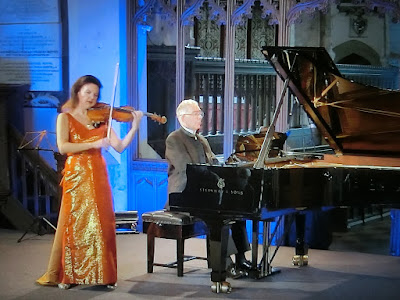 Her programme with regular piano collaborator John Lenehan was all Romantic, opening with Brahms’ Scherzo in C minor from the so-called FAE Sonata written for Joseph Joachim by three composers (Brahms, Schumann and Dietrich). It is the only movement anybody remembers today, with the hot-blooded young Brahms sending sparks fly, amply reciprocated by the duo in a passionate reading. This was merely the prelude to the young Richard Strauss’ Violin Sonata in E flat major, the concert’s main piece, composed long before his great tone poems and operas. 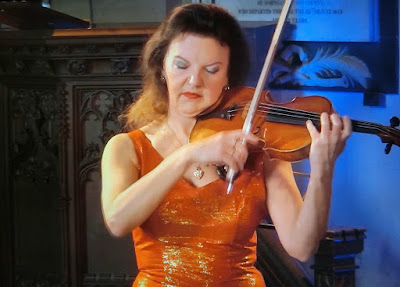 Here Little’s lyrical gifts come to the fore, with the work’s succession of luscious and flowing melodies given a gilded edge. Her tone is voluminous, sweet but not cloying, and intonation en point through its three movements. The slow movement is titled Improvisation, but its more of a meditation, its aria-like beauty shining through at every turn. The finale mirrored the first movement’s passionate throes, and with virtuosity to burn, the duo dispatched its pyrotechnics for a powerful close. 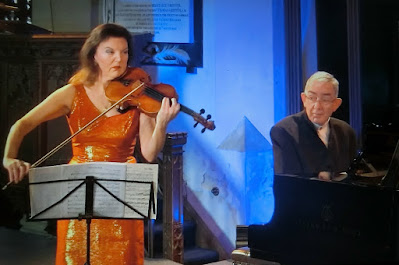 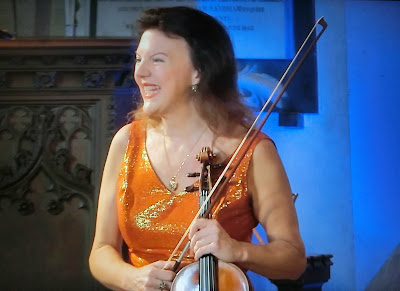 The next two works were by women composers: Lili Boulanger’s lovely Nocturne and Amy Beach’s Invocation (shorter and less well-known than her Romance, but just as pretty) were simply oases of calm and charm, played with a heartwarming sincerity. The closing piece, Tchaikovskyana, was a fantasy on popular melodies from the ballet Swan Lake, cunningly crafted by Little and Lenehan. In the hallowed tradition of such fantasies by Sarasate, Wieniawski and Ernst, this was a distillation of good tunes and virtuoso playing, throwing in snatches of Tchaikovsky’s First Piano Concerto and Violin Concerto for good measure. Naughty but nice, and brilliantly dispatched. To Tasmin, we bid adieu and thank you for the music. 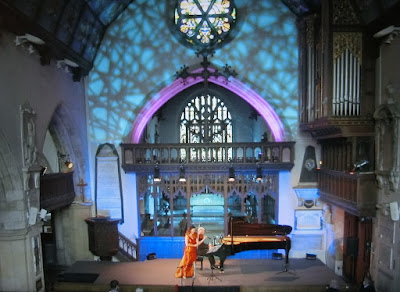 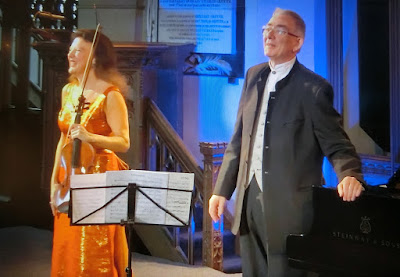 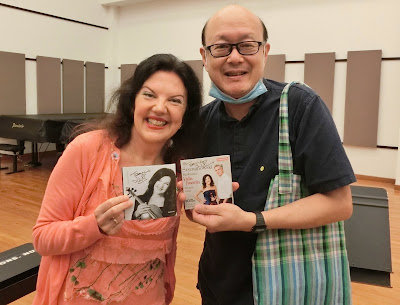 Tasmin's got a fan in Singapore!

I can’t say I know much about jazz singing, for this is music one should be chilling to and simply enjoyed rather than analysed or critiqued. So I will keep this short and say I tremendously enjoyed Clare’s soothing mezzo voice, swinging vibe, and ad libbing, supported by an excellent trio of pianist Jason Rebello, bassist Simon Little and Ben Reynolds on drums, who also lent their voices for some numbers. 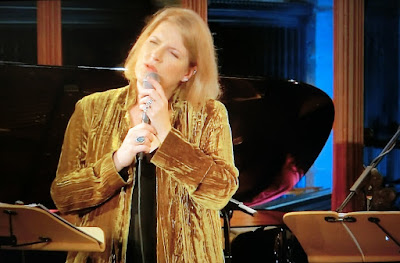 For the record, the songs she styled included I Love Being Here With You (Peggy Lee), An Occasional Man (Jeri Southern), They Say Its Spring (Blossom Dearie), You’ve Changed (Billie Holiday), Let’s Do It, Let’s Fall In Love (Ella Fitzgerald), If I Had A Ribbon Bow (Maxine Sullivan), It’s A Good Day (Peggy Lee), La Belle Dame Sans Regrets (Sting), The Song Is You (Doris Day), I Will (Lennon & McCartney), My Funny Valentine (Rodgers & Hart), Into Each Life Some Rain Must Fall (Ella & The Inkspots), Don’t (Elvis Presley), It Don’t Mean A Thing If It Ain’t Got That Swing (Duke Ellington) and several which I’ve either missed or forgotten. After a long day of work, this was certainly the perfect sort of tonic to go home to and lounge about. 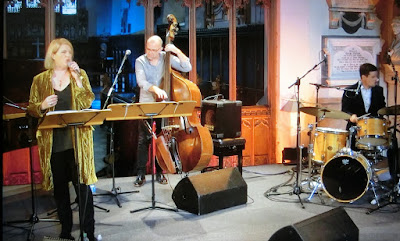 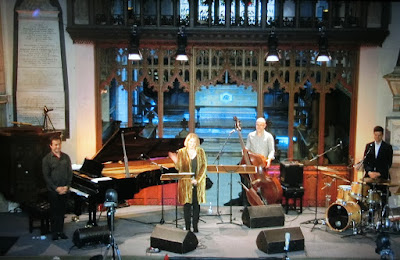