The title of Singapore Chinese Orchestra’s latest live concert must have been a misnomer. After all, how could the feeling of joy be described as awful? Unless one applied the informal or colloqial use of the word, such as in “awfully good” or “awfully nice”, it simply made no sense. Even the adjective “awesome” does not quite apply here.

Nonetheless, this chamber concert, attended by a socially-distanced audience now expanded to a hundred, was just the right antidote to the doom and gloom cast by the global Coronavirus pandemic. Every piece of music performed was simple in conception, light-hearted, happy, or a combination of all three. There was neither the need for plumbing of depths nor profound thoughts here. 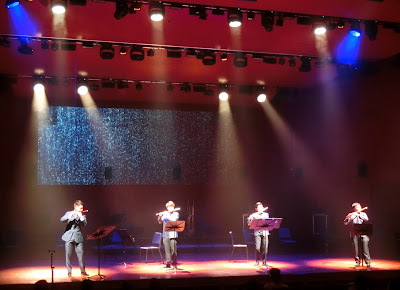 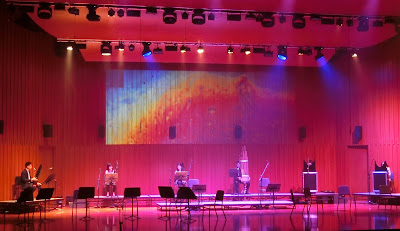 Opening with Li Nixia’s Raindrops, bits of tones issued from four dizi players, seemingly random in sequence, but soon coalesced into a drizzle and later a torrential downpour. The illusion of counterpoint was quite a clever one, such is the nature of falling rain. Young local composer Wang Chenwei’s Childhood for six sheng players was a transcription of a work from his teenage years. Like a sage recounting the joys of simpler times, its catchy themes and fast-slow-fast form were easy to follow, thus making for a lasting impression. 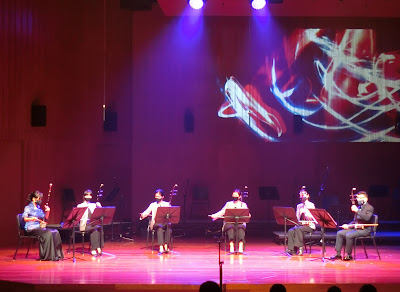 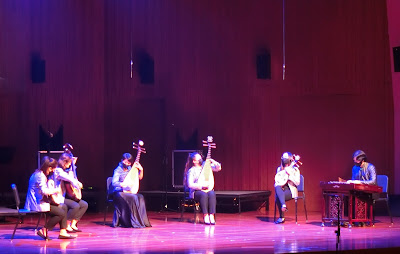 Li Bochan’s Bows and Strings, for three erhus and three zhonghus, was a soothing serenade, with Ling Hock Siang’s erhu carrying the melodic line. It ended quietly with all strings communing in a hushed and beatific unison. Similarly, Bai Haoyu’s Reminiscence for plucked and strummed strings (pipa, ruan, liuqin and yangqin) was a sentimental love song, one imbued with the sensibilities of pop songs and romantic film music. 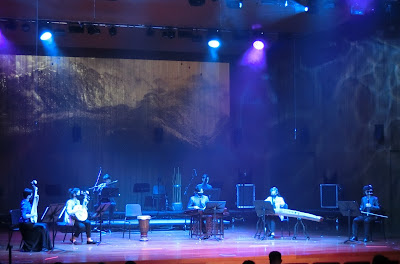 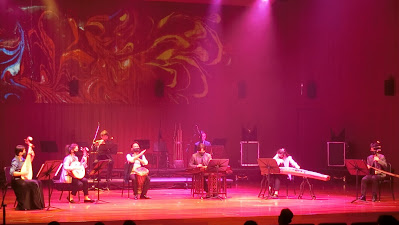 Jiang Ying’s very popular Dunhuang for a mixed ensemble of eight players was led by SCO Resident Conductor Quek Ling Kiong who also doubled on drum and cymbals. This rhapsodic number was Central Asian in flavour, working its way from a slow beginning to a fast and raucous dance-like conclusion. On a quieter but similarly exhilarating note was Liu Xing’s Tuesday Gatherings, an evocation of nostalgia and camaraderie. This elegant work possessed the quality of elegant conversation between longtime friends, with the dizi being the protagonist. 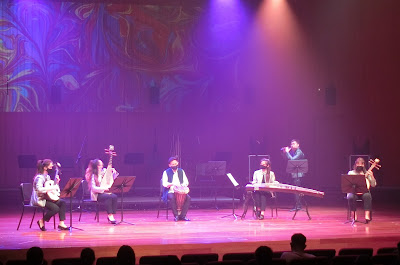 To close was Zhang Yima’s Bu Yi Le Hu (Delight) performed by a tutti ensemble with instructors and alumni of the Singapore National Youth Chinese Orchestra joining in. By now, one might have realised this to be the Chinese title of the concert. It also aptly described a happy-go-lucky, hang-loose kind of piece accompanied by finger-snapping by the audience, providing a satisfying end to an enjoyable evening. So should this concert have been titled “Simply Delightful” instead? 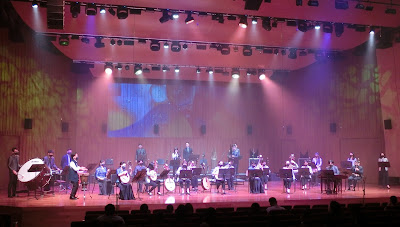 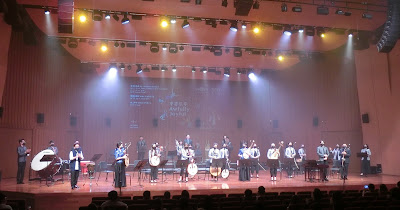