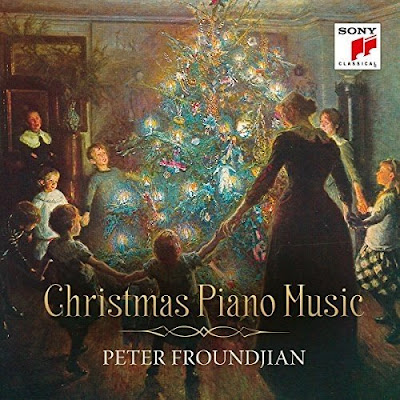 The year-end holiday season is nigh and what better way to herald the festivities than to lounge in Christmas music? Here is an excellent anthology of rarely-heard piano music celebrating the Nativity from German pianist Peter Froundjian, truly befitting the artistic director of the Rarities of Piano Music at Schloss vor Husum festival in North Germany.

Released in 2017, only one of its 33 tracks is remotely familiar. It is also the longest, most virtuosic and most modern sounding: Ferruccio Busoni’s Fourth Sonatina, with the subtitle “in diem Nativitatis Christi MCMXXVII”. Expect contrapuntal intricacies, quirky harmonies and bell sound, which also occupy its companion piece, Busoni’s somewhat shorter Nuit de Noël.

A true rarity is Polish composer Franciszek Brzezinski’s Noël en Pologne, a prelude and fugue based on a Polish carol. Incidentally, this carol is also quoted in Ignaz Friedman’s Noël. Still in the East, Sergei Lyupunov’s Nuit de Noël is the first piece of his four-movement Fêtes de Noël, which begins simply but threatens to become another of the Russian’s Transcendental Études before thankfully holding back.

There are three World Premiere recordings, all by Romantic Danish composers. J.P.E.Hartmann’s Juletrost (Christmas Consolation), Alfred Toftt’s Jule-Idyl and Gustav Helsted’s Pastorale are just lovely and deserve to be better know. Now these will finally be heard with some regularity. Top Dane Carl Nielsen also gets a look-in. His Drommen om Glade Jul (Dream of Silent Night) is premised on the opening of Franz Gruber’s beloved carol Stille Nacht. Still in the north, Finnish composer Selim Palmgren’s simple and enchanting  Snöflingor (Snowflakes) opens the whole recital in a sense of wonderment and fantasy.

French music occupies the final third of the programme. Charles Koechlin’s Pastorales (12 pieces) and Désiré-Émile Inghelbrecht’s Pastourelles (7 pieces) are miniatures, most barely a minute long. The formulae is the combination of simple folk-like or hymn-like melodies, sicilienne-rhythmed pastorales and evocations of bell sounds.

Inghelbrecht’s Berceuse du boeuf et de láne (Cradle Song of the Ox and Donkey) and La marche a l’étoile (March of the Stars) also quotes melodies like Il est né, le divin enfant and the Prelude from Bizet’s L’Arlesienne (itself a Provencal tune), and sets them in delightful juxtaposition. Also heard are André Jolivet’s Carillon and a sole English composer, Arnold Bax’s short set of variations O Dame Get Up And Bake Your Pies.

Peter Froundjian performs all of these with loving care and delicacy, a vivid advocacy without overplaying their value as lovely baubles and trinkets of the vast piano repertoire. Accompanying the totally enjoyable 82-minute programme are excellent well-researched programme notes, penned by Froundjian himself, and some classic illustrations.

Other Christmas listening on piano: 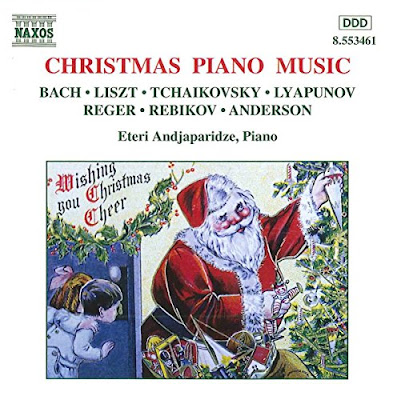 Here is a more traditional programme which includes the whole of Franz Liszt’s Weihnachtsbaum (Christmas Tree) suite and all four pieces of Lyapunov’s Fêtes de Noël. There are some popular favourites like the Bach-Hess Jesu Joy of Man’s Desiring, Bach’s Shepherd’s Pastorale from Christmas Oratorio (transcriber uncredited), Tchaikovsky’s December from The Seasons and Leroy Anderson’s own transcription of his Sleigh Ride. 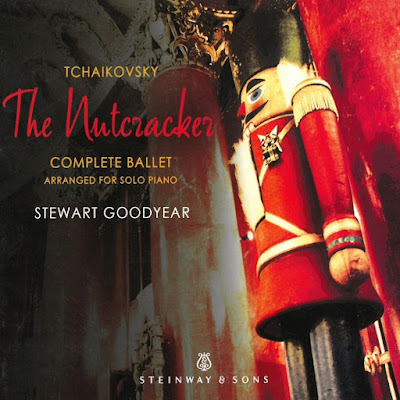 Canadian virtuoso Stewart Goodyear has transcribed the entire ballet for piano, but in order to cram all the music into the space of a single disc, there is a lot of fast playing throughout. However, the key dances (Dance of the Flowers, Sugar Plum Fairy, Trepak etc.) and sequences (Pas de deux, Andante maestoso and finale) get their due. While not as outwardly virtuosic as Mikhail Pletnev’s transcriptions (which takes many liberties), Goodyear is more faithful to the source and the whole spiel hangs very well in one uninterrupted listen. In his capable hands, one simply does not miss the orchestra.