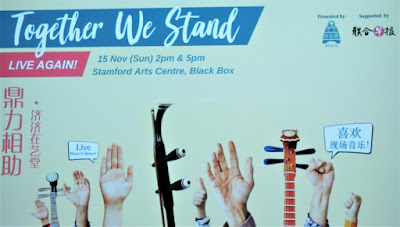 TOGETHER WE STAND, LIVE AGAIN!

An edited version of this review was published in The Straits Times on 18 November 2020 with the title "Socially distanced concert with a surround-sound vibe".

As Singapore emerges from the circuit breaker, Chinese instrumental groups are taking the lead when it comes to performing live concerts. First it was the Singapore Chinese Orchestra in September, and now Ding Yi Music Company has given its first concert of the year. Admitting an audience of fifty socially distanced persons, the 16-member ensemble led by Dedric Wong and Quek Ling Kiong performed a pair of concerts fully masked, with wind players sequestered behind screens which resembled Covid-swabbing stations. 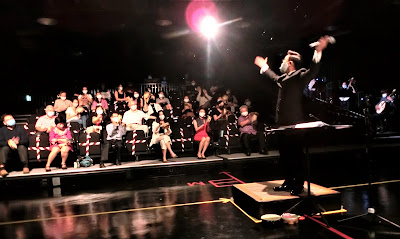 The audience was divided into two blocs, one seated in a gallery while the other onstage, surrounded on four sides by musicians and conductor. That made for a surround-sound atmosphere, which enhanced the experience by being in close proximity with the players, but not too close. 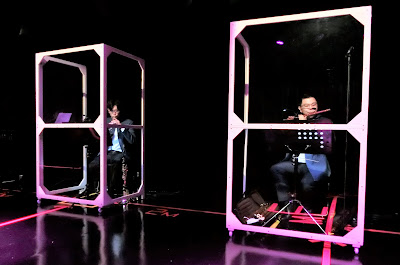 The 75-minute programme was a light one, including popular favourites of the repertoire while being cognizant of various musical origins. From Canton was Han Tian Lei (Thunder In Drought) which opened the concert with a lively bang, balanced by the more sentimental strains of the Hokkien song Wan Chun Feng (Spring Wind) which saw the melody lovingly shared by pipa and guzheng. 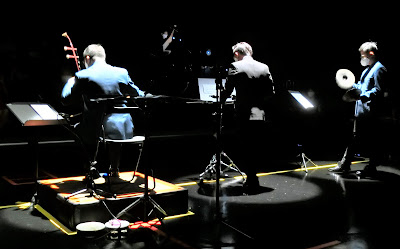 Lo Leung Fai’s Medley Of Hakka Folksongs highlighted the suona and percussion, while alternating between the joyous and the reflective. The late Min Hui Fen’s arrangement of Teochew favourite Winter Ducks Frolicking In The Water for erhu (with concertmaster Chin Yen Choong’s solo) and four percussionists was simplicity itself, beginning slowly but ending in a fast burst. 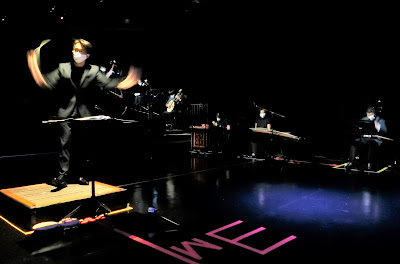 Building upon the theme of unity in crisis, Singaporean melodies were not forgotten. Malay song Lenggang Kangkong, Tamil hit Munnaeru Vaallibaa and Eurasian-Portuguese lovesong Jinkly Nona (Fair Maiden) were give slicked-up treatments, enhanced by audience participation with tambourines and jingles. Young local composer Phang Kok Jun’s arrangement of National Day Parade song Our Singapore provided the icing on the cake, without resisting the temptation of incorporating Dick Lee’s Home into the mix. 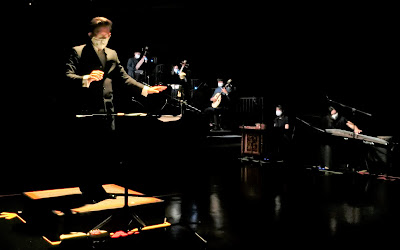 Another aspect of audience interaction was a pre-concert poll of works to be performed. The top votes went to Zai Na Yao Yuan De Di Fang (In That Distant Place) and Jiang Ying’s Dun Huang, both works resonating with Central Asian influences.

The encore was the world premiere of Cultural Medallion recipient Eric Watson’s Together We Stand. An ostinato bass provided by audience clapping was layered with snatches of local songs: Voices From The Heart, Di Tanjong Katong, Munnaeru Vaallibaa and Singapore Calypso. The result of which was a contrapuntal stew, a veritable musical rojak, but something we could proudly call our own. 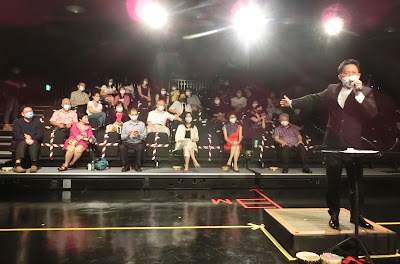