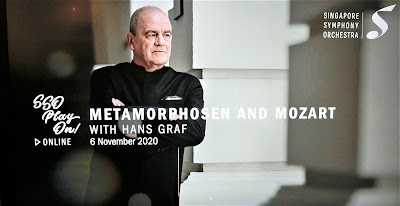 One unforeseen consequence of the present pandemic and social distancing measures has been the proliferation of chamber music performances. At a time when large-scaled symphonies, choral works and operas are not being performed, there has been a boon for the likes of Bach, Mozart, Haydn and composers whose output included works for chamber-sized forces.

The latest Singapore Symphony Orchestra concerts have followed this trend, smartly juxtaposing classical composers with those from the 20th century. Under Chief Conductor Hans Graf’s direction, Richard Strauss and Mozart became comfortable bed-fellows in a programme that contrasted grief and mourning with verve and jollity. 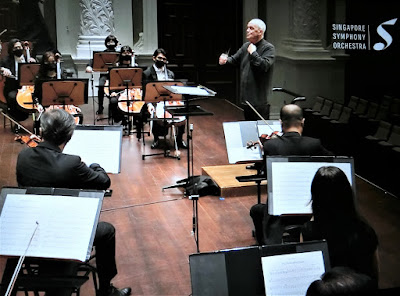 Strauss’ Metamorphosen (1945) was a late and autumnal work for 23 string musicians composed on the wake of the Second World War’s horrors. Germany, originally the aggressors, had been soundly defeated, with its cities laid to waste by Allied bombing. A far cry from his brash tone poems and opulent operas, its austere half-hour was served with the solemnity and decorum it deserved.

SSO strings were, as usual, sumptuous and richly sonorous without trivialising the requiem that was being delivering. The pacing of its narrative was expertly reined by Graf, with tempos which neither dragged nor became a caricature of its funereal message. 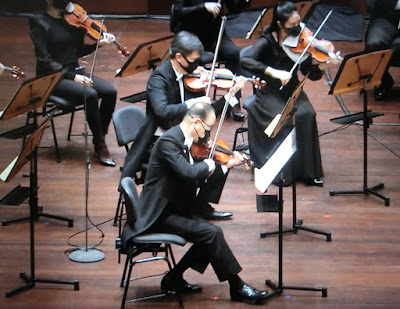 Varied textures were neatly layered, with solos by concertmaster Kong Zhao Hui emerging from the throng like a beacon through a mist of strings. The music gradually built up to a cathartic climax, before a quote from Funeral March from Beethoven’s Eroica Symphony near the end reminded that this work marked a definitive end to a sorry epoch in history. 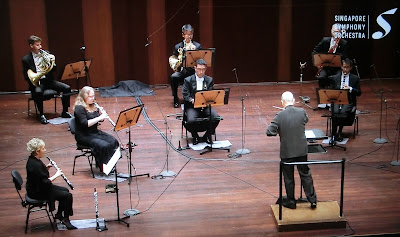 Following this was Mozart’s Serenade in B flat major (K.361), also called the Gran Partita, scored for 12 winds and double bass. Its seven movements spelt pure delight from start to finish. The slow introduction to the opening movement provided a sense of sobriety before festivities were unleashed.

Playing was pin-point and precise, with clarity and nimbleness of articulation being enduring hallmarks. In the slow Adagio third movement, one might be reminded of a memorable scene from the movie Amadeus. Here Antonio Salieri’s vivid description of the oboe’s sublime entry, “a single note, hanging there, unwavering...” is relived. To this end, principal oboist Rachel Walker’s pristine solo seemed like the perfect embodiment of Mozart’s spirituality and divinely ordained gifts. 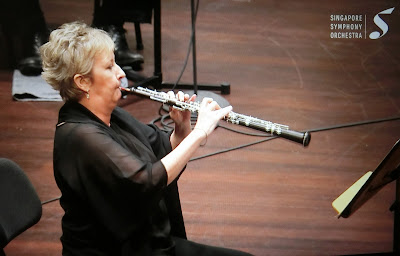 The ensuing movements were no less inspired, with performances to match. The jaunty Menuetto was well contrasted with the stately Romance and its animated central section, while the sixth movement’s inventive Theme and Variations provided a neat summation of the players’ responsiveness and proficiency. All was brought to bear in the fast and furious Rondo finale, milked for all its worth, and one heady romp bringing the chamber concert to a happy close. 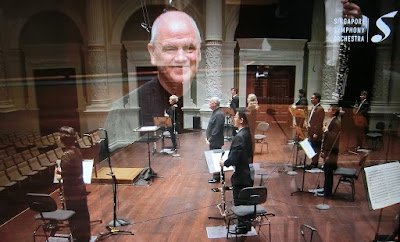