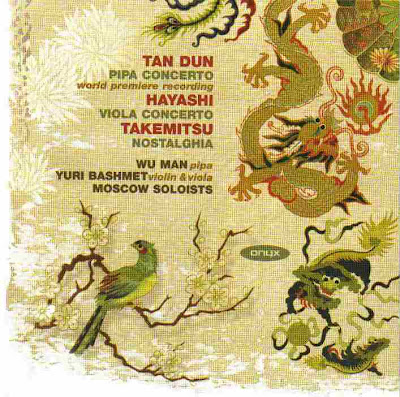 Globalism is said to have succeeded when a Russian ensemble plays and records Chinese and Japanese music so well. Followers of Tan Dun, surely the most “commercial” of the clique of Chinese-American composers, will certainly not want to miss his Pipa Concerto. It unfolds typically like his movie soundtracks, alternating quiet and meditative sections with exciting climaxes, all in a highly tonal and accessible Chinese idiom. Hangzhou-born virtuoso Wu Man – now the world’s most famous pipa exponent – also lends her voice in this melodramatic score, accompanied by shouts from the string players. Yuri Bashmet also solos in Hikaru Hayashi’s Viola Concerto, soulful Japanese fare flavoured with Bartok and Janacek orchestral colours. Violist turns violinist for Toru Takemitsu’s Nostalghia, a brief but beautiful piece. Takemitsu’s versatility in different styles is also amply demonstrated in a suite of film score highlights. Grab this one if you can. 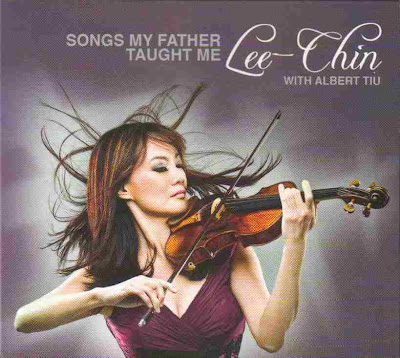 Despite its title being a tribute to her violinist father, Siow Lee-Chin’s début album is a musical autobiography of her journey from child prodigy to mature performer. And this may very well be a first-ever locally produced compact disc recording by a Singaporean violinist. Showpieces she learnt as a student - Wieniawski’s Polonaise in D and Paganini’s Cantabile – are de rigeuer, as is a virtuoso gypsy element – Sarasate’s Gypsy Airs, Kreisler’s La Gitana and Monti’s Csardas - which sums up her itinerant years as a “wandering” minstrel.

What distinguishes is her lovely, warm and effusive tone coaxed from the National Arts Council’s 1750 Guadagnini violin. Tear-jerkers like Heinz Provost’s Intermezzo, Amy Beach’s Romance and Manuel Ponce’s Estrellita are testament to that. I challenge the listener not to be touched. Partnered sympathetically by pianist Albert Tiu, this peach of a disc, vividly recorded at the Yong Siew Toh Conservatory, should be in every music-lover’s collection. 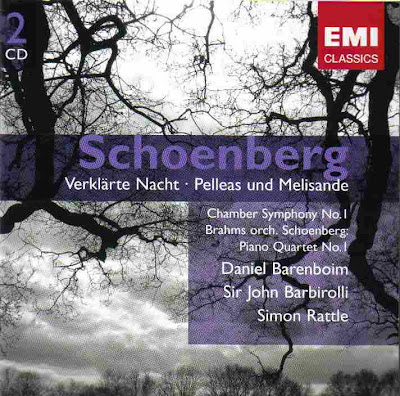 SCHOENBERG Orchestral Works
EMI Classics 3714925 (2 CDs)
Rating ****
Arnold Schoenberg (1874-1951) was the avant-garde Viennese composer whose radical ideas on tonality and harmony revolutionised music. His rules of dodecaphony treated all notes equally, so that something “tuneless” and totally discordant could pass as music. After Wagner, Schoenberg became inevitable. The supreme irony is that Schoenberg’s early Wagner-influenced pieces have become his most performed and recorded works. Verklärte Nacht (Transfigured Night) is his greatest hit; its poignant subject of unconditional love seems more Romantic than Expressionist. The 42-minute long symphonic poem Pelleas and Melisande is the logical extension of Tristan and Isolde, rambling but without the voices.

His first important “modern” work is Chamber Symphony No.1; its economy of themes lends it a certain cohesiveness and approachability. Schoenberg’s colourful transcription of Brahms’ First Piano Quartet, cheekily referred to as Brahms’ Fifth Symphony, is Schoenberg at his most exuberant and irreverent. These performances by British orchestras dating from 1968 to 1995 – conducted by Barbirolli, Barenboim and Rattle – provide a listener-friendly introduction to a great but controversial musical personality.
Posted by Chang Tou Liang at 09:49