DR. JOHN SHARPLEY, Composer & Music
Leong Yoon Pin was the first Singapore composer that I met after having moved to Singapore in December of 1985. I was immediately struck not only by his enormous and wide-spread contribution to music but also by his humility and compassion. His love for music and humanity was profound and enduring. He warmly welcomed me to my new home and community. Over the ensuing years, his support was unfailing. Knowing that Leong Yoon Pin was present in my own concerts or public talks was always a joy and an affirmation of Singapore’s musical community. Composer, educator, conductor, writer, humanist, Leong Yoon Pin is undeniably a major force towards the development and fruition of music in Singapore. His legacy lives on not only in the hearts and minds of those whose knew him but in countless unseen, unspoken ways.

DARRELL ANG, Conductor & Composer
Leong Yoon Pin was the father of Singapore composers, and rightly so. I studied with him throughout my secondary school days when he had already gained the status of the nation's pre-eminent master musician. Far from being strict, he rather took a very fatherly approach to teaching (or perhaps that's because I was merely a boy of 13, so in reality he was more like a grandfather to me!).
I wanted to study Composition, having had hopes of becoming a symphonist like him. Instead, he insisted I put on hold my dreams of ever writing a bar of music until I had gone through lessons in Harmony, Counterpoint and Orchestration. Mr. Leong did not believe in short-cuts. He went through with me VERY PATIENTLY every single exercise, week-after-week, until the principles were firmly grounded in me. We never really went into the "craft" of compostion, for he believed that every composer will find his own voice once the fundamentals were in place.
I would like to thank him for that. Later when I arrived at conservatories in Vienna and St. Petersburg, my professors all took notice that I possessed a good command of the basics, and that really put me in good stead. 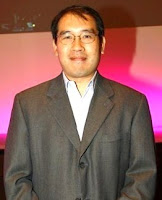 Mr. Leong Yoon Pin showed us how to be Singaporean composers; not by blindly imitating him, but by composing in a manner that would be true to ourselves. He paved the way by showing that it was indeed possible for a Singaporean to compose to the loftiest artistic standards. As a giant, he challenged each of us to be larger than what we thought we could be. Like other seminal figures, Mr. Leong’s spirit continues to live and breathe within each bar of music composed by a Singaporean.

Mr Leong believed in what the Singapore Youth Choir could be in the music he wrote for us, challenging us to extend the boundaries of our craft (even when we ourselves didn't always believe we could). The example of his life and writings inspires us to keep faith with ourselves, with what we do as musicians. His music made us think about (and re-think) our musical identity and what it means to be Singaporean, and musicians. His presence at our concerts and unfailing support of choral music encouraged us to grow and come into our own. Thank you, Mr Leong. We would not be here without you. 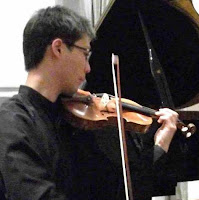 I got to know Mr Leong when I was working on my “O” Levels Music Elective Programme project on a local work. The piece I had chosen was his Dayong Sampan Overture. We had five sessions together exploring, dissecting the form and structure of the piece, and his orchestration. Despite the time and effort he spent with me, he refused to accept any payment or gratuity. I will always be touched by his gesture.
Another work of his which I enjoyed was Feasting In The Woods, premiered by the SSO in 2000. Every time I am reminded of it and its beautiful flute solo at the opening, I always think of Bukit Timah and the nature reserve. I had plans of commissioning a work for violin and piano for a forthcoming recital and Mr Leong was genuinely interested in the idea. Unfortunately that would not be possible now. 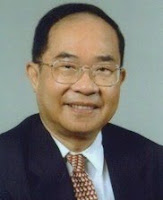 With the passing of Leong Yoon Pin, Singapore has lost one of its most talented composers and musicians. He was always humble and sincere in spite of his fame. I am glad he was the Singapore Symphony Orchestra's inaugural Composer-in-Residence, bringing his music to a wider local audience. 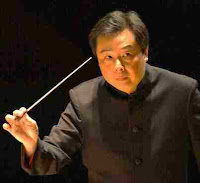 Leong Yoon Pin was a seminal figure in Singaporean music making, a grandfather figure to us all. As a former member of the Singapore Symphony Orchestra, we played his works over the past 30 years. However my closest collaboration with him was four years ago, when the Yong Siew Toh Conservatory New Music Ensemble made its début. I wanted to honour a pioneering Singaporean composer in the programme, and Mr Leong was the natural first choice. We performed his Strands (composed in 1987), playing from his hand-written scores. He came to the Conservatory for rehearsals, where we presented him with digitised editions of his score. He was very pleased with the performance and had many nice things to say. The concert on 17 November 2007 paved the way for more local composers to be featured in the NME’s programmes.

How did I first get to meet Leong Yoon Pin? My first teacher was Lim Ah Lek, a former student of Mr Leong. I remembered Mr Lim saying, “There is nothing more I can teach you. Why don’t you go and learn from Mr Leong instead?” That was in 1982, when the Singapore Youth Orchestra was preparing a work of Mr Leong’s to perform in Rome. After the rehearsal at Victoria Concert Hall attended by Mr Leong, I ran with violin case in hand, approached him in the lift and popped the question. To my surprise, he said he had heard of me and accepted to be my composition teacher for a nominal fee of $20 a month, as long as my parents agreed. In those days, that was relatively a small sum, as most other teachers were charging $80 a month. He just wanted me to be serious in my compositional studies. The very discipline and rigorous training I received was invaluable. Thanks to his dedication, I wanted to become a serious composer myself.
His studies with Nadia Boulanger were a deciding factor that, I too, wanted to study in Paris. I received weekly lessons through my schooling years, and after National Service until I left for France. He was also the first Singaporean composer to write symphonies, and that also influenced me to pursue that avenue of composition. Everything I learnt from him, I have tried to impart to my own students.
Posted by Chang Tou Liang at 16:30

I studied composition with Leong Yoon Pin in the 80's, he was staying at Bayshore Park at that time. He was a very strict composition teacher but a good one. R.I.P. to a composer icon of Singapore.