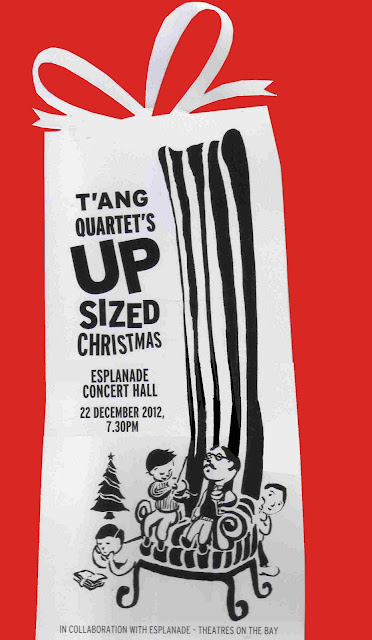 This review was published in The Straits Times on 24 December 2012 with the title "The T'ang of Christmas".

It is good to see that the T’ang Quartet can still pack a concert hall after all these years. Two decades ago, they were the “Bad Boys” of classical music, striving to do something different and make an impact. Today, they are the stylish middle-aged men of the local scene, wiser and wizened, but no less irreverent.
One could already anticipate the tomfoolery when they strutted on stage in Calvin Klein jeans, and with cellist Leslie Tan balancing precariously on an outsized armchair designed by Francfranc as they performed the first work. Professor Teddy Bor’s Eine Kleine Bricht Moonlicht Nicht Musik was the perfect opener, throwing up Mozart’s favourite serenade with highland melodies like Scotland The Brave and Auld Lang Syne into the mix. 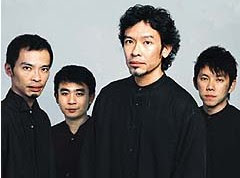 Only the T’angs could bring out a barrel of laughs from the usually austere figures of 20th century composers Shostakovich and Hindemith. The former’s Polka from The Age of Golden was performed straight – itself two minutes of pure satire - and the latter’s Minimax benefited from scripted gags by Pamela Oei and Ivan Heng.

Minimax was Hindemith’s answer to Mozart’s A Musical Joke, a 25-minute spoof in six movements on musical clichés, poor technique and the chicanery musicians get up to. Prefaced by violist Lionel Tan’s remark, “Somebody did not practise again!” his brother Leslie was literally the butt of the jokes with off-pitched playing, mistimed cues and the breaking of wind.

There was the customary send-up to Wagner, the Johann Strauss waltz, the military march, and the rivalry between fiddlers as second violinist Ang Chek Meng attempted to upstage his leader Ng Yu Ying. Whether the reference to tonight’s AFF Suzuki Cup Final between and was intentional or not, both received red cards from referee Lionel, as Leslie blew a whistle for their efforts. Believe it or not, it is more difficult to deliberately play badly than one thinks. 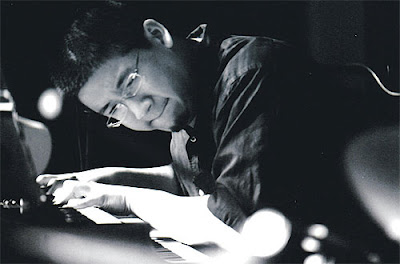 Christmas music dominated the second half. Local jazz pianist and arranger Kerong Chok’s (above) medley was classy lounge music, opening with Mykola Leontovych’s Carol of the Bells and Howard Blake’s Walking in the Air from The Snowman, before incorporating The Christmas Song, Silent Night and Let It Snow. Chok’s cool and understated pianism was well supported by the quartet, who was already in cruise control. 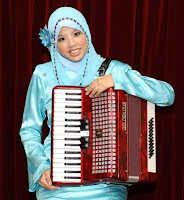 Closing the show was Syafiqah Sallehin’s (left) medley Nutty But Nice which cleverly interpolated movements from Tchaikovsky’s Nutcracker Suite with various seasonal favourites. A female Malay-Muslim composer arranging Christmas music for four Chinese guys is one for the books, the sure sign that our multi-cultural society has inexorably progressed.

Whoever thought of merging the Trepak with Feliz Navidad, using the ostinato bass of the Arabian Dance as rhythm for The Little Drummer Boy, or playing a neat game of counterpoint with Waltz of the Flowers and Silver Bells? Such surprises, coupled with the T’ang Quartet’s usual showmanship, gave the fuzzy, warm and happy feeling on seeing a well-filled stocking on Christmas morning. Have a Blessed and Merry Christmas, you all.
﻿
Posted by Chang Tou Liang at 08:00