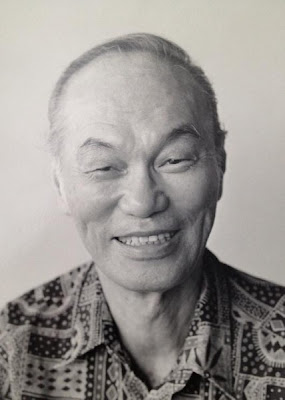 We remember pioneering Singaporean violinist SIOW HEE SHUN (1935-1912), who passed away on 23 December 2012 after a prolonged illness.  He was a member of the Singapore Symphony Orchestra when it gave its first concerts in January 1979, one of eight Singaporeans who were founding members of the orchestra. He was also a well-known violin teacher, who counts among his students her daughter well-known Singaporean violinist Siow Lee Chin and many others.

I was at his funeral wake when I found out that he was a survivor of the Japanese holocaust (Sook Ching or ethnic cleansing) that took place during the Second World War when the Japanese Imperial Army occupied Singapore. He and many young Chinese males were rounded up by Japanese soldiers and were forced to dig their own graves before being machine-gunned at close range. He fell into the pit and feigned death despite being bayoneted as well. He laid in the mass grave till nightfall and after the soldiers left, before escaping into the darkness. His children remember being shown the stab wounds on his back.

After the war, he picked up the violin and had lessons with the legendary pedagogue Goh Soon Tioe. As he could not afford a formal education in music, he was largely self-taught and made a living by playing in string ensembles and bands in Malaya and Singapore. He is survived by his wife and three grown-up children. His eldest is daughter Siow Lee Chin, who dedicated her debut violin recital album to him, entitled "Songs My Father Taught Me". Like her father, Lee Chin is also a dedicated teacher and is presently the Head of Strings at the College of Music in Charleston, South Carolina. His elder son, Dr Siow Yew Nam, a consultant paediatric anaesthetist at Kandang Kerbau Hospital, is a very accomplished amateur violinist. 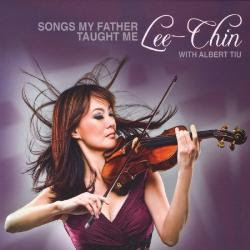 Mr Siow suffered from Parkinson's Disease during his final years, but was still very moved by music. He also helped Lee Chin by actively listening to her takes during the recording process and was involved in the editing. He was well enough to attend Lee Chin's concert with the Singapore Symphony Orchestra in January this year at the Esplanade. Although he became less responsive and could not recognise loved ones, Lee Chin remembers that whenever she played the violin for him, tears would roll down his cheeks. It was the love of music and his family that kept him on until his final days.

Without pioneering musicians and teachers like Siow Hee Shun, the musical scene in Singapore will not have been what it is today (with no thanks to the Japanese). For this, we owe him a debt of thanks.
Posted by Chang Tou Liang at 07:30