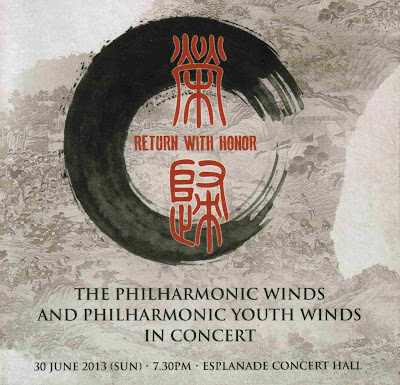 This review was published in The Straits Times on 2 July 2013 with the title "Wind ensemble's breezy victory".

If your musical child does not play the piano, string instrument or sing, count yourself lucky if he or she joins a wind band. Judging by the number of recent concerts by wind ensembles here, there seems to be a renaissance of wind music underway. Seldom has this reviewer seen so many bright and happy young people at a concert in the Esplanade, one given by the excellent Philharmonic Winds and its junior wing, the Philharmonic Youth Winds. 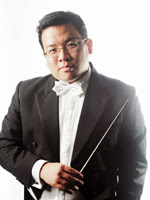 The youngsters brought the evening to a rousing start, conducted by former Singapore Symphony orchestral manager Adrian Chiang. Gustav Holst’s First Suite for military band may be several leagues from his starry Planets, but it is entertaining nonetheless. The opening Passacaglia’s short variations gave the players a good warm up, before flexing further lung power for the faster Intermezzo and the pomp and pageantry of the folk-influenced March.

In Keiichi Kurokawa’s virtuosic arrangement of Alexander Borodin’s Polovtsian Dances from Prince Igor, the forces became stretched. Clarinets struggled to keep up in the swirling Maidens’ Dance, but there was genuine heft and resonance for the loud and celebratory bits. Special mention must go to the solo oboe and cor anglais, sounding ever poignant in the melody that will be remembered as Strangers In Paradise from Kismet. 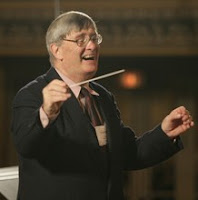 Eminent British wind maestro Timothy Reynish took over the baton for Guy Woolfenden’s Gallimaufry, a Shakespearean tableaux in six continuous movements on the friendship of Falstaff and young King Henry IV. His ownership of the engaging suite is absolute; Reynish had commissioned and premiered the work 30 years ago, and the players were up to the task.

The senior Winds, a smaller but mature ensemble, owned the second half. Spaniard Luis Serrano Alarcon’s La Lira de Pozuelo, a pasodoble or quick two-step dance usually associated with bullfights, had both the spirit and polish. More serious was Martinez Gallego’s El Agua Prodigiosa (The Miraculous Water), programme music on the adventures of Johan and Peewit, two legendary do-gooders from the Middle Ages. There were dissonances aplenty, but the ensemble coped well in what sounded like swashbuckling action film music. 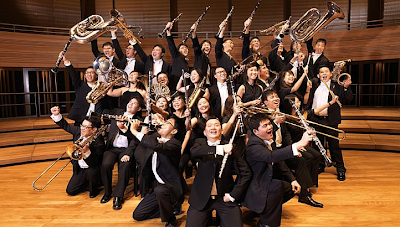 The most ambitious score was Ambush (Return With Honour) by Chen Qian, who is the composer-in-residence of the military band of the People’s Liberation Army. A modern setting of the ancient famous Qin dynasty battle classic Ambush From Ten Sides, Chen avoided tired Chinese clichés but employed the traditional dizi and guanzi to good effect.

Chanting, both in tune and in unison, from band members provided a spiritual element in the quiet and evocative lead-up before the final onslaught and General Xiang Yu’s demise by his own hand. “Death before defeat” was his legacy of martyrdom, but for the players who braved the storms and gave their all covered themselves mostly with glory. Conquering the work was a victory in itself.
Posted by Chang Tou Liang at 08:00